Several texts on the history of chemical warfare mention the story that in May 1924 the U.S. Army Chemical Warfare Service (CWS) treated President Calvin Coolidge for a severe cold with chlorine. For example:

In May 1924 the CWS sealed President Calvin Coolidge into a gas chamber and pumped in low levels of chlorine gas to cure his cold. After 45 minutes inside the chamber, Coolidge emerged and returned to work.

In all relevant texts that I have found, the original source of this story is the newspaper article “Army’s Chlorine Gas Helps Coolidge’s Cold; He Spends 45 Minutes in Air-Tight Room”, The New York Times, May 21, 1924, Page 1.

The CWS organized and financed various publicity campaigns in order to prove their importance; however, such a potentially dangerous publicity stunt seems to be excessive since it was known that exposure to chlorine could cause damage to one’s health, including delayed pulmonary oedema. This makes me doubt whether the story is absolutely true. Could the newspaper article be exaggerated in any way? Are there any other references for this story?

Yes, President Coolidge was treated in a sealed room with chlorine gas on 3 consecutive days (May 20-22, 1924).

On the second day he brought his wife into the room even though she wasn't sick. He liked the treatment so much he is quoted by American Review vol. 71 as saying to Bishop Anderson:

You must go down and take a chlorine treatment. I recently cured a bad cold in that manner and I know you will be relieved 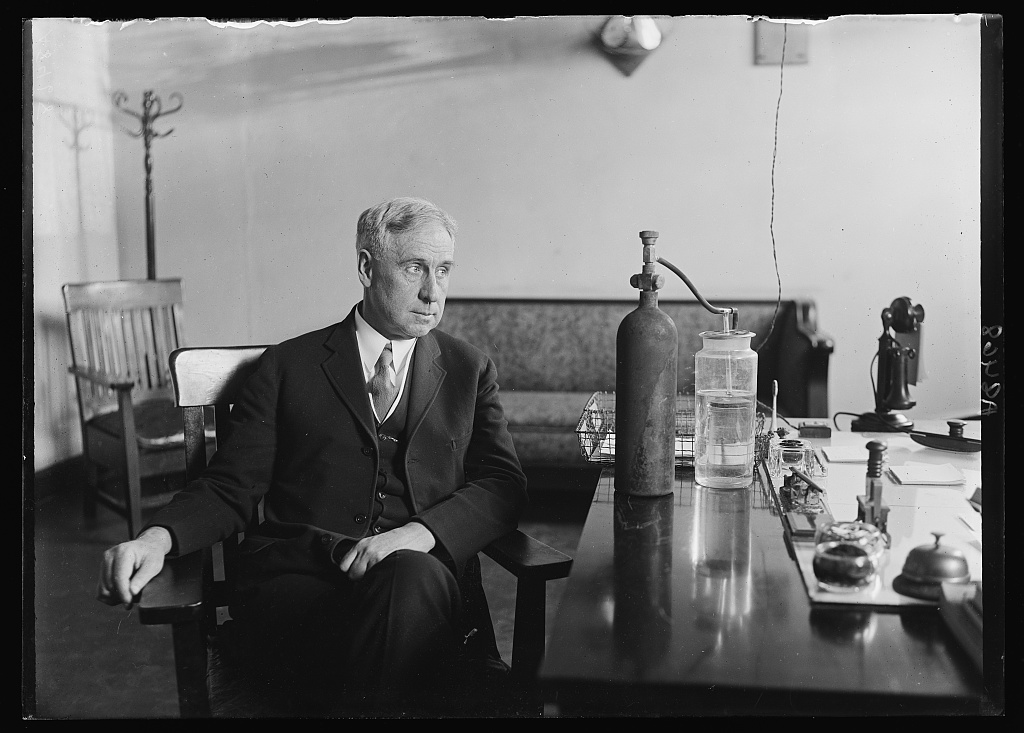 Col. M.A. DeLaney, U.S.A., the man who has been treating Pres. Coolidge on May 22nd while the Pres. was in the air-tight room receiving the chlorine gas treatment for his cold. Col. DeLaney is watching the apparatus that denotes the amount of gas being sent into the air-tight chamber

Source: US Library of Congress

In addition to the President, according to War and Nature :

In a room near the Senate Appropriations Committee, the Chemical Warfare Service gassed more than 750 people, including 23 senators and 146 representatives.

Research refuting the effectiveness of such treatments was published in VALUE OF CHLORIN IN THE TREATMENT OF COLDS JAMA. 1925;84(22):1629-1632

16
Did the U.S. government have prior knowledge of 9/11?
22
Did the Vatican build a secret property empire using Mussolini's millions?
124
Did the Nazis kill Jews with gas chambers?
7
Did the U.S. government try to rename hamburgers to "liberty sandwiches"?
3
Did Massachusetts assume "a right to treat the Indians on the footing of Canaanites or Amelekites"?
8
Did any U.S. president try to set up an interest free monetary system in the past?
11
Did the chief baker of the Titanic survive two hours in ice-cold water?
19
Did the U.S. refuse coronavirus testing kits offered by the World Health Organisation?