Do we have more archaeological evidence than the artists and writers in the Romatic period to support the idea that Vikings don't wear horned helmets in battles?

Would "common sense" be a sufficient reason to support such an idea (that warriors wearing horned helmets are more easily caught and killed by enemies)?

We don't have any evidence they did wear horned helmets.

Weapon - A Visual History Of Arms And Armor, describes viking equipment on pages 53-56; the most common viking helmets were the simple metal plated helmet, Gjermundbu-style helmets and Wenceslas helmets.

Horned helmets are not even mentioned.

The leftmost helmet is a Wenceslas helm, and rightmost is a Gjermundbu-style helmet: 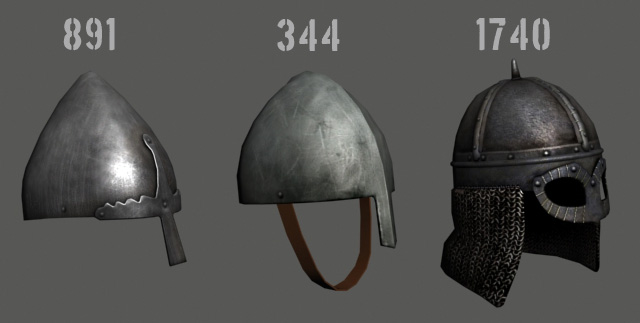 Also see this website; it mentions viking equipment, and there's no trace of horned helmets.

So where did the image of a horned-helmeted Viking come from?

Apparently, the idea of vikings wearing horned helmets originated from one of the tapestries discovered on the Oseberg ship:

What we do have is one single piece of evidence, the ninth century Oseberg tapestry, suggesting a rare ceremonial use (the relevant figure on the tapestry may even be that of a god, rather than representative of real Vikings) 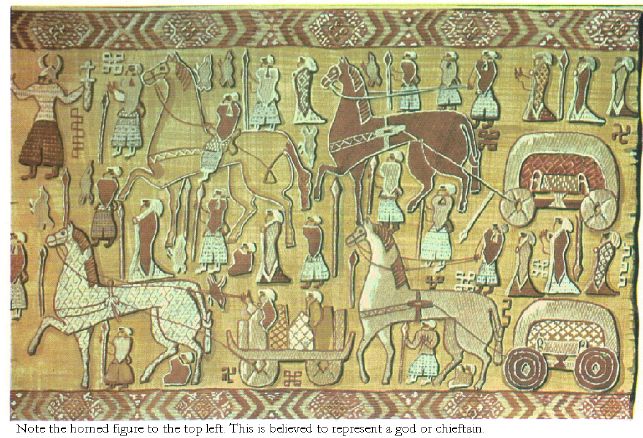 32
Pirates with a prosthetic hook: Lore or Truth?
49
Did pirates talk the way they are currently portrayed?

29
What is the most realistic estimate for how far the Vikings could have explored the western hemisphere?
12
Did the Ottoman sultans kill their own brothers?
22
Did anyone ever escape from Alcatraz?
32
Did the early dark ages exist?
15
Did pirates commonly wear eye patches?
4
Did Nazi soldiers cut off their own eyelids?
0
Did the Nazis meet in a “gay” bar?
24
Did 3000BC Egyptians use meteoric iron weapons?