Is this picture of a bent propeller genuine?

This picture has been floating around the internet recently: 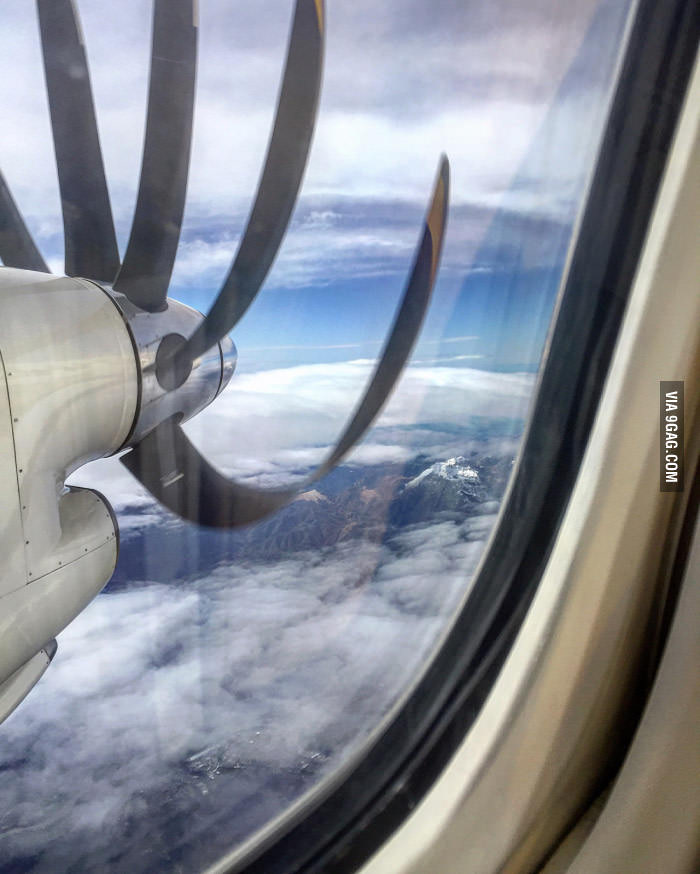 Is it a genuine picture or photo-shopped? Or perhaps its some sort of optical illusion similar to the wagon wheel effect?

It's an effect of the camera's rolling shutter.

In many cameras, the image sensor doesn't capture the entire scene simultaneously. Instead it samples from its pixels row by row. Objects that move between samples may appear distorted across the image.

Here's a paper that describes the typical rolling shutter sampling process and the resulting image geometry.

This article has a lot more details on the rolling shutter effect. Further down the article, when it mentioned (s=1), shows the effect being captured by the above photo:

Not the answer you're looking for? Browse other questions tagged aviation photography .

109
Does camera flash destroy art?
19
Is the climber's head-lamp backstory for this long-exposure photo feasible?
47
Did Esurance put up a billboard saying "Cover your home in a dick"?
4
Is this photograph of Frank Sinatra as a 10 year old real?
30
Is this picture of Rachel Dolezal reading a book called "How to be Black" genuine?
36
Was this Jet Blue airplane snowed in?
23
Is this a declassified photo?
7
Does this photo depict a human flesh market during the Russian famine?
68
Was Bill Gates' mugshot photo used in 2010 as a template for Outlook contacts?
82
Is this photo of a road detouring around a tree authentic?