Does legalizing drugs (controlled substances) actualy lead to a decrease in their use? [duplicate]

The two memes below make the claim that legalizing drugs will actually lead to a decrease in their use. 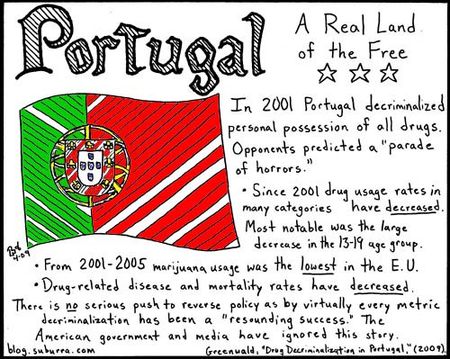 Portugal, A Real Land of the Free. In 2001 Portugal decriminalized personal possession of all drugs. Opponents predicted a "parade of horrors". Since 2001 drug use rates in many categories have decreased. Most notable was the large decrease in the 13-19 age group. From 2001-2005 marijuana usage was the lowest in the E.U. Drug-related disease and mortality rates have decreased. There is no serious push to reverse policy as by virtually every metric decriminalization has been a "resounding success". The American government and media have ignored this story. blog.suburra.com Greenwald, "Drug Decriminalization in Portugal" (2009)

Or this popular series of memes: 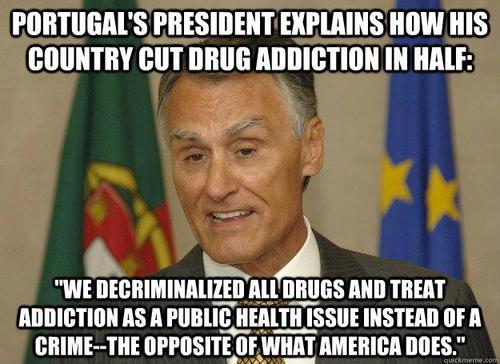 Portugal's president explains how his country cut drug addition in half: "We decriminalize all drugs and treat addiction as a public health issue instead of a crime -- the opposite of what America does."

48
Does decriminalizing drug use lead to less drug use?

48
Does decriminalizing drug use lead to less drug use?
44
Does legalizing prostitution lead to an increase in human trafficking?
19
Does legalizing prostitution decrease sexual violence against all women?
20
Does marijuana impair driving?
8
Does prohibition make illegal drugs less safe?
12
Is it illegal for pharmacists to tell their patients that their drugs are cheaper than their co-pay if they pay cash without using their insurance?