Can magnets be used to clean laundry?

According to the Magnetic Laundry site, magnets can be used instead of detergent to clean laundry! 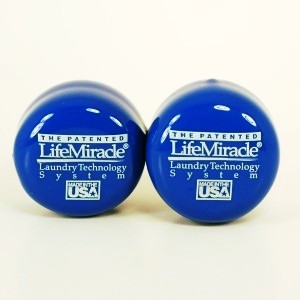 For a "scientific" explanation, their video states:

These magnets work at an atomic level to lower the surface tension of the water doing naturally what a detergent does chemically.

To me this seems complete nonsense. And yet they get very positive reviews on Amazon!

Do these magnets work?

"To me this seems complete nonsense."

As it does to anyone that looks any further than the company's own advertising.

McGill University's Office for Science and Society ("Separating Sense from Nonsense") has a report on the magnetic laundry device.

The two key points are that the patent has nothing to do with whether the device actually does anything useful:

It is important to understand that the only requirement for obtaining a patent is novelty. In this case, since nobody before had the idea of putting magnets into a washing machine, the patent was not hard to get. When it comes to the patent, there is no need to show that the magnets actually do anything, just that their use in this context is novel.

and that except for marketing, the scientific tests were pointless:

How about the study carried out by a testing lab that examined the cleaning efficacy? Technicians actually took bundles of clothes, washed them in a magnet equipped washing machine and demonstrated they came out cleaner than they went in. Surprise, surprise! Water is an excellent solvent and cleans remarkably well even without any detergent. The “study” had no control. That is, there was no comparison between laundering with just water and laundering with the magnetized water.

Not the answer you're looking for? Browse other questions tagged environment water cleaning magnets magnetism .

3
Can processed coconut extract, corn, tree sap, potatoes and grass be combined to be used as a calcium and lime remover?
18
Against the law to spray-clean not according to label directions?
2
Can we preserve youth wearing a magnet?
12
Can burning potato peels clean a chimney?
3
Is the water used in coal burning power plants “never returned to the environment”?