Can 100 bicycles be made from the materials used to build one car?

I found this tweet from Greenpeace Colombia which says:

The materials used to build one car could make 100 bicycles 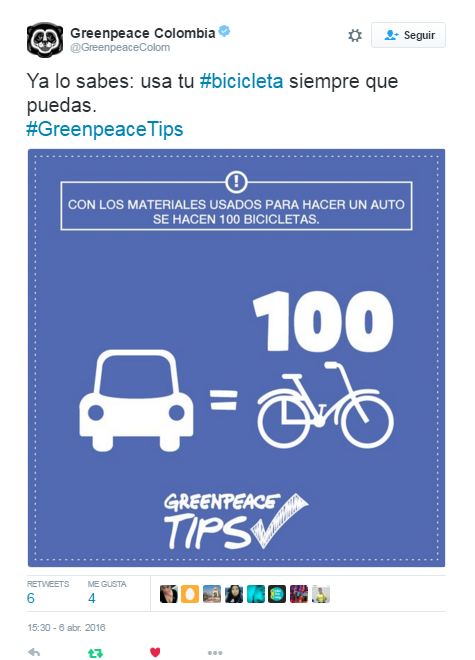 Active Oldest Votes
4
Want to improve this post? Add citations from reputable sources by editing the post. Posts with unsourced content may be edited or deleted.

This is obviously not true. You have to look at the different materials cars or bicycles are made from because that statement doesn't restrict itself to a specific material.

Since someone actually disputes this, here are some sources.

You can find here that a car tire has a mass of 22 pounds (9.98 kg). The page also states how a car tire is composed. It's 41% rubber which means that one car tire has 4.09 kg rubber. Therefore, each bicycle tire had to have 102 g of rubber or less. You can take from this page that the inner tubes alone have about that mass and the shells even add about twice that 102 g to the total mass of the rubber part of a bicycle tire.

You can find out from the first link that there isn't much other than rubber and carbon to the rubber part of a tire. But for the numbers to match up, more than two thirds of the rubber parts stated above had to be something different than rubber.

Not the answer you're looking for? Browse other questions tagged social-media bicycles vehicle .

11
Does an e-bike produces only 1/10 carbon emissions for each mile of an conventional electric car?