Is this document describing pedophile logos an authentic FBI document?

A symbol purportedly called the "GirlLover logo" found on FBI documents from 2007 looks similar to the symbol O’Kelly found on the toy she bought.

According to the documents, the logo symbolizes a relationship between an adult and a minor girl.

Is this a genuine FBI document?

As you noted, the information does seem to be part of an "FBI document" sent to law enforcement, albeit one that quotes Wikipedia as a source. That said, there's no proof yet that this is an official document, or correct. Take, for example, the infamous Blue Star tattoo memo, which claims that there's a growing issue with people trying to "hook" kids on LSD by impregnating tattoos with cartoon characters with acid.

Also, answering the question in your title, the symbol might have been an unintentional similarity. Unilever uses a very similar symbol and have for many years. 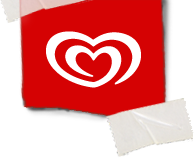 Just for the sake of completeness, Snopes ran an article about the situation and their verdict was that there's some similarity, but a) there's no indication that it was intentional (and they point out other similar symbols) and b) it's not likely to harm a child in any way to be exposed to said symbol, particularly since the majority of child sexual assaults are by friends and family, not by strangers.

Not the answer you're looking for? Browse other questions tagged united-states criminology document-authenticity .

20
Is this photo of Occupy Wall Street authentic?
32
Did journalist Amber Lyon claim that the US Government paid CNN to control content?
78
Is this pie graph describing US government spending accurate?
4
Is this an authentic US army pamphlet about Red Army, issued to soldiers in 1945?
10
Is this video of an attack on an elderly Asian woman authentic?
33
Is this "ancient Hebrew leather manuscript" seized by police in Turkey authentic?