I believe that it is Paul Ekman who is primarily responsible for suggesting that when people lie, their faces exhibit fleeting "microexpressions" that reveal their underlying beliefs. It would be a fun thing to believe, but the only evidence I've heard is "well, just look at this frame grab and you can see X." I tend to think with enough frames, you can find any expression you want.

Is there good reason to believe in "microexpressions" as lie detectors? 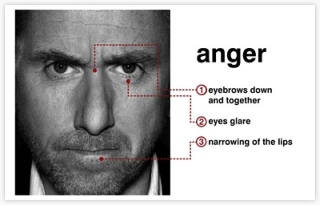 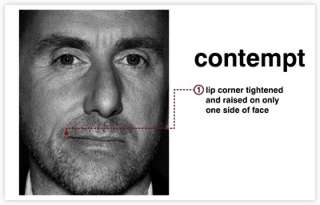 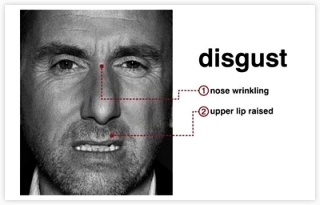 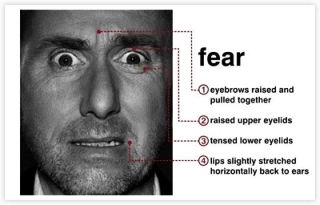 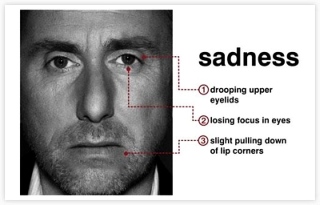 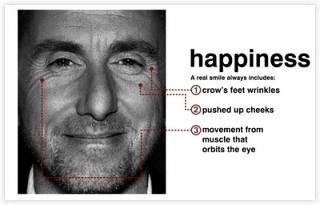 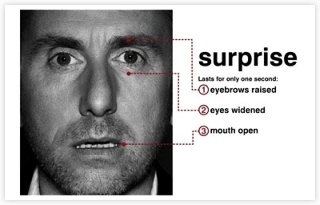 Charles Darwin - The Expression of the Emotions in Man and Animals

A man when moderately angry, or even when enraged, may command the movements of his body, but ... those muscles of the face which are least obedient to the will, will sometimes alone betray a slight and passing emotion.

Joyful smiles, dismayed frowns and other facial expressions of emotion are hardwired into our genes according to a new study.

Using thousands of photographs captured at the 2004 Olympic and Paralympic Games, Matsumoto compared the facial expressions of sighted and blind judo athletes, including individuals who were born blind.

All competitors displayed the same expressions in response to winning and losing.

"The statistical correlation between the facial expressions of sighted and blind individuals was almost perfect," said Matsumoto.

This new evidence shows that facial expressions of emotion are innate rather than learned through cultural observation.

Here is a short video of Matsumoto explaining microexpressions.

While we provide others with visual information about the way we feel through our expressions, other information "leaks" out of our faces between or during these intentional expressions. Microexpressions can be as brief as about 1/25 of a second.

Microexpressions can be much more accurate signs of a person's true feelings and intentions than the expression he or she is consciously producing.

Here is a short video of Paul Ekman showing 2 examples.

The results were that no one participant was able to falsify emotions perfectly. Some emotions were harder to falsify than others: happiness is easier to fake than disgust or fear.

The researchers were able to discern rare “microexpressions,” flashes of true emotion that show briefly, from one-fifth to one-25th of a second, on the faces of participants when instructed to deceive.

Mark Frank - Lying Is Exposed By Micro-Expressions We Can't Control

... in a project for the National Science Foundation, Frank developed computer programs ... making it possible to identify automatically every facial expression.

Frank's system has proven successful in identifying suspects involved in conventional criminal and potentially criminal behavior. It is now being tested for use in identifying potential terrorists.

"Fleeting facial expressions are expressed by minute and unconscious movements of facial muscles like the frontalis, corregator and risorius," Frank says, "and these micro-movements, when provoked by underlying emotions, are almost impossible for us to control."

"I want to make it clear that one micro-expression or collection of them is not proof of anything. They have meaning only in the context of other behavioral cues, and even then are not an indictment of an individual, just very good clues."

Not the answer you're looking for? Browse other questions tagged psychology criminology lie-detection .