Does water always boil at 100°C under normal atmospheric pressure?

For example, boiling temperature of water is a function of its pressure; water always boils at 100°C if the pressure is 101.42 kPa

Hasok Chang, professor at the University of Cambridge for History and Philosophy of Science, writes in The Myth of the Boiling Point:

We all learn at school that pure water always boils at 100°C (212°F), under normal atmospheric pressure. Like surprisingly many things that "everybody knows", this is a myth. We ought to stop perpetuating this myth in schools and universities and in everyday life: not only is it incorrect, but it also conveys misleading ideas about the nature of scientific knowledge. And unlike some other myths, it does not serve sufficiently useful functions.

Is Hasok Chang account, that the standard ideas taught about the boiling point of water are flawed, true?

Outside the boundaries of the definition, water behaves in different ways. For example it might not even have a liquid phase. 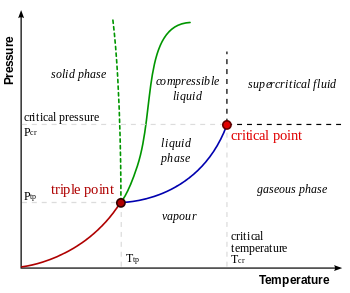 65
Does water have a memory as claimed in homeopathy?
53
Does water swirl the opposite way on the other hemisphere?
234
Does hot water freeze faster than cold water?
9
Does a prototype car that runs on water exist?
84
Does this video show a water droplet in gravitational orbit?
11
Does cold water boil faster than hot water?