Do researchers receive no income from revenues arising from their published papers?

According to this article Meet the Robin Hood of Science (about the creator of a website to bypass paper access restrictions and paywalls),

Elbakyan made a point that will likely come as a shock to many outside the academic community: Researchers and universities don’t earn a single penny from the fees charged by publishers such as Elsevier for accepting their work, while Elsevier has an annual income over a billion U.S. dollars. Elbakyan explains: “I would also like to mention that Elsevier is not a creator of these papers. All papers on their website are written by researchers, and researchers do not receive money from what Elsevier collects. That is very different from the music or movie industry, where creators receive money from each copy sold. ..."

Is this assertion true, that researchers generally don't share the revenues arising from access to their papers?

It's surprisingly hard to find a reference for this, as it is simply common knowledge among scientists. You don't get paid for publishing a paper in a scientific journal, sometimes you even have to pay yourself, e.g. in many open access journals.

I can show the negative, though. In the following graphic from the Nature article "Open access: The true cost of science publishing" the costs of scientific publishing are detailed. 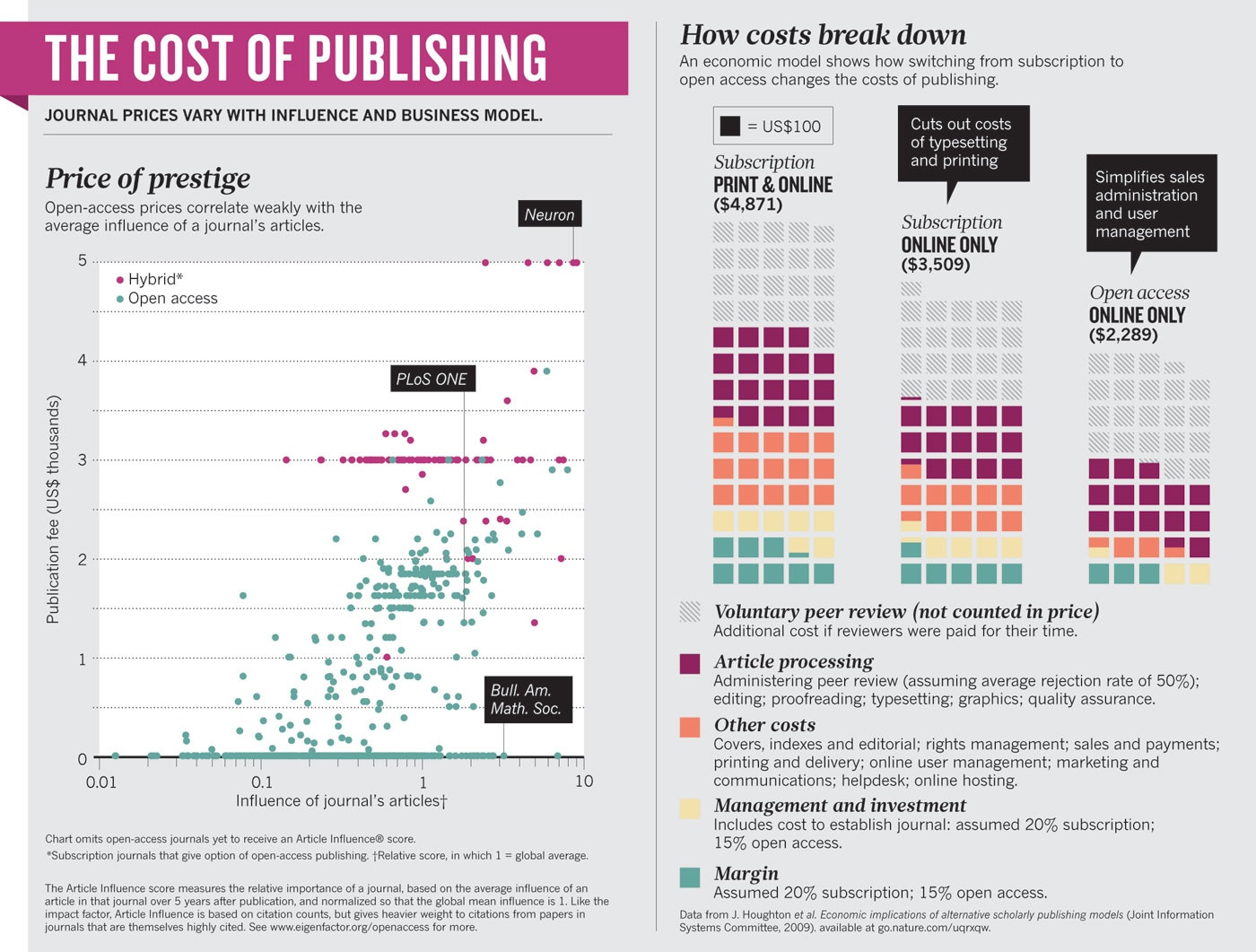 You'll notice that nowhere is any mention of paying the scientists that did the research. Even the scientists peer-reviewing the articles don't get paid at all.

The biggest travesty, he says, is that the scientific community carries out peer review — a major part of scholarly publishing — for free, yet subscription-journal publishers charge billions of dollars per year, all told, for scientists to read the final product

Another article in the Guardian confirms this:

But it's not just the exorbitant subscriptions that stink; it's the intrinsic absurdity of what's involved in the academic publishing racket. Most publishers, after all, have at least to pay for the content they publish. But not Elsevier, Springer et al. Their content is provided free by researchers, most of whose salaries are paid by you and me.

Not the answer you're looking for? Browse other questions tagged economics scientific-papers .