Was this Jet Blue airplane snowed in?

This image has been making the rounds of Twitter, which shows a Jet Blue as airplane completely snowed in, with just its tail sticking out. The image is said to have been taken at New York's JFK airport during the January 2016 snow storm. 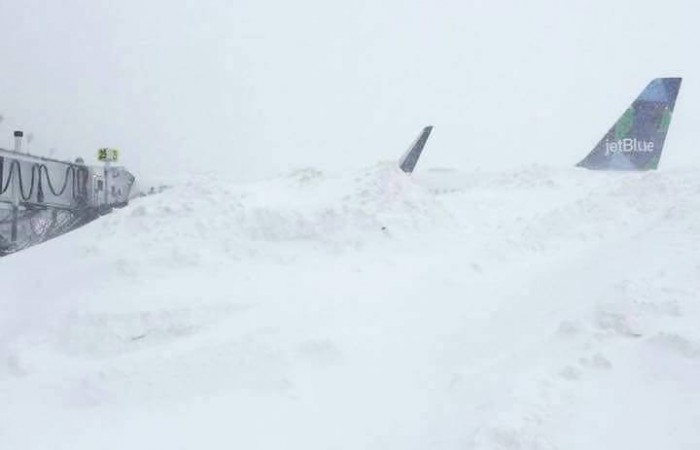 This picture just feels off to me. How can two feet of snow completely cover an aircraft?

It didn't. You are looking at a pile of snow with an airplane some distance behind it.

In the first photo, the photographer simply took a pic of a snow pile at an angle that made it look like it was covering the aircraft, which in fact was actually behind the pile of snow (and a good way off as well).

Not the answer you're looking for? Browse other questions tagged united-states aviation natural-disasters .

12
Are fume events a frequent health hazard to airplane passengers?
56
Did an F-15 airplane successfully land with just one wing?
12
Can jet lag give you permanent memory and learning problems?
29
Can a commercial airplane fly in an inverted position as depicted in Flight?
29
Airplane software crash caused by zero/negative altitude at Dead Sea
35
Does fastening airplane seatbelts reduce the risk of death and injury?
18
Was the disaster relief bill for Hurricane Sandy "two thirds pork spending"?