Do organisms have electromagnetic fields?

I doubt that organisms have electromagnetic (EM) fields. If we did have such a field, then we would certainly be susceptible to having electric currents induced in us by stronger EM fields. Or worse, being affected by magnetic fields like a scrap of iron.

Do any organisms actually have such a field? Where does this claim come from?

They have plenty of EM fields!

We are affected by the EM field:

Some animals (sharks for example) are even capable of sensing these fields.

Now, being a source of such emission does NOT necessarily mean, we are also susceptible to interference by external sources.

Yes, humans and other organisms do have electromagnetic fields. Current western medicine often uses machines to measure the electromagnetic waves of various parts of the body in order to determine the health of a patient. 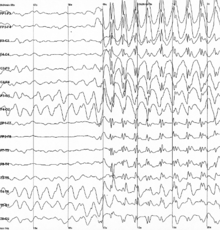 Follow the three links to see a whole host of other similar instruments/procedures used in verified scientific ways.

Humans, animals and other diamagnetic objects are affected by magnetic fields. The effect is just so weak that it is usually not noticable. But you can e.g. levitate a frog using an extremely strong magnet (see this video on YouTube).

EM fields also induce currents in humans, but they are usually so small as to be unnoticeable. But you don't want to stand directly in front of, e.g. a military radar or other sources with extremely high power.

If we did have such a field, then we would certainly be susceptible to having electric currents induced in us by stronger EM fields.

How do you figure? A lump of iron or pith doesn't have its own fields, but is still affected by external fields.

We are also affected by external fields, but we have evolved to not be affected by things like static magnetic fields or electrostatic shocks. It generally takes a lot of energy/power to affect us. See Transcranial magnetic stimulation for an example.

Lots of good answers here already but nobody seems to have mentioned the interesting case of Transcranial Magnetic Simulation (TMS) which provides a direct answer to the original questions.

Since nerve signals are partially transmitted by electrical currents, they both create and can be manipulated by the right electromagnetic fields. As the summary of the Encyclopedia of Neuroscience entry says:

TMS represents a noninvasive method to induce electrical currents within the brain that in turn can be used to transiently disrupt the function of a targeted brain area, functionally map cortical areas, assess cortical excitability, and modulate cortical activity. TMS is being widely used to investigate complex facets of the human brain, including sensory and motor function as well as cognition.

So the answer to the question is yes organisms do have EM fields and, yes, they can be influenced by external fields (though it takes a very focussed and specific field to cause anything of note). The idea that crystal healing might make a difference is not rendered more plausible by this observation.

Not the answer you're looking for? Browse other questions tagged electromagnetism .

13
Have any “blockages” ever been observed in the body's EM field?

30
Do magnets have verifiable effects on humans?
23
Does electromagnetic radiation from high energy power installations have negative effects on health?
8
Has electromagnetic therapy been proven effective?
12
Subway magnetic fields and laptop hard drives
13
Is it illegal to use freely produced hydrogen in place of costly/taxed natural gas and gasoline, or to produce electricity?
3
Misconceptions about electric theory
11
Are birds magnetically repelled from high-voltage power lines?
78
Does Electromagnetic Hypersensitivity (EHS) exist?
10
Does the EM drive (electromagnetic drive) work despite the apparent lack of propellant?
2
Do electromagnetic fields affect stress and the fight or flight response?