Will a mother bird abandon her young if touched by a human? 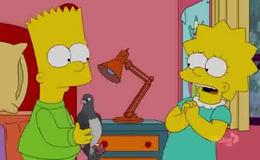 Welcome to installment #2 of my "the science of animals falling" series of questions....

I've heard it said many times since childhood that if you are to find a baby bird on the ground which appears to have fallen from the nest you should not pick it up and put it back.

I was told that once the baby bird has your scent on it, the mother will not take it back.

It's possible that this is just something parents tell their kids to keep them from touching birds which are notorious for carrying germs (as are kids), but it is a very commonly held belief in America.

zoology ethology
Share
Improve this question
edited May 14 '11 at 15:26

Birds have little or no sense of smell, and will be unaware of your molestation. Besides, they will not lightly abandon their offspring.

One exception: vultures, who sniff out dead animals for dinner. But you wouldn't want to mess with a vulture anyway!

Mother birds will not reject their babies because they smell human scent on them, nor will they refuse to [sit] on eggs that have been handled by a person. Many birds have a limited sense of smell and cannot detect human scent, or if they can detect it, do not react to it.

A mother bird will not abandon her young if it's touched by a human.

No matter how flighty birds appear, they do not readily abandon their young, especially not in response to human touch, says Frank B. Gill, former president of the American Ornithologists' Union.
Source

It's a myth that parent birds will abandon young that have been touched by humans—most birds have a poor sense of smell, and birds in general identify their young using the same cues we humans do—appearance and sound. It's perfectly safe to pick up a fallen nestling and put it back in the nest, or to carry a fledgling out of danger and place it in a tree or shrub.
Source

Both the male and female Western Bluebirds fed unrelated nestlings at the same rate as their own offspring.

Neither male nor female Western Bluebirds preferentially fed related nestlings, suggesting that they may not recognize their own young.
Source

This prevalent belief, however, is for the birds: it denies animal parents' innate drive to nurture their broods and ignores a bird's basic biology.

In fact, most creatures find extraordinary ways to ensure the survival of their young. Killdeer and ducks will feign a broken wing to lure a predator away from their babies, and raccoons and tree squirrels will speedily relocate their progeny to more protected pastures when a potential threat is skulking about.
Source

Still, there's good reason not to go fiddling around in an occupied nest. "The fact is, birds don't abandon their young in response to touch, [but] they will abandon [their offspring and their nest] in response to disturbance," explains biologist Thomas E. Martin of the University of Montana and the U.S. Geological Survey, who has handled birds from Venezuela to Tasmania without instigating abandonment. "They are likely responding to disturbance in relation to risk of harm to young."
Source

Each spring, some children become infected with Salmonella after receiving a chick or other baby bird for Easter. It is important to remember that illness can occur from these baby birds or adult birds at any time of the year, and not just during the Easter season.
Source

Wild rabbits are the exception to this rule. "These animals seem to be the most sensitive to human and other smells. They're a flighty, high-stress species,"

If you suspect that a rabbit's nest has been abandoned, the Humane Society recommends making an "X" out of yarn or string over the nest and checking approximately 10 hours later to see if it has been moved. If the X has been pushed aside but the nest is still covered, that's a good indication that the mother has returned, nursed her young, and then re-covered them. If the X stays in place for 12 hours after the traumatic event, it's likely that the young rabbits have been deserted.
Source

As others have pointed out, birds certainly wouldn't be likely to use their sense of smell to identify and reject a replaced fledgling. Luckily for cuckoos!

As a general principle you shouldn't interfere with the natural process. That fledgling may be defective in some way. Maybe it's too stupid or too adventurous to stay safely in the nest. Maybe it's diseased and the parent recognises this in some way. This link might not put the position as strongly as I would, but it leans in the same direction.

It doesn't really matter. The point is if you save that potentially unfit animal, it may grow up and mate. Possibly leading to more defectives that otherwise wouldn't have been born. Possibly depriving some other fit bird from getting the chance to mate.

Nature got along fine for billions of years without human intervention, and much of the current evidence (such as Tire Reef and just about everything in New Zealand) suggests that when we do intervene, we often mess things up anyway. Grit your teeth and let Nature take its course.

Touching the baby bird will not cause the mother to abandon it, but it may be illegal under the Migratory Bird Treaty Act of 1918, which states:

Establishment of a Federal prohibition, unless permitted by regulations, to "pursue, hunt, take, capture, kill, attempt to take, capture or kill, possess, offer for sale, sell, offer to purchase, purchase, deliver for shipment, ship, cause to be shipped, deliver for transportation, transport, cause to be transported, carry, or cause to be carried by any means whatever, receive for shipment, transportation or carriage, or export, at any time, or in any manner, any migratory bird, included in the terms of this Convention . . . for the protection of migratory birds . . . or any part, nest, or egg of any such bird." (16 U.S.C. 703)

The list of birds covered by this law is quite comprehensive. While the law is not often enforced, penalties are severe - up to six months in jail and a fine of up to $15,000.

Not the answer you're looking for? Browse other questions tagged zoology ethology .

14
Will rats eat/burrow through human flesh?