Did a department store in Tokyo crucify Santa Claus?

There is a persistent urban legend that a Japanese department store got confused and crucified Santa Claus in a Christmas display. Today's BBC Magazine:

Remembering our mongrel Christmases reminds me of the Tokyo department store which erected on its roof a giant Santa on a cross. Don't laugh - we can all get our wires crossed. And who's to say the store wasn't crucifying Santa as a gesture of multicultural goodwill?

Snopes lists a whole bunch of other reports and the story has certainly been around for a while: I seem to recall first reading about this in Jack Seward's The Japanese (1972), although Google Books disagrees. In any case, did a Japanese department store actually ever crucify Santa?

Snopes calls this legend false, and I will add to their judgment that Santa and Christmas were already well-known in Japan due to foreign literature like Dickens, and the persistent and futile efforts of missionaries to convert the locals. Christmas was a national holiday from 1927-1947 since it happened to coincide with the death of Emperor Taisho in 1926. The idea that by the postwar period, when this supposedly happened, there were still designers in Japan unfamiliar with Santa seems terribly unlikely.

However, in light of DavePhD's answer below, I will say that the truth is actually kind of undetermined at this time. 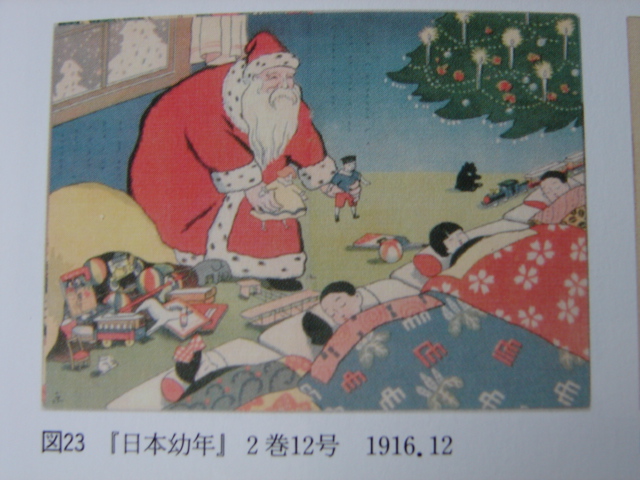 How did he get in without a chimney? That's a mystery no skeptic can solve.

Postscript: When you Google these keywords, you will more likely than not see this photo: 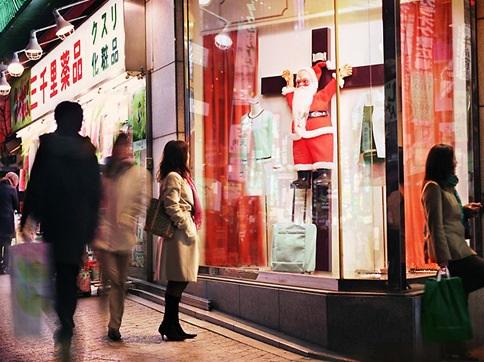 This is a photomontage made by a Japanese artist specifically attempting to recreate the legend for artistic effect. Here's the original source (note that clicking "Next" goes to a NSFW image).

Snopes, linked in the OP and the accepted answer, says:

the earliest reports of this legend we’ve found so far all stem from the early 1990s.

However, the 1986 The sun at noon: an anatomy of modern Japan says:

Otherwise, Christianity in Japan seems more a victory for Santa Claus than for Christ and one Tokyo department store actually put Santa, in its Christmas display, on the cross!

Last December, one Tokyo store was decorated with a huge neon cross bearing a crucified Santa.

I have a new insight into this story.

The poet Ronald Bottrall, who worked at the British embassy in Tokyo in 1959, wrote a poem which was published by 1961:

The fenestrated walls are ringing in delight
With Merry X'mas in golden characters
And on the tree above revolving doors
Is Father Christmas crucified.

So the story likely emanates from this poem.

Not the answer you're looking for? Browse other questions tagged japan christmas .

9
Does Santa Claus get more mail than any other fictional or divine entity?