Holmes's Loch Ness video shows an object (or, as claimed, Nessy) floating in the Loch Ness.

What is the origin of what was captured on video? 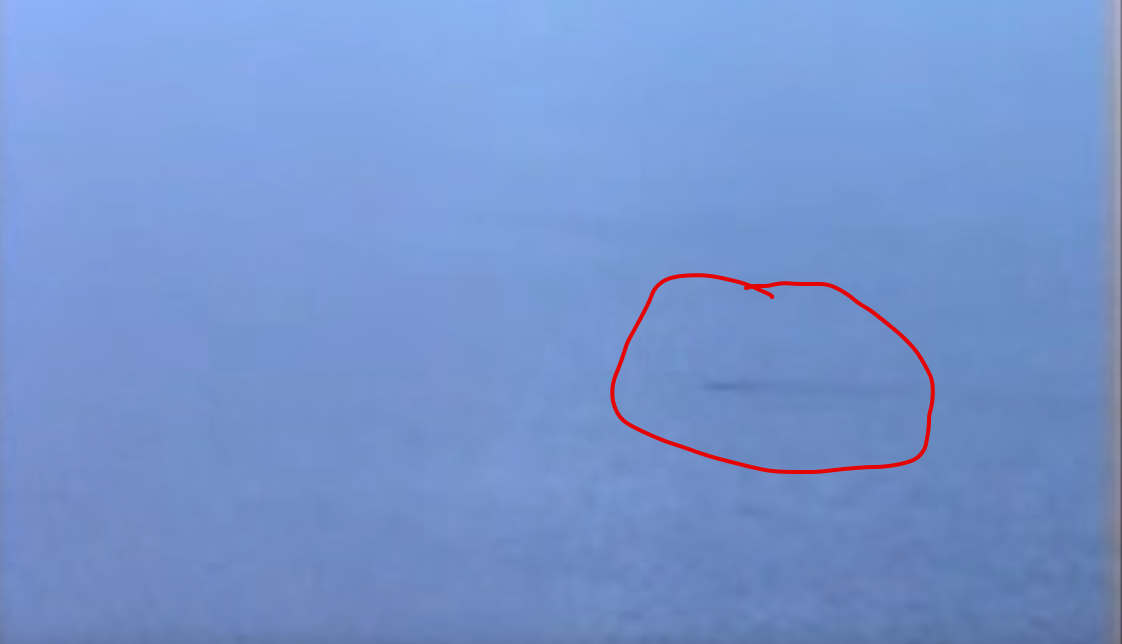 However, there are many problems with Holmes, his claim and the video. Here they are:

According to The Skeptic's Dictionary: A Collection of Strange Beliefs, Amusing Deceptions, and Dangerous Delusions, the scientific community regards the Loss Ness Monster as a modern-day myth

Much of the scientific community regards the Loch Ness Monster as a modern-day myth, and explains sightings as including misidentifications of more mundane objects, outright hoaxes, and wishful thinking (1)

Evidence of its existence is anecdotal, with minimal and much-disputed photographic material and sonar readings.

Holmes's credibility has been seriously doubted (2) (3) by a researcher named Loren Coleman. Coleman noted on Cryptomundo, web site devoted to mysterious creatures, that Holmes has a history of reporting sightings of odd and unusual creatures like cryptozoological creatures, and sells a self-published book and DVD claiming evidence for the existence of fairies. Take a look at this example, Holmes tells us he’s filmed fairies:

FAIRIES ON ILKLEY MOOR The Evidence.

Video Evidence of Fairy like people on Ilkley Moor & Cottingley Beck CD includes Video extracts and images of Fairy-like figures. Im not the type of Person who believes in UFOs, Fairies and the like, so my Camcorder must be lying.

Here, Gordon Holmes has invented theories linking megalithic art to patterns in the sky. He writes:

Self-published my ideas and theories about the Carvings in book form:

According to Benjamin Radford (3) , who has conducted field research at Loch Ness looking for its reputed denizen, the video shows no creature color, size or distance:

Holmes described it as jet black and about forty-five feet in length, yet the video shows neither the creature's color nor its size; it is simply something moving in the water, leaving a typical long wake. Size and distance are notoriously difficult to estimate on lakes unless there are objects nearby of known size such as a boat or buoy.

Furthermore, Radford makes an observation saying that the creature:

Could be nearly anything, and most likely are natural phenomenon or known creatures. There are many fish and fauna around Loch Ness that could look easily create the image Holmes taped. The only reason anyone is claiming the video may be of a monster is because it was shot at Loch Ness; on any other lake the object would be assumed (probably correctly) to be a normal animal.

So, Radford's observation suggests there is no answer to this question:

What is the origin of what was captured on video?

Origin alleged to be a beaver or an otter 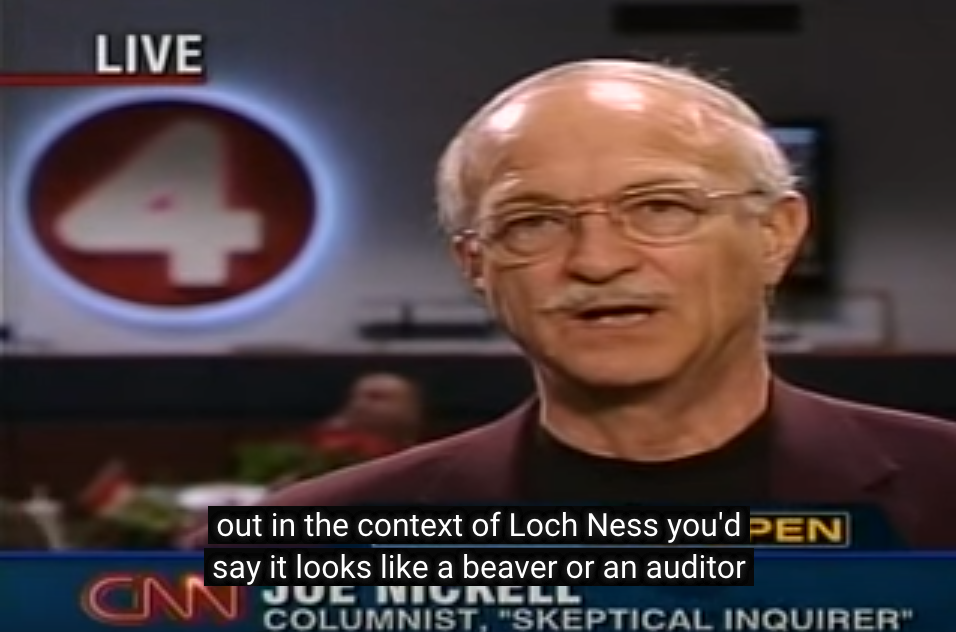 In a video uploaded on YouTube by CNN (4), Joe Nickell, a prominent skeptic and investigator of cryptozoological Myths, suggested that this footage cloud be showing a beaver or an otter, swimming in the loch. He added:

In fact the large European otter Lutra Lutra is in the the lock in is responsible for many sightings.

In addition, Adrian Shine of the Loch Ness Centre was interviewed and suggested that the footage showed an otter, seal or water bird. (5)

Due to Holmes weak credibility (2) and the fact that there is no hard evidence that a Nessie exists (1) , it is less likely that the video shows Nessie and more likely that the footage shows an otter, steal, water-bird or a beaver (4), as experts suggest. 8 years passed since this video was shot, and apparently no creature was identified in this video. As skeptics we can say that we can probably never know the origin of what was captured on video, due to the fact that color , size and distance were not visible in the video. (3).