Does breathing Beijing's air for one hour reduce life expectancy by 20 minutes?

I've just listened to this claim by a BBC journalist in Beijing:

A recent study showed that even breathing this kind of air for an hour can reduce a person's life expectancy by 20 minutes. 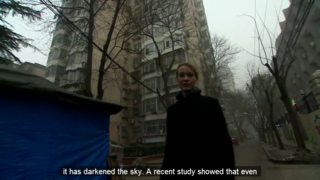 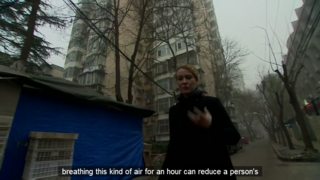 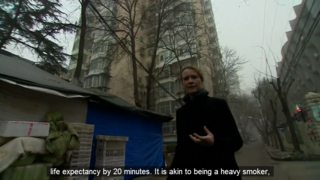 This seems almost absurd. Is it based on evidence?

This claim is difficult to evaluate in part because there are too many different variables at play. Fundamentally the reporter is quoting a statement by Richard Muller, Scientific Director of Berkeley Earth who said the following in a press release in conjunction with a publication on air pollution in China:

When I was last in Beijing, pollution was at the hazardous level; every hour of exposure reduced my life expectancy by 20 minutes. It’s as if every man, women, and child smoked 1.5 cigarettes each hour.

It should be noted that the quote notes that pollution was at a hazardous level which implies a degree of pollution above what the normal level may be for the air quality index (AQI). Note that an AQI of "hazardous" in the United States triggers warnings about emergency condition and is considered to have adverse effects on the entire population. These are generally considered to be exceptional conditions though.

It is well known there is a connection between hazardous AQI and decreased life expectancy:

This paper's findings suggest that an arbitrary Chinese policy that greatly increases total suspended particulates (TSPs) air pollution is causing the 500 million residents of Northern China to lose more than 2.5 billion life years of life expectancy. The quasi-experimental empirical approach is based on China’s Huai River policy, which provided free winter heating via the provision of coal for boilers in cities north of the Huai River but denied heat to the south. Using a regression discontinuity design based on distance from the Huai River, we find that ambient concentrations of TSPs are about 184 μg/m3 [95% confidence interval (CI): 61, 307] or 55% higher in the north. Further, the results indicate that life expectancies are about 5.5 y (95% CI: 0.8, 10.2) lower in the north owing to an increased incidence of cardiorespiratory mortality. More generally, the analysis suggests that long-term exposure to an additional 100 μg/m3 of TSPs is associated with a reduction in life expectancy at birth of about 3.0 y (95% CI: 0.4, 5.6).

Which has found to be consistent with other studies:

With regard to the health effects of air pollution there remains much to be learned. A large literature provides evidence that breathing combustion-related fine PM, even at exposure levels common to populations throughout the world, contributes to cardiorespiratory disease mortality and diminished LE. There is also encouraging evidence that improving air quality contributes to improvements in human health and LE (5, 11, 12). The results reported by Chen et al. (1) in PNAS make an important contribution to this evidence base that is growing hard to ignore, and begs to be better understood.

Furthermore, it should also be noted that reductions in air solution have been shown to be connected with improvements in life expectancy as well:

A decrease of 10 µg/m3 in the concentration of PM2.5 was associated with an increase in mean life expectancy of 0.35 years SD= 0.16 years, p = 0.033). This association was stronger in more urban and densely populated counties.

So it goes without saying that the "unspoken" claim that there is a connection between AQI and life expectancy is true. The difficult part is determining if the exact value given has a basis in reality. Based upon review of studies that incorporated life tables (i.e. "A methodology to estimate changes in statistical life expectancy due to the control of particulate matter air pollution", "Air Pollution and Mortality: Quantification and Valuation of Years of Life Lost") I couldn't find anything to support the claim for a broad population. As such, the claim must be considered false due to being too broad.

This still leaves the claim as it applies to Dr. Muller, which must be considered indeterminate due to lack of information such as age, underlying health conditions, and actual AQI which would allow the claim to be true for Dr. Muller specifically.

Not the answer you're looking for? Browse other questions tagged medical-science environmental-health china pollution .

23
Do memory foam mattresses give off toxic fumes?
12
Are fume events a frequent health hazard to airplane passengers?
8
Was Mao's Great Leap Forward responsible for 30 million deaths?
10
Do nightlights during childhood cause myopia later in life?
5
Do UV air purifiers reduce the risk of being infected by the common cold or the flu?
2
Have few, if any, studies on the health effects of particulate air pollution measured the actual exposure to particulates?