I remember I read years ago that the direct punch taught in the Jeet Kune Do martial art is proven scientifically to be more powerful than the traditional direct punch used in other martial arts such as Shotokan Do. 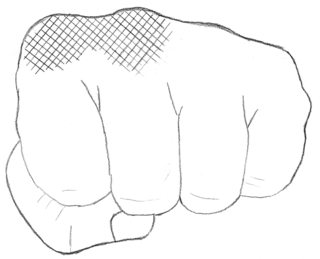 In this video, Bruce Lee's Jeet Kune Do Power In The Punch, the claim is made:

Hayward Nishioka, the Japanese-American National Judo Champion who is also a black-belt holder in the Jeet Do Kune style of Karate ran a scientific test in a California university to find out the difference between a Karate punch and a Jeet Kune Do punch and the finding is that indeed the Jeet Kune Do punch was more powerful and destructive than the classical Karate punch.

Has this been proven?

It hasn't been proven directly in [that] study.

The article regarding Hayward Nishioka's claim was published in the October 1970 issue of Karate Illustrated.

JKD utilised ballistic (propelling the fist a maximum speed) type movements to impart maximum force. [...] Although JKD proved more effective in striking power, the karate type of punch was more effective as a mean of exercise and physical development as more muscle mass was being used.

It can also be seen at the Academy Fighting Technology Jeet Kune Do website, with a lot more videos of demonstrations/explanations. 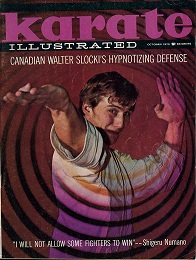 What is really generating all the extra power is explained on page 95 of The Straight Lead: The Core of Bruce Lee's Jun Fan Jeet Kune Do:

When making tiny adjustments - a matter of inches - while maintaining the fighting measure, that's footwork. If you watch the footage of footage of Bruce demonstrating the straight lead at the International Karate Tournament in 1967... There's the push-off and a tremendous transfer of weight from the left leg to the lead right leg. 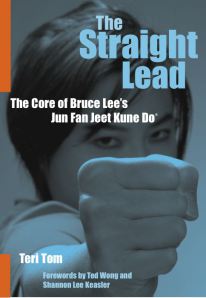 The 'scientific study' part comes from Hayward Nishioka himself. He is a retired professor of Kinesiology at Los Angeles City College.

His study of the punching power of Bruce Lee was the 'scientific study.'

As explained in a September 21, 2014 article of the Manila Times, a larger surface area will create a jarring effect. Jason Thalken's book, Fight Like a Physicist: The Incredible Science Behind Martial Arts explains:

These measurements are important to use because a larger surface area reduces localized tissue damage. The energy of a strike can be spent on structural damage to the surrounding tissue, and the momentum of a strike determines how much you can move your opponent (or your opponent's head). Surface area has no effect on momentum, but it is incredibly important when it comes to dispersing energy.

Large surface areas disperse energy and reduce the frequency and severity of cuts, bruises, swelling, black eyes, and other localized tissue injuries. Momentum transfer is unaffected, which means a large surface area provides no protection from diffuse axonal injury too the brain. 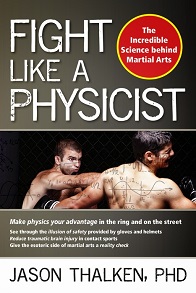 In other words, immediate tissue damage would be less, but potential internal injury is still there. The increased momentum driven by the footwork will "pack more of a punch."