TL;DR: Is there a group of females beating fashion models in terms of sexiness?

This is a follow-up to this answer which seems to imply that top models are considered the norm of beauty/attractiveness in today’s Western culture:

Closer to home, you need to look no further than Botticelli. His Venus is way plumper than today‘s top models: 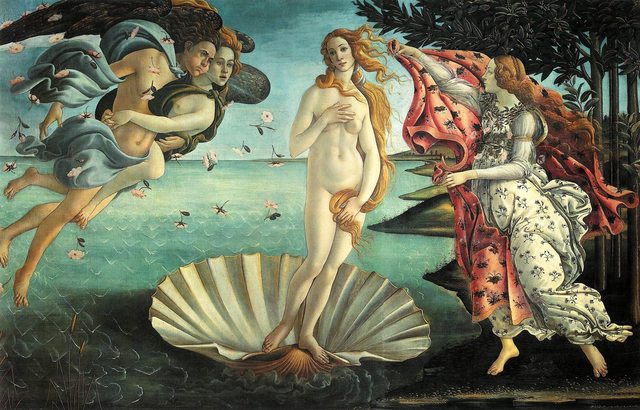 Claim A: Fashion models are not sexy

This article by Feminine Beauty asks:

In 14 of the 15 women addressed above [models of European descent from the top-25 sexy female models as per Models.com], masculinization or a relative lack of femininity is readily observed. The question is, who finds the women other than Josie Moran sexy to start with, let alone make a top-25 list?

The implied claim that these models are not sexy is not made outright in this article, but in a summary of this article elswhere on the same site:

Yet, most of the top-ranked "sexy" fashion models are too masculine for the tastes of heterosexual men; […]

Both articles also note that (quote from the latter):

So, assuming that this statement is correct even the makers of the “top-25 sexy fashion models” list (yes, these are those the article describes as too masculine) do not consider them top fashion models.

Claim B: Fashion models are sexy

The idea that fashion models are a beauty ideal seems to be a view hold by many young females to the extent that this idea is documented in scientific publications, e.g., J. Kevin Thompson and Leslie J. Heinberg – The Media’s Influence on Body Image Disturbance and Eating Disorders: We’ve Reviled Them, Now Can We Rehabilitate Them? report the results of respective studies (I have no access to the cited papers):

For example, in a study by Nichter and Nichter (1991), adolescent girls endorsed their ideal as the models found in fashion magazines aimed at teenage girls.

Of 3,452 women responding, 23% indicated that movie or television celebrities influenced their body image when they were young, and 22% endorsed the influence of fashion magazine models (Garner, 1997).

Note that I am not disputing these statements, which study the prevalence of the claim I am interested in, if at all.

Now, beauty ideal (or similar) is somewhat fuzzy, but for the purpose of having an investigateable statement (and only for this) it should be safe to say that sexual attractivity plays a sufficent part in it. The corresponding claim Fashion models are sexy would thus be the opposite of the above claim.

Is there a study investigating claim A or B (and thus probably rejecting the respective other). Due to the impossibility of drawing a clear line between sexy and not sexy, this probably involves a comparison with a reasonable control group, for example a comparison between:

19
Were fat women considered as the norm of beauty in the past?

27
Are the “game” systems advertised by pickup-artists effective?
36
Does sexual abuse lead to homosexuality?
42
Pornography and the male libido
40
Do women prefer men with a sense of humor?
14
Could climate affect Aisha's age of sexual maturity?
27
Are men “wired differently” so that they “can't control themselves”?
25
Is physical beauty correlated with health?
11
Were early hunter-gatherers monogamous?
2
Is there a surge in youth erectile dysfunction?