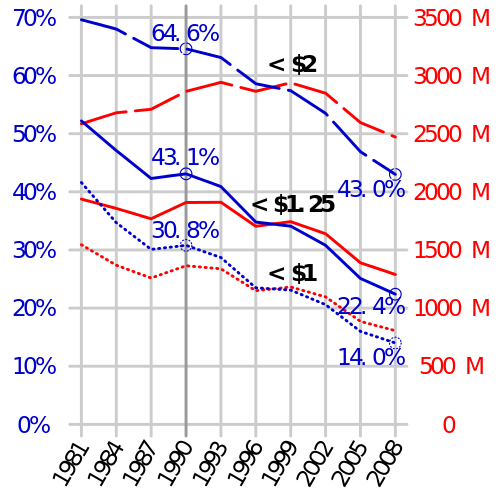 29
Is empowerment of women a cure for poverty?
25
Can we end poverty for $US175 billion per year?
6
Has the Catholic Church lifted more people out of poverty than any other civic institution?
12
Do the world's eight richest people have as much wealth as the poorest 50%
9
Is Singapore the most expensive city in the world?
6
Are one-third of human deaths from "poverty-related causes"?
9
Does nearly half the world's population live on less than $2 a day?
9
Do 37% of people in the UK believe that their job either makes no difference or makes the world worse?