Does oxygen get you high enough to keep you calm during a plane crash?

Does oxygen get you high? If so, is the effect strong enough to keep the average person placid during a plane crash?

From the movie Fight Club:

Tyler Durden: [pointing at an emergency instruction manual on a plane] You know why they put oxygen masks on planes?

Jack: So you can breath.

Tyler Durden: Oxygen gets you high. In a catastrophic emergency, you're taking giant panicked breaths. Suddenly you become euphoric, docile. You accept your fate. It's all right here. Emergency water landing - 600 miles an hour. Blank faces, calm as Hindu cows. 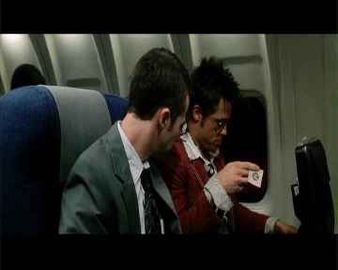 No, at the altitudes that airplanes fly at, you can suffer brain damage form hypoxia.

The brain requires a constant flow of oxygen to function normally. A hypoxic-anoxic injury, also known as HAI, occurs when that flow is disrupted, essentially starving the brain and preventing it from performing vital biochemical processes. Hypoxic refers to a partial lack of oxygen; anoxic means a total lack. In general, the more complete the deprivation, the more severe the harm to the brain and the greater the consequences.

If you don't get oxygen, you will most likely pass out and then you won't feel anything at all. As a matter of fact, the higher you go, the faster you will pass out.

Airliners commonly fly at 37,000 feet, so 18 seconds is usually enough time to get the mask on, and not pass out, and then suffer brain damage. As a matter of fact, hypoxia is basically what killed Payne Stewart on his civilian LearJet.

The conditions of the windows are consistent with a loss of pressurization and a subsequent rapid drop of temperature. It is likely that the pilots and occupants may have lost consciousness due to hypoxia, or a lack of oxygen. 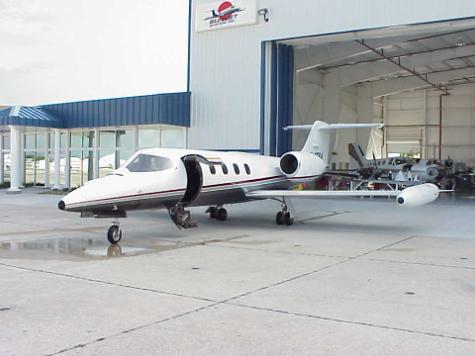 Incidentally, if he had been on a USAF C-21 (Lear35 variant), that accident most likely could have been prevented with the way their pressurization system works.

As to breathing pure oxygen, it does not get you "high" in any way. Consider that oxygen masks are deployed when the pressure is low, you actually need more oxygen to actually get into your blood stream. NASA would employ a trick of using less atmospheric pressure in their capsules, and having the astronauts breathe pure oxygen. That practice was mostly stopped after the Apollo 1 Accident. 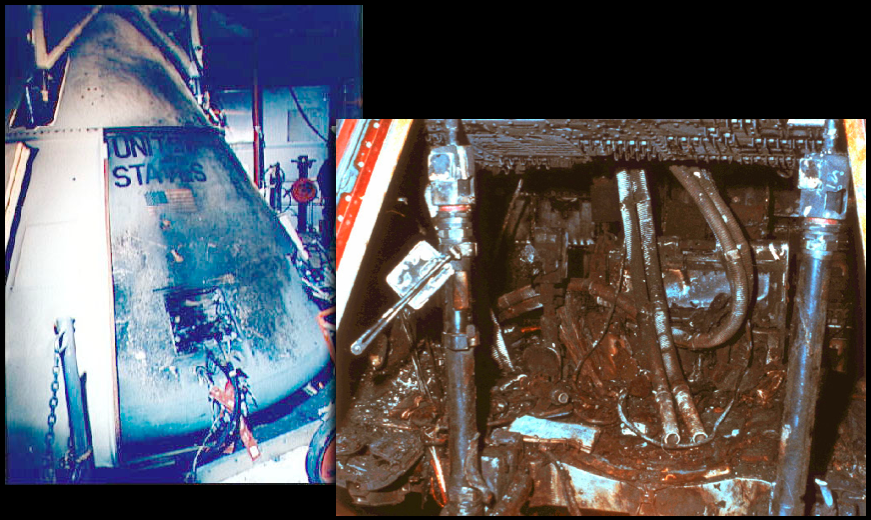 Although, for physiological reasons, every once in a while the astronauts must go on 100% oxygen in order to perform specific tasks.

Spacewalkers must wear pressurized spacesuits in order to work in space. These suits have pressures significantly lower than ambient cabin pressure of a spacecraft. This makes spacewalkers subject to decompression sickness, more commonly known as the "bends." Decompression sickness results from nitrogen bubbles forming in the tissues or blood stream and moving to other areas of the body. Therefore, spacewalking crewmembers must perform a pre-breathe protocol, which is designed to wash out any excess nitrogen from the body, before a spacewalk. This protocol takes advantage of the fact that exercise increases the speed at which nitrogen is removed from the body by increasing blood circulation through the extremities. The ISS pre-breathe protocol involves breathing pure oxygen for a total of 2 hours and 20 minutes and includes a short period of high-intensity exercise at the beginning of the pre-breathe procedure.

Station astronauts begin the pre-breathe protocol by exercising vigorously on the space station's cycle ergometer for a total of 10 minutes while breathing pure oxygen via an oxygen mask. After 50 total minutes of breathing pure oxygen, including the 10 minutes initially spent exercising, the pressure in the station's airlock will be lowered to 10.2 pounds per square inch, or psi [or 703 hPa]. During airlock depressurization, the spacewalkers will breathe pure oxygen for an additional 30 minutes. At the end of those 30 minutes, with the airlock now at 10.2 psi, the spacewalkers will put on their space suits. Once their spacesuits are on, the spacewalkers will breathe pure oxygen inside the suits for an additional 60 minutes before making final preparations to leave the station and begin their spacewalk. This protocol provides a total of 2 hours and 20 minutes of pre-breathe time, including the 10 minutes of vigorous exercise at the beginning of the procedure.

I should hope those guys aren't high up there (in the sense of mental impairment)!

As a pilot, I have breathed 100% oxygen many times as well, and I can anecdotally report that if it is supposed to make you high, I am sorely disappointed in the feeling.

Not the answer you're looking for? Browse other questions tagged biology aviation recreational-drugs .

114
Is it possible to fly 4 helicopters anywhere in a country without official knowledge?