Was the “Irish ghost video” staged? If so, how?

This video shows stuff moving around in a kitchen independently and has been called a video of a "poltergeist". It has 12 million views and even CBS shared it suggesting it as possibly true, when of course it's very likely faked.

INTERNET ROUNDUP: This "ghost" video going viral on Facebook is downright creepy. Do you think it's legit?

A woman in Ireland says she captured footage of a poltergeist that apparently enjoys trashing her kitchen.

Now, I know that the video wouldn't prove the existence of ghosts even if genuine, but is it? Was it staged? If so how? 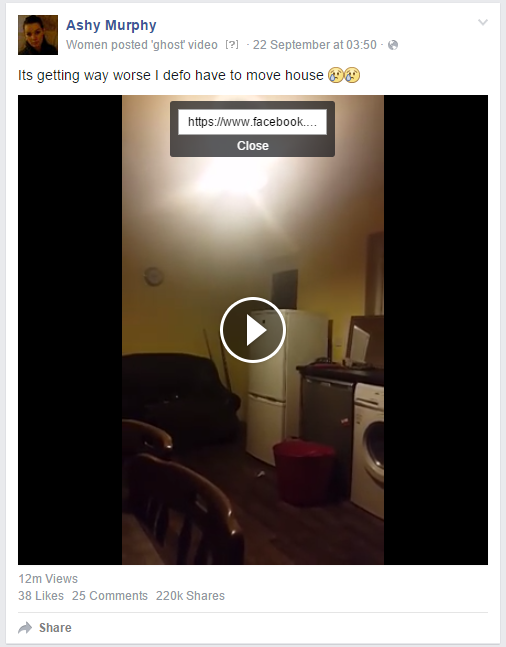 Please do not speculate about ghosts or various techniques on how this could be done in theory.

According to hngn.com, The Irish Ghost Video has two versions:

In Video 2, there is a possibility that a visible unknown line at the end of the video at 1:07, attached to a red bucket, Irish Examiner Reported. These are three different frames: 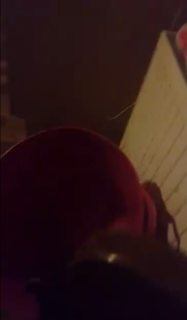 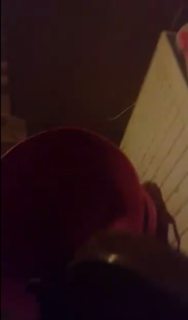 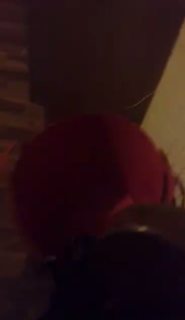 Entertainment.ie found also another wires in the video: 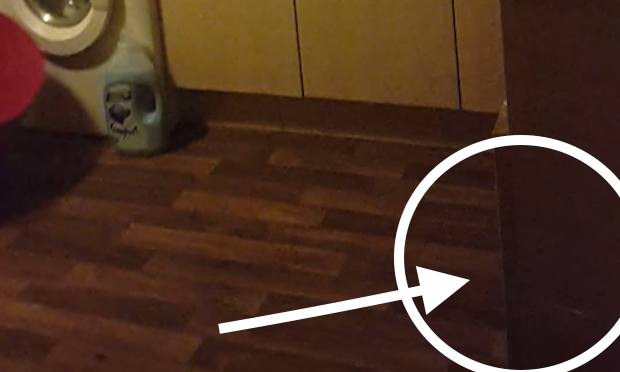 Now. Here's how you can spot the wires pulling everything. If you open the video up on a laptop and put into fullscreen with the 1080p setting, you can CLEARLY see a wire pulling the red clothes bin towards the camera. The wire slackens slightly as whoever's standing behind the camera pulls it.

Moreover, hngn.com indicated that the video might be fake:

Many have pointed out evidence that suggests the videos are fake. One person notes that after the camera shifts focus, you can see the light stop moving in the window's reflection. Another notes the lucky coincidence that the camera always moves to where the poltergeist is, right when it acts. (Photo : Twitter Photo Section)

There’s nothing in this video that can’t be explained by her living next to some train tracks or having some loosely assembled IKEA accessories, except for the bucket. The bucket that skids rapidly along the floor at the end of the video is certainly weird, but it has a shock element to it that’s suspicious and it flies straight towards the camerawoman.

And asked the following question:

Which scenario is more likely? That the rules of the natural universe as we know them have been upended and invisible spirits with supernatural powers roam the earth? Or that the uploader of the video had access to some fishing line or wire?

As skeptics, we can see that we have tremendous scientific evidence gained over the years for the physical laws of nature. Anyone claiming otherwise needs to provide extraordinary evidence.

34
Does this photo of the Brown Lady of Raynham Hall show a ghost?
10
What is the nature of ghost lights like Naga Fireballs, Will-o'-the-Wisp, Min Min Light, Hessdalen lights, Chir Batti, et. al
7
Does the Charlie Charlie Challenge demon exist?