Does it cost £1.5 to clean up every piece of gum left on UK Streets? 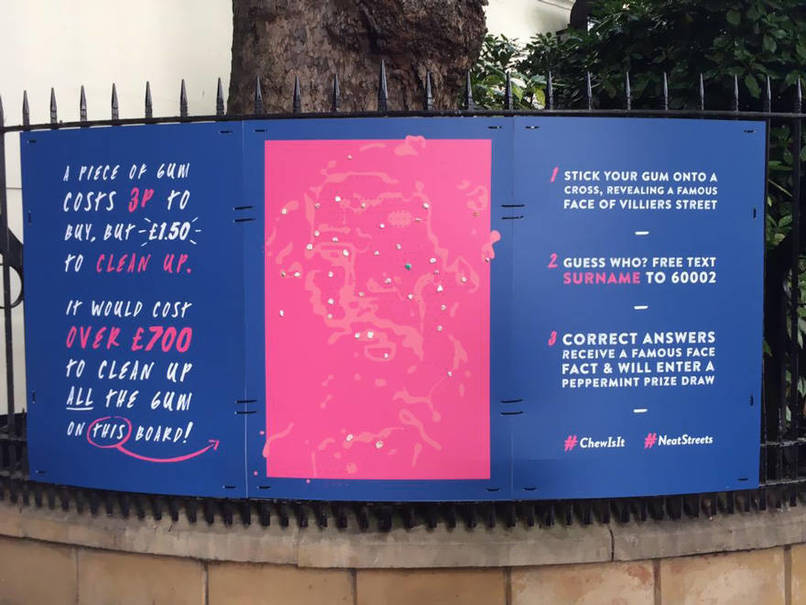 This advertisement is claiming that it costs 50 times more for the city to clean up gum, than it takes to buy the stuff (at least in the UK). For a total of £1.5. Which seems strange, as normally Street cleaning is done all at once and with special vehicles you just drive down the street/sidewalk.

This would imply that gum actually adds millions of man hours to the cleaning of public places (in the UK) and that thousands of street cleaners could be laid off if gum was banned. Which seems orders of magnitude more than one might guess. 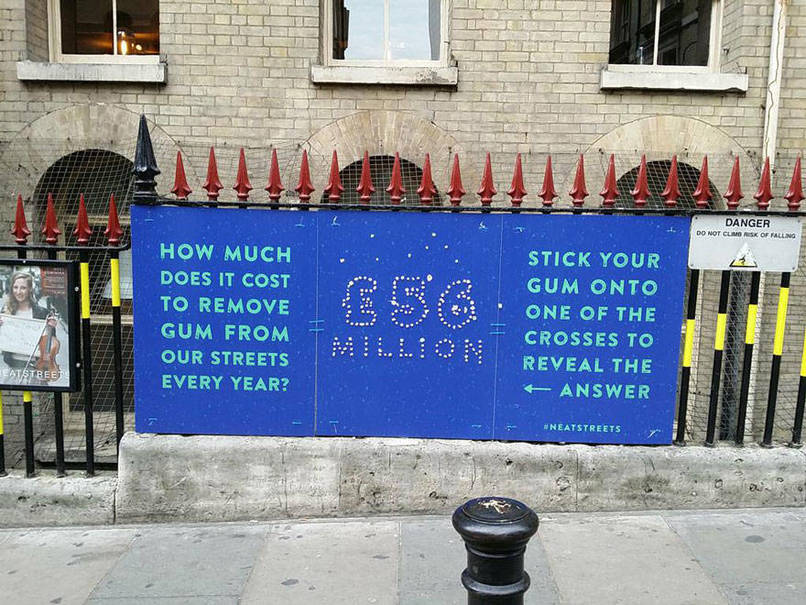 The source for the £56 million pound number appears to be this document, which includes the text:

The bill for cleaning up the chewing gum from an average town centre is £20,000 – and often needs to be done up three times a year. That’s £60,000 of avoidable expenditure. Multiply that for the 936 towns in England and it is £56 million which is wasted.

Available resources appear to agree that specialist equipment is required but estimates as to the cost vary. 10p here (although this might be expected to be a low figure, as it's got a high concentration in a small area). 50-200p here.

The precision of the number is probably low but it appears to be a somewhat labour intensive job compared to routine street cleaning. Taking ~£13K as the minium wage, that's roughly 4.5 full time staff per town, without overheads and captial costs. High, but not orders of magnitude out.

Not the answer you're looking for? Browse other questions tagged united-kingdom politics chewing-gum .

21
Does chewing on gum help clean your teeth?
1
Does visiting an A&E in a NHS hospital cost £111?