Is Saudi Arabia funding 200 mosques but not accepting any refugees?

Has Saudi Arabia announced it'll build 200 mosques for those fleeing fighting in Syria and Iraq, but won't accept any refugees?

Why will the Saudis build 200 mosques for these "refugees", yet won't take a single one in?

This question has two claims:

According to a report by Amnesty International, a non-governmental organization focused on human rights with over 7 million members, Saudi Arabia offered no formal resettlement slots to Syrians by the end of 2014. 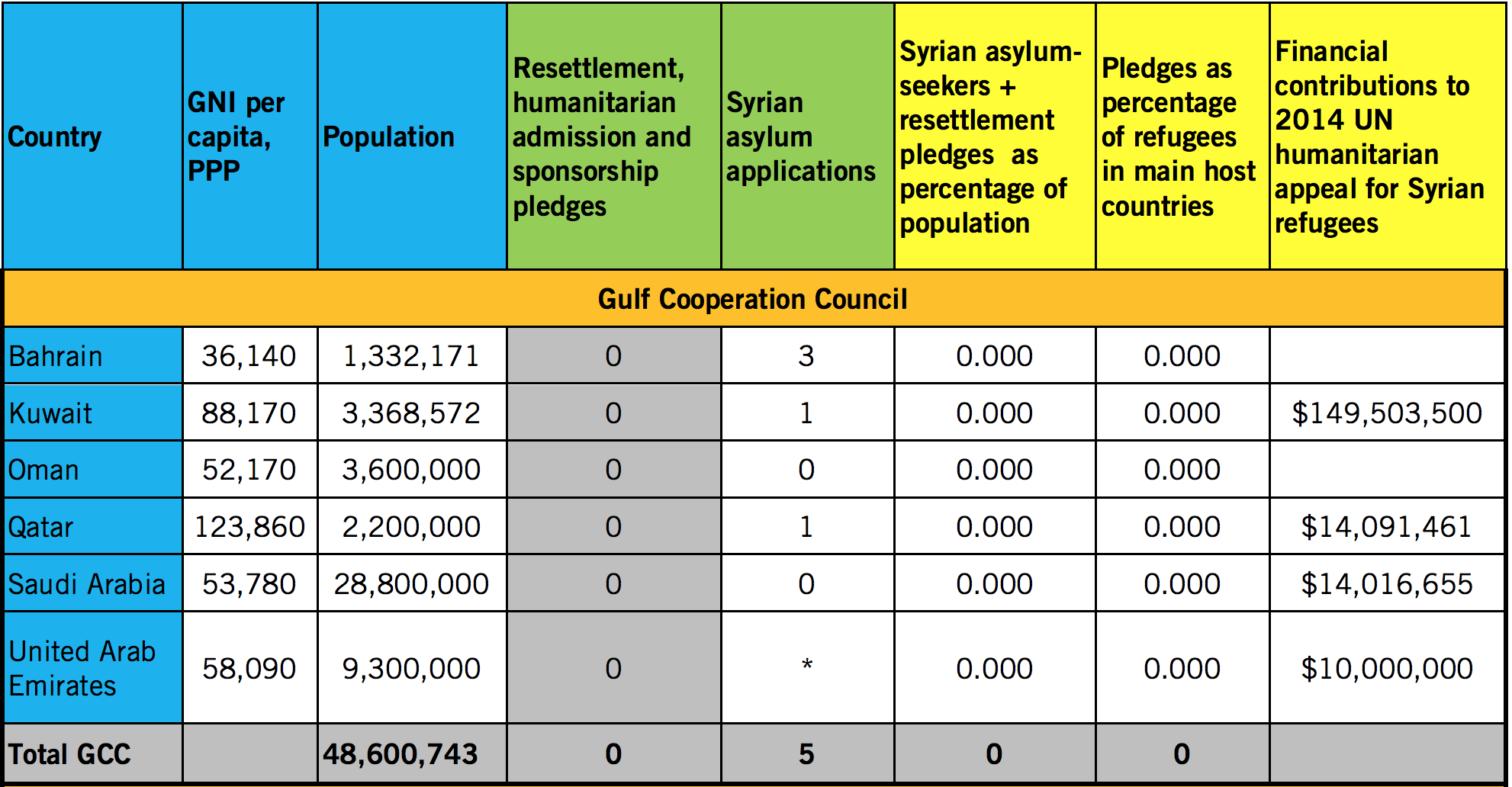 Furthermore, since the civil war broke out in 2011, the UN High Commissioner for Refugees, that is mandated to lead and co-ordinate international action to protect refugees and resolve refugee problems worldwide, has published data showing that only four applications have been "recognized". (Unrecognized applications do not earn an approval nor a rejection; they go directly to the trash can.):

The Financial Times analyzed the data and said:

Among the news articles who published these news:

(Google Translate) Instead, says the Lebanese newspaper al Diyar, Saudi Arabia offer for the Muslim refugees who are received in Germany, the construction of 200 mosques in. Although the newspaper writes that should be done in accordance with the Federal Government.

Therefore, it seems that piece of biews was originated by Al Diyar (a Lebanese newspaper owned by the controversial Charles Ayoub). Ibtimes.com referenced Al Diyar too.

Going through Al-Diyar's official website, I found an article entitled:

Translation: Refugees in Germany demand 200 mosques and Saudi Arabia is ready to fund

If you look through the article, you will find that it is extremely short (one sentence):

Translation: After the arrival of the number of Syrian and Iraqi refugees to Germany, 800 thousand Syrian and a half million Iraqis. The Saudi "committee" has demanded the committee chieftains of Muslim refugees build 200 mosque for Muslims in Germany. Muslim sheikhs said that Saudi Arabia was ready to build 200 mosques in Germany for refugees, subject to approval by the German authorities, but Municipalities Act imposes a referendum on the establishment of a mosque or not, as well as [restrictions?] on dawn and evening speaker broadcasts as they constitutes a nuisance to non-Muslims under the German law. Saudi Arabia are willing to donate USD 200,000,000 or more according to the announcement of the Emir of Mecca in the name of King Salman.

The article has no source, whatsoever. Moreover, Al Diyar's reputation in Lebanon is that it is biased and politically aligned with Hezbollah and the Assad regime in Syria:

Charles Ayoub, editor-in-chief of Al-Diyar, newspaper generally aligned with Syria and Hezbollah, published a front-page account in which he described accepting financial assistance in return for taking a middle line in his paper’s coverage of two political alliances, the March 14th movement (Western-backed, anti-Syria) and the March 8th movement (pro-Syria).

The "pro-Hezbollah" bias of Aldiyar would make the source unreliable since the relationship between Hezbollah (the Shia) and Saudi Arabia (mostly Sunna) is pretty tense. Hezbollah's leader Nasrallah has recently sent a message to Saudi Arabia saying "enough is enough" referring to the Shiite-Sunni war between Saudi Arabia and Yemen.

Until further evidence is found, we cannot determine if this claim is true or not.

I thought I should give what evidence there is from sources from Saudi Arabia.

Saudi Arabia has hosted around 2.5 million Syrians since the beginning of the crisis in that country in 2011, the Foreign Ministry has said. In a statement issued to SPA, the ministry said the Syrians have been leading a decent and normal life in the Kingdom like other expatriates. “The Kingdom does not deal with Syrian expats like refugees. They are living in a normal environment not in special camps.”

According to the ministry, the Syrians have been granted legal residence permits and full freedom to travel inside the country. “Moreover, they are allowed to study in Saudi schools as per the royal order issued in 2012.

A total of 100,000 Syrians are registered in public schools,” the ministry clarified, reacting to wrong reports about the Kingdom’s role in tackling the Syrian refugees crisis. “All Syrians in the Kingdom receive free medical treatment. They are allowed to work in the private sector like other expatriates,” the ministry added.

Saudi Arabia has spent $700 million to help Syrian refugees, according to figures made available during the Third Intentional Conference of Donors in Kuwait in March this year, the ministry said. [1]

The article specifically notes that they are not treated like refugees. This, aside from any political bias, may explain the numbers in various charts being spread.

Saudi Arabia said it has taken in about 2.5 million Syrians on religious and humanitarian grounds in the years since the country's conflict began and has offered residency to hundreds of thousands, as it sought to rebut suggestions that oil-rich Gulf states should do more to address the plight of refugees fleeing civil war. [2]

Official Source: #KSA received since beginning of the Syrian crisis, nearly 2.5 million Syrians and gave them full freedom of movement

Not the answer you're looking for? Browse other questions tagged islam saudi-arabia .