Is the world record for staying in an anechoic chamber an hour or less?

There is an anechoic chamber in Minneapolis, supposedly the "quietest place on earth", with isolated walls that absorb 99.99% of all echoes.

It is claimed that the world record for staying in this room is 45 minutes (one source claims 60 minutes). I find it hard to believe that the longest time someone can stand staying in such a room is such an absurdly low number, for a condition presumably similar to what deaf people experience all their life.

This room was features in another question here, which asks about the hallucinatory effects:
Does a -9 dB room cause hallucinations?

The answers to that question show that indeed such a room may induce hallucinations, but say nothing about the claimed world record.

Is the maximum time anyone has been able to stay in this or a similar room really been less than a couple hours?

Or has nobody tried for longer?

Examples for the claim:

dailymail.co.uk: We all crave it, but can you stand the silence? The longest anyone can bear Earth's quietest place is 45 minutes

Gizmodo.com: The Quietest Place on Earth Will Drive You Insane Within 45 Minutes

Discovery.com: World's Quietest Room Will Drive You Crazy in 30 Minutes

Today.Com: The sound of silence: Sailor finds peace in world's quietest room (claims that someone beat the previous record of 45 minutes and stayed for an hour)

Here's a video of a science reporter, Veritasium, staying in an anaechoic chamber for one hour, in the dark. Not only they do so at the first attempt, but they come out of it convinced they could have stayed indefinitely -- that there was no "driving crazy effect".

Clearly this is weak evidence by scientific standards, but the evidence those links give is no better, and this is actually on film/tape. Also, claiming that something extraordinary happens should be backed by stronger evidence than... nothing happens. 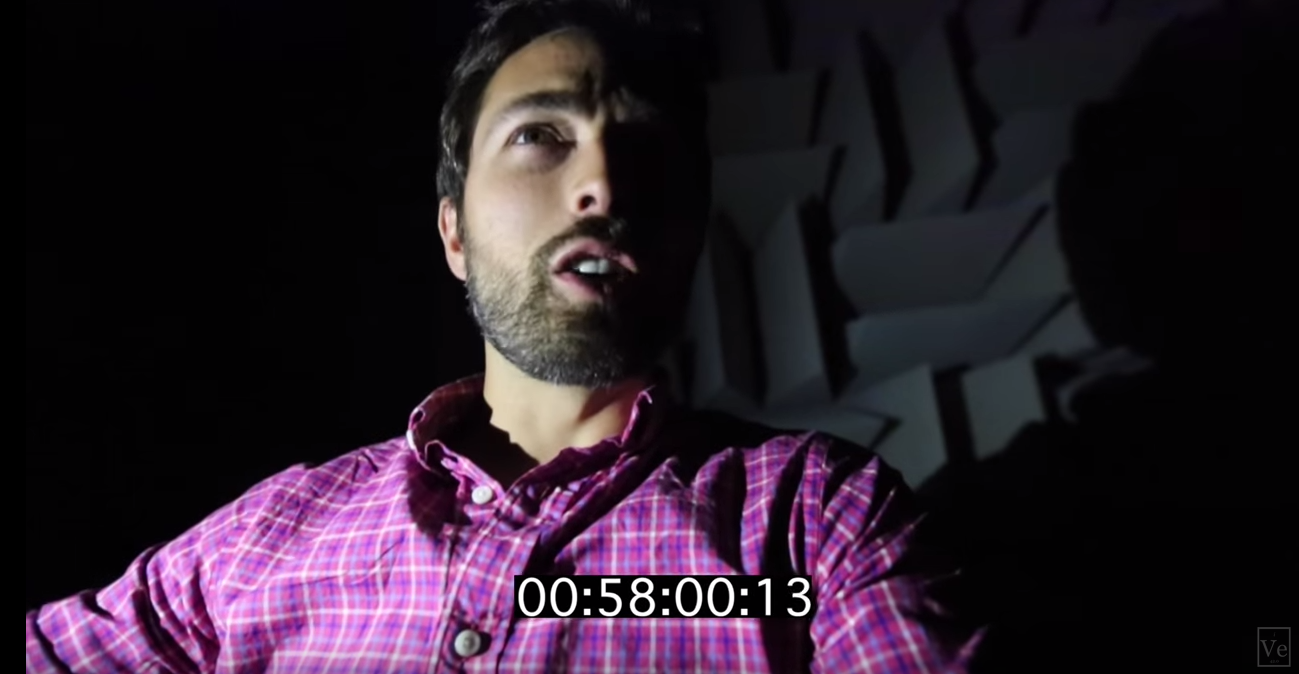 More importantly, there have been studies on whether anaechoic chambers and darkness give hallucinations or psychotic states. This is the subject of this other answer, which finds that there is an increase in the incidence of such occurrences.

That said, the subjects in at least one experiment were subjected to three hours of isolation in an anaechoic chamber. I think this debunks the claim thoroughly.

56
Does a -9 dB room cause hallucinations?

8
Is the Rorschach test a reliable diagnostic tool for psychologists?
56
Does a -9 dB room cause hallucinations?
10
Is there any scientific explanation for this trumpet noise from the atmosphere?
3
What is the source for the supposed "sound of hell"?
80
Does the US Armed Forces refuse to recruit anyone with an IQ less than 83?