I've read the above factoid many times, but sources are conflicting as to whether or not its true; that is,

Is there anything definitive out there known on whether door-closing buttons in elevators work, and who's enabling and disabling what?

Elevator manufacturers provide door open and close buttons because they are required by code. (in the US)

CHAPTER K1 MODIFICATIONS TO ASME A17.1 - 2000, SAFETY CODE FOR ELEVATORS AND ESCALATORS

(d) Open power-operated doors shall be closed only by momentary pressure on the door close button. On cars with two entrances, a separate door-close button shall be provided for each entrance if both entrances can be opened at the same landing.

(e) Opening and closing of power operated car doors or gates that are opposite manual swing or manual slide hoistway doors shall conform to the requirements of §2.27.3.3.1(c) and (d). Door opening and closing buttons shall be provided in the car-operating panel.
New York New York City Administrative Code

The code requires that the buttons exist and defines their functions when the elevator is in the "FIREMAN SERVICE" operation mode. What the buttons do otherwise is of no interest to the code.

The minimum acceptable time from notification that a car is answering a call until the doors of that car start to close shall be calculated from the following equation:

where T total time in seconds and D distance (in feet or millimeters) from a point in the lobby or corridor 60 in (1525 mm) directly in front of the farthest call button controlling that car to the centerline of its hoistway door. For cars with in-car lanterns, T begins when the lantern is visible from the vicinity of hall call buttons and an audible signal is sounded. The minimum acceptable notification time shall be 5 seconds. 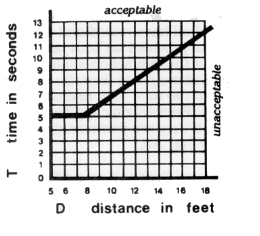 Once all the code requirements are met: Five seconds is a long time when waiting in a elevator.

According to Futility Closet,

In most elevators installed since the early 1990s, the “close door” button has no effect. Otis Elevator engineers confirmed the fact to the Wall Street Journal in 2003.

Most other online articles ultimately all point to the same resource.

The WSJ article is: Sandberg, Jared. (January 15, 2003) "Employees Only Think They Control Thermostat". The actual quote from the article is:

That's just one of several examples where the mere illusion of control seems to satisfy us. Plenty of placebo buttons give the same false impression. That "close door" button on elevators? It won't work unless you're a fireman or an elevator operator with special access to the system. The rest of the time, in deference to various building codes, it's deactivated, according to engineers at Otis Elevator.

Note the reference to building codes. This might well vary from city to city, and therefore be true in some places (say, New York City, where WSJ is published) and false in others.

I found another reference in a New Yorker article that seems to indicate this change dates from the 1990s:

In most elevators, at least in any built or installed since the early nineties, the door-close button doesn’t work. It is there mainly to make you think it works. (It does work if, say, a fireman needs to take control. But you need a key, and a fire, to do that.)

Perhaps that is when the building codes changed? I tried looking this up in the New York City building code, and saw nothing specifically mentioning buttons inside the car. (I will admit to being bad at reading legalese like this, its not very accessible prose). However, like most local building codes in the US, they defer to national standards as set by ASME:

3001.2 Referenced standards. Except as otherwise provided for in this code, the design, construction, installation, alteration, repair and maintenance of elevators and other conveying systems and their components shall conform to ASME A17.1 as modified by Appendix K, ASME A17.2, ASME A18.1, ASME A17.5, ANSI A10.5, ASME QE1-1, ASME A90.1, ASME B20.1 as modified by Appendix K, ALI ALCTV, and for construction in areas of special flood hazard, Appendix G.

Only the table of contents of ASME A17.1 (PDF link) is online, ASME charges several hundred dollars to purchase this book, so I can't directly check it for the rules on close door buttons.

Although there is plenty of anecdotal evidence to show that the door close button works in some modern elevators (including the one in our office building).

Here is a link to a KONE elevator information brochure which states:

And another from KONE:

Door close button allows the door to be closed for a call, which shortens the normal dwell time and improves the interval during non-peak hours.

Wikipedia also shows there are multiple uses for the close button:

The elevator will remain parked on a floor with its doors open until a floor is selected and the door close button is held until the elevator starts to travel.

However, like independent service mode, the car will not respond to a car call unless the firefighter manually pushes and holds the door close button.

Medical personnel must then activate the Code Blue key switch inside the car, select their floor and close the doors with the door close button.

Not the answer you're looking for? Browse other questions tagged psychology marketing elevators .