Is Sprockit the robot an AI or a fake?

I just attended a local technical conference and there was a robot roaming the building, talking to people. His name was Sprockit, and he was talking with people. He saw a guy and said "Hey dude, good to see you again" and the guy replied in a manner that implied that they had already talked. At one point Sprockit said "you're pulling my leg," the guy replied "you don't have legs" (he was on wheels), and he replied "well, you're pulling my leg anyway." I also talked with him, asked to shake hands (which we did), discussed seeing things at the conference, and I said something about him having good AI software, which he agreed with. His responses were quick and sounded natural, he was responding to sound and movement, and able to carry one a conversation in a crowd with a lot of ambient noise. 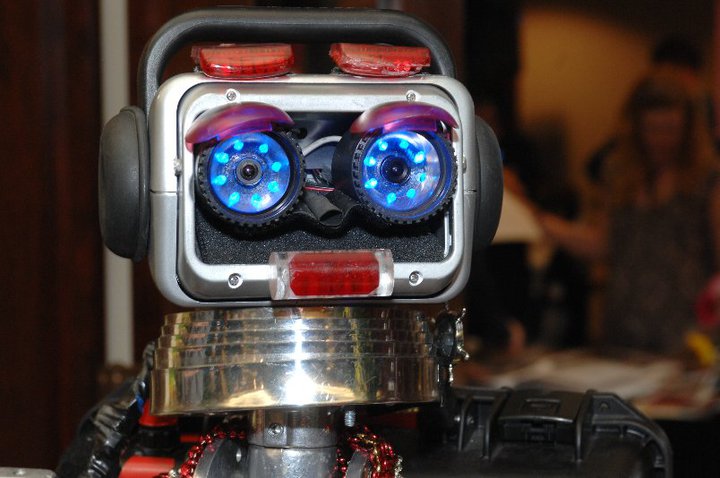 My co-workers have all been asking where the person behind the curtain was. He certainly seemed too good to be an AI, but if he was controlled remotely, they had good microphones and cameras to pick up conversations with the crowd. Does anyone know if he is a real AI or not?

EDIT: I was looking for technical information, perferably from someone who had worked with it. Thus, it was originally asked in the Programmer's forum. Apparently some there thought that a guessed answer was what I was looking for. Even if there is no AI, it is still impressive software and hardware, because there has to be a fast wireless communication with the controller, stereo sound, cameras, and controllers.

computers technology
Share
Improve this question
edited May 7, 2011 at 10:27

There are only two things I can find out definitively:

If you have ever been to Disney World you might have met Push the Talking Trash Can: 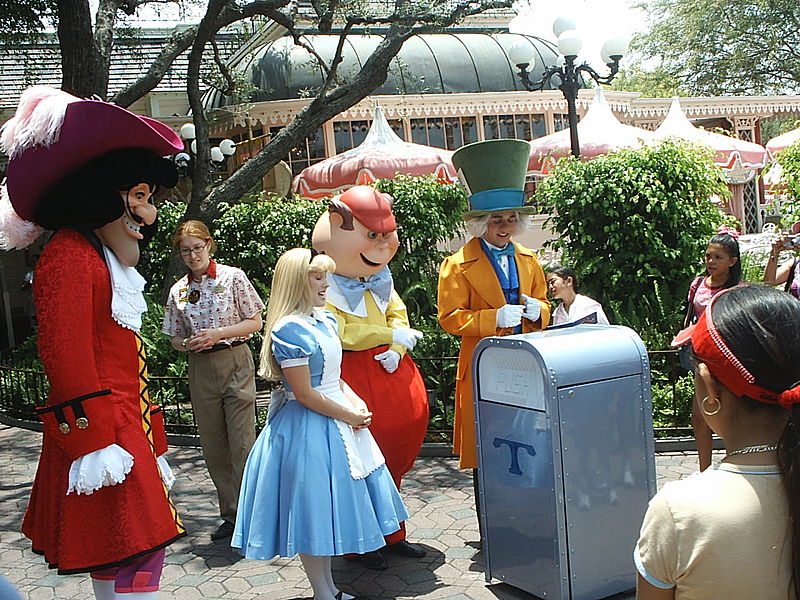 Push is controlled by a man in plain clothes, who keeps a small microphone in his hand and keeps his hands inside a bag with the transmitter and a joystick.

There is a picture here of the operator (black cap, white t-shirt, large black bag).

If you are observant, you could probably find a similar person near Sprockit.

Not the answer you're looking for? Browse other questions tagged computers technology .

27
Did Apple "jumpstart" the USB market?
14
Has anyone ever hacked into a traffic control system to change the stoplights?
52
Does the color temperature of a computer screen affect sleep patterns?
11
Does a screensaver save the computer display screen?
14
Could the Nokia 1100 be hacked to sniff SMS messages intended for third parties?
2
Does Windows 7 make up almost 50% of the desktop operating system market share?
8
Can the "Xtra-PC" USB device make your old computer faster?
10
Was this Harry-Potter themed text written solely by a computer program?