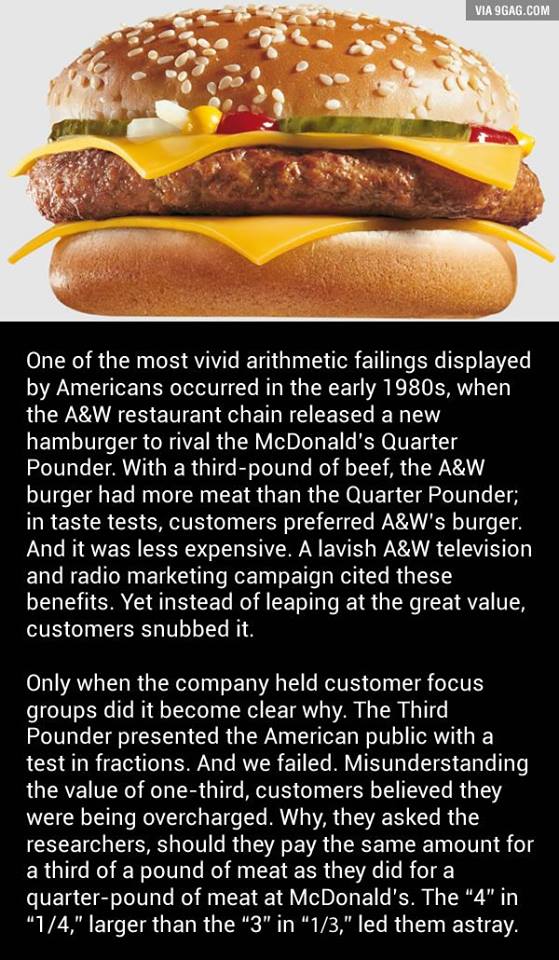 Was there ever such a customer focus group held by A&W, and did it reach the result described in the image?

The source of this image is an article in NY Times Magazine, the text of which (about a quarter down the page) is quoted exactly.

Kevin Drum, a blogger for MotherJones, tried to track down the source of this anecdote. He found a tweet by the article's author, Elizabeth Green, saying that she got it from "Threshold Resistance", the memoirs of Alfred Taubman, then-owner of A&W.

Reproducing the quote from that book that's on the MJ site:

Well, it turned out that customers preferred the taste of our fresh beef over traditional fast-food hockey pucks. Hands down, we had a better product. But there was a serious problem. More than half of the participants in the Yankelovich focus groups questioned the price of our burger. "Why," they asked, "should we pay the same amount for a third of a pound of meat as we do for a quarter-pound of meat at McDonald's? You're overcharging us." Honestly. People thought a third of a pound was less than a quarter of a pound. After all, three is less than four!

Since any actual data on the study performed is probably private data of A&W and the Yankelovich research group, we'll probably have to take Taubman at his word here.

Not the answer you're looking for? Browse other questions tagged nutrition mathematics mcdonalds .

13
Are frozen vegetables typically healthier to buy and eat than fresh ones?
4
A question about chicken eggs, which ones are best?
2
Did Grothendieck reinvent the Lebesgue integral?
34
Is diet soda less healthy than regular soda?
14
Are refined edible oils unhealthy compared to unrefined ones?
19
Does popped popcorn have less calories than unpopped?
18
Is cooked protein less digestible than raw protein?
12
Does consuming a surplus 3,500 calories lead to the gain of one pound of body fat?