Is Obama the only president who has been denied by the opposing party when trying to raise the minimum wage? 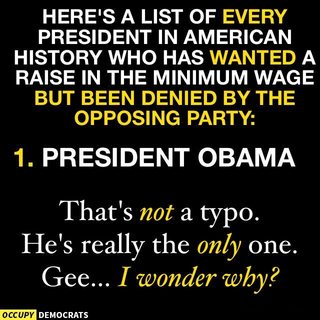 Here's a list of every president in American history who has wanted a raise in the minimum wage but been denied by the opposing party:

I'm not sure if any further explanation or clarification is needed on my part... Is this claim true?

I'm going to quibble with the phrasing and be really strict since the framing is manipulative/dishonest.

Has any president wanted a raise in the minimum wage but been denied it by the opposing party?

The minimum wage goes back to 1938 but I can't find good records online of things proposed to the house/senate before the late 1980's.

During most of Clintons term 1993-2001 the republicans controlled the house and the senate from 1994 until the end of his term. So we can accept any proposed minimum wage increases that didn't happen in that term.

Clinton was pro-increase. So proposals during his term count.

Here are the increases that did happen: 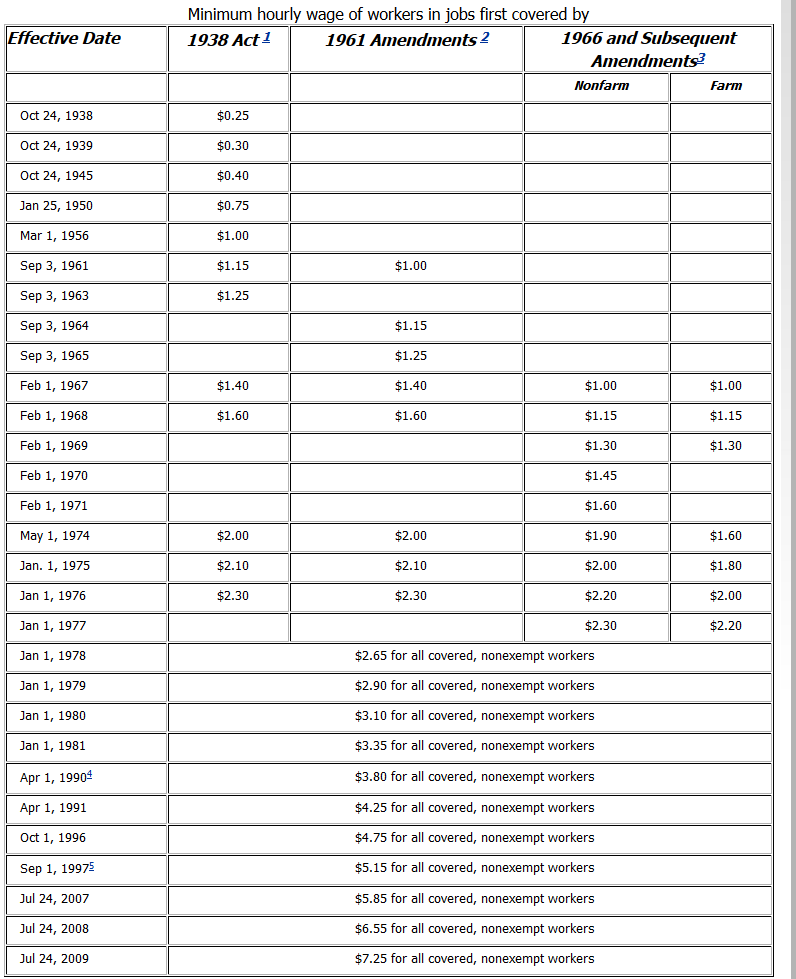 This did not happen.

Note that this is not listed as passed in the senate.

Thus a president, Bill Clinton wanted a raise in the minimum wage but the proposed raise was denied by the opposing party at the time, the republicans who controlled the house and the senate.

@Murphy covered why the claim is false. But it's also worth understanding why the claim is misleading. Note the wording: "Here's a list of every president in American history who has wanted a raise in the minimum wage but been denied by the opposing party:". This ignores two things:

From State of the Union History:

In each of his state of the union addresses, President Truman repeatedly urged congress to raise the minimum wage.

Per a Washington Post article from 2006 (the first search result I found), "The Senate has rejected 11 attempts to raise the minimum wage since 1998, according to a legislative history compiled by Democrats." Since Obama wasn't elected until 2008, that raises a certain doubt about the claim, though of course it doesn't provide information on whether the President at the time wanted each increase. (Under the US Constitution, what a President wants doesn't count until a bill is passed by both houses of Congress.)

22
Has Obama or any other US President authorized the assassination of US citizens?
58
Has Trump's administration been making more human trafficking arrests than the Obama administration?