Did Brian Blessed punch a polar bear in the face?

There's an oft-repeated claim that verteran British actor and explorer Brian Blessed punched a polar bear in the face while on an Arctic expedition. Apparently he himself has made this claim in interviews. Here's an example of the claim, from an article 7 Reasons Why Brian Blessed is the Best Human:

He is the oldest man ever to reach the North Pole and the Magnetic North Pole. Whilst there, he punched a polar bear – and I’m quoting the man himself directly here – “straight in its f***ing face.”

I'm not currently able to view video but apparently there is a clip of the man himself making this claim on comedic chat show The Kumars at No. 42. Here it is on Youtube, and here it is on Sky.com.

I've always assumed it couldn't be true - but there are many things about Brian Blessed's life which seem ridiculous and unbelievable but none-the-less appear to be true.

It's one of those popular stories that turns up in surprising places. For example, here's an artists' impression of what this scene might have looked like, from popular internet MS Paint artist Jim'll Paint It: 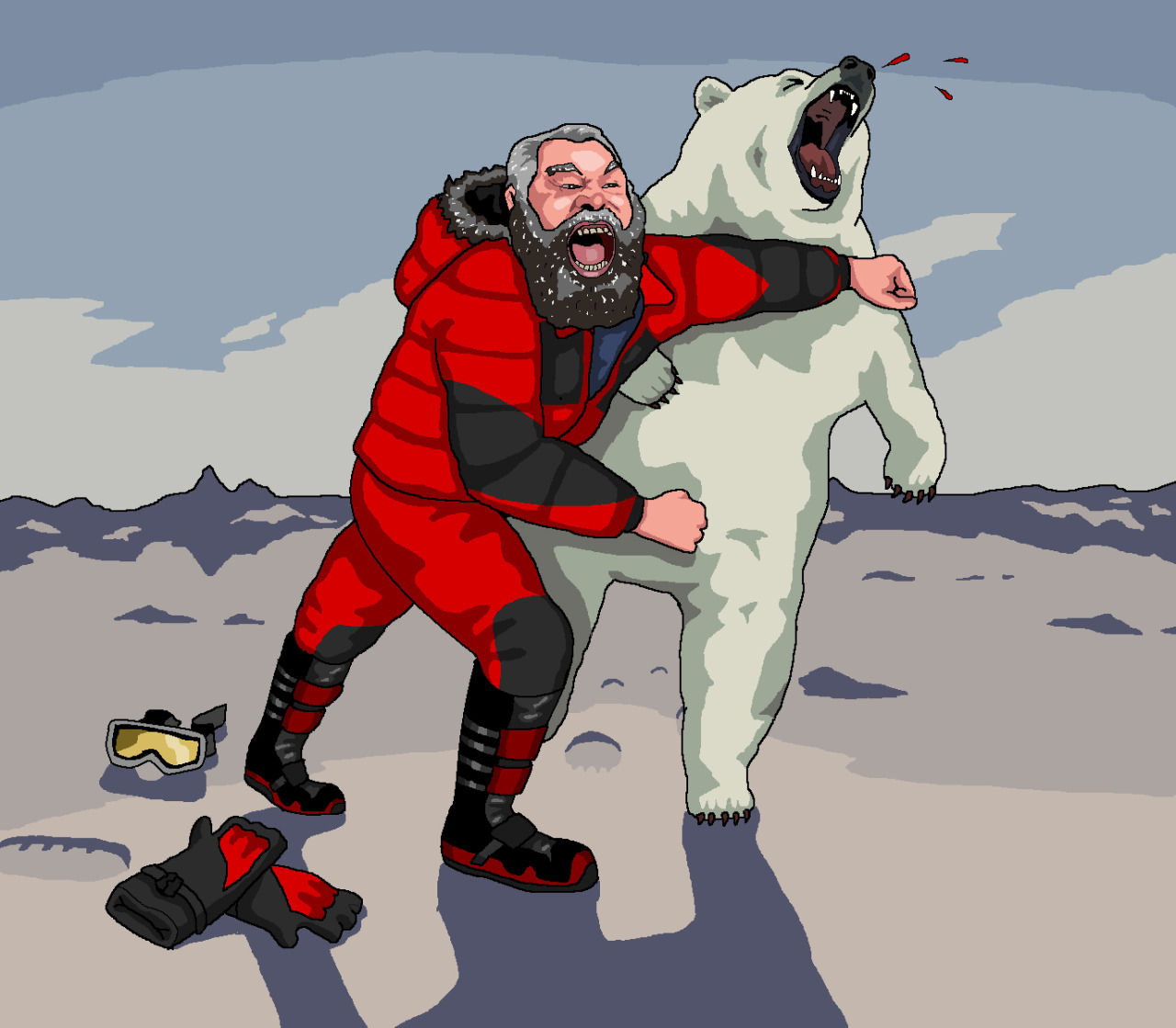 I haven't been able to find corroboration from the others on the expedition, however as you linked, the man himself described the encounter on live TV. He said there were eleven others, so if he was lying I suspect they would have called him out.

It seems plausible too- apparently it's the most sensitive part of the bear and is recommended by Inuits, as described by this article and even by Polar Bears International.

Numerous sources confirm he was the oldest person to reach the North Pole, so at the very least that's a good indication he was there.

In conclusion, I don't see any great reason to doubt it.

6
Did John McAfee, the anti-virus creator, found an alternative medicine company?
6
Did the Porsche which Paul Walker was in at the time of death have a different number plate to the one he was last seen in alive?
44
Did Elvis consume 100,000 calories a day at the end of his life?
3
Did Enzo Maiorca rescue a pregnant dolphin and did he get a "kiss" from the mate