What is the origin of this photo of an unexploded bomb?

The viral image below purports to show three TV screenshots of the same photo of a bomb, with the source of the being attributed to three different sources: 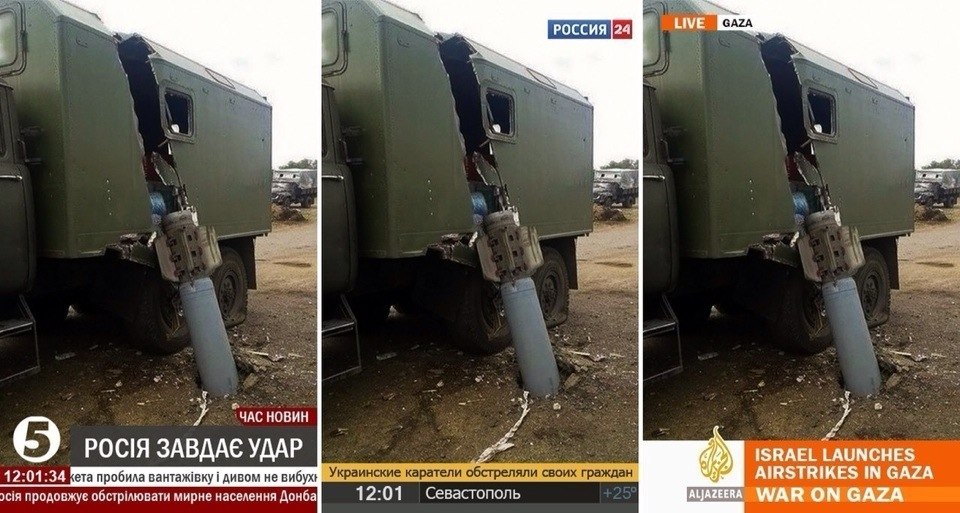 What is the true origin of this photo? Additionally, are any of the news report screenshots genuine?

The original photo appears to have been posted by Ukrainian soldier Andrew Zaharov on his Facebook photo album. as it predates the articles from any of the news sources below. 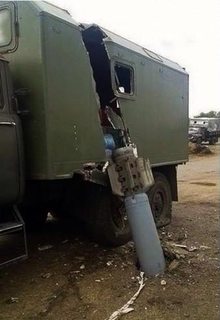 The initial hit for this image was carried out by cropping the image with Photoshop, then performing a reverse image search, which resulted in a hit to this Ukrainian news site, which has additional images of the truck which was hit by the missile. The site also mirrored Zaharov's photo above.

Google Translate of the page has the following information:

Ukrainian security officials, who are near the village of Dmitrovka Donetsk region were fired from a Russian "Hurricane." Fortunately, one of the rockets that hit in the staff car, did not explode.

Therefore, the original photo in this image appears to be an Ukrainian military truck that was hit by a Russian missile, at least according to the news page. The missile is used by both the Russian and Ukrainian militaries but not by Israel, so it is clear at least that the final instance of the missile being labelled as Israeli is false.

Furthermore, attempting Google searches for the alleged "headlines" on the 3 images did not yield the original news articles which allegedly had their screenshots taken, but instead yielded the meme-image itself. This, coupled with the fact that all 3 of the images had exactly the same size, position and colour profile made the origin of the image extremely suspicious.

From this, we can infer that it is likely that the creator of this image faked the "headlines" for each of the images.

While we can conclusively find that the truck was an Ukrainian vehicle (from an independent report by Reuters courtesy of Anixx's answer), it will unfortunately be impossible to determine the actual provenance of the missile. Both militaries use the exact same missile model (BM-27 Uragan), and both countries' media sources deny firing the missile in a mirror of the MH17 shootdown tragedy.

During shelling Russian positions Ukrainian troops soldiers under Dmitrijevka 220-millimeter rockets Russian "Hurricane" has broken Ukrainian staff car and did not explode. This is reported by users of social network Facebook.

Near the village of Dmitrovka in Luhansk Russian rocket "Hurricane" has broken Ukrainian staff car and did not explode. 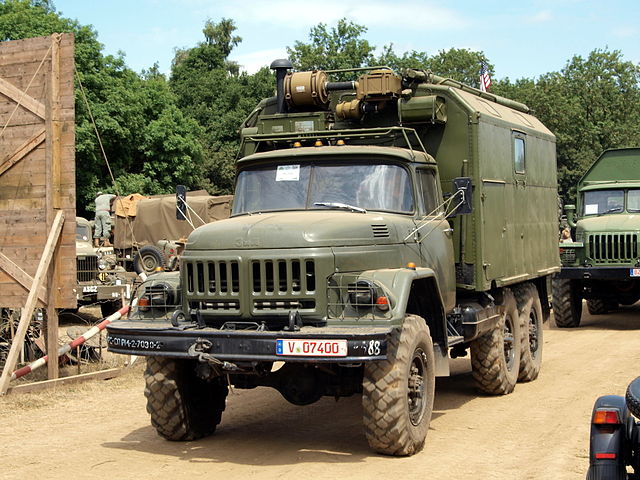 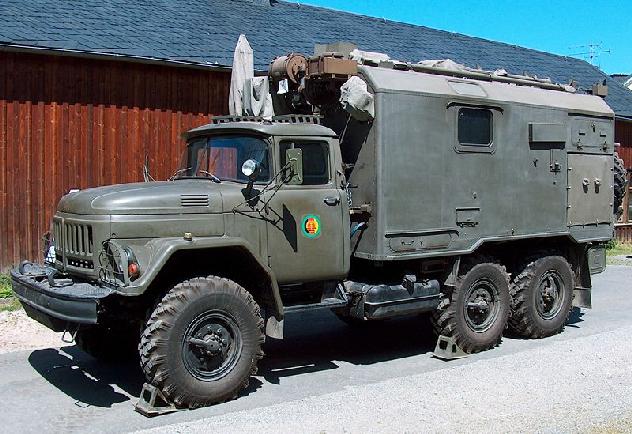 which is very unlikely to be used in Palestine.

So the claim it is from Palestine is wrong. The bouth Russian and Ukrainian media claimed the truck to be Ukrainian, but attribute the strike differently, Ukrainian sources say it was hit by a Russian missle, while some Russian sources say it was mistakenly hit by the Ukrainians themselves. The incident had been reported by other agencies, such as Reuters as well (with a photo by Reuters own correspondent David Mdzinarishvili included).

The incident happened near Dmitrovka at the base of the 12th batallion of territorial defense 12 September 2014.

At least in Russia and Ukraine the incident had been widely reported, but the alleged screenshots from the media outlets seem to be faked as thorough explained in the other answer, possibly with satirical purposes to expose the propaganda techniques in modern media. 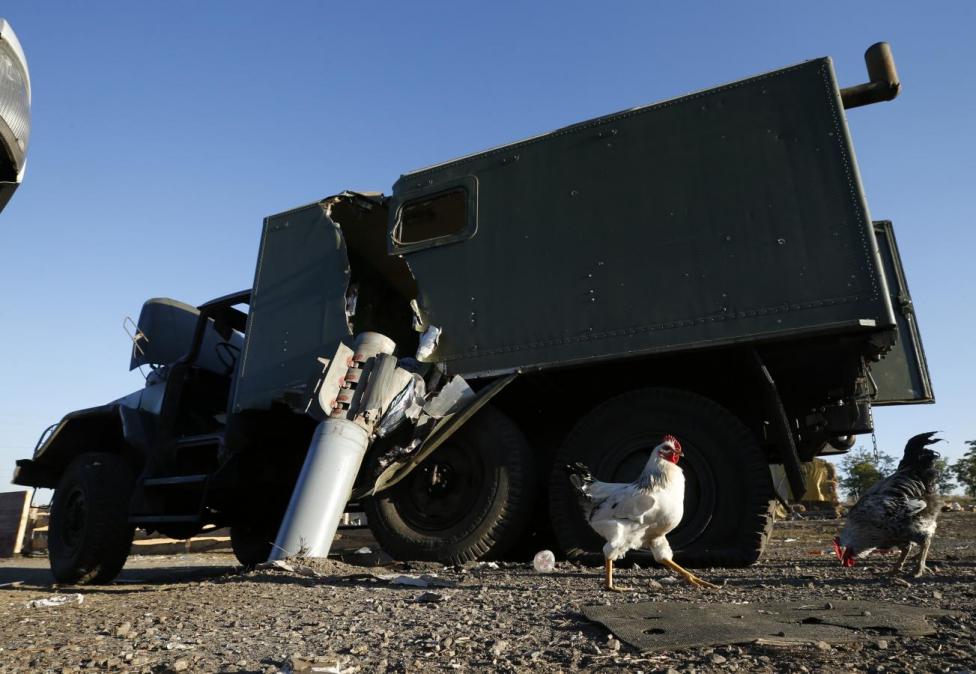 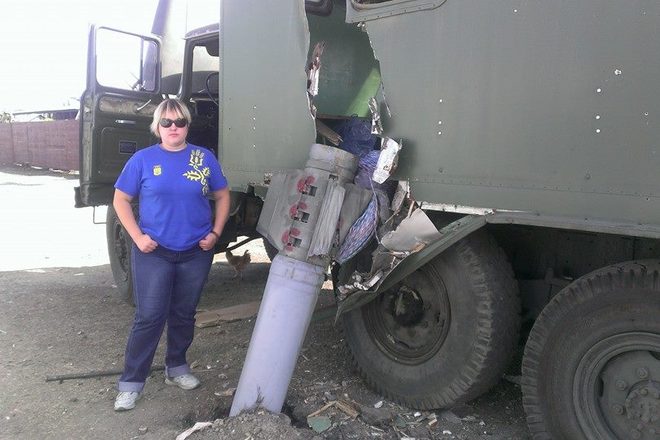 Not the answer you're looking for? Browse other questions tagged war television russia ukraine .

64
Is this photo of a jet firing at MH17 a fake?
30
Does this map show every car bomb explosion in Baghdad since 2003?
1
Does this photo depict the Sabra and Shatila massacre?
8
Did Putin give this talk about the cultural preservation of European tradition, religion and race?
14
Were more Americans fatally shot by March this calendar year than died during DDay as the Washington post claimed?
2
Is this a video tour of the building claimed to be "Putin's Palace"?
3
Does this video depict a neo-nazi leader dying in the middle of a speech?