Is Queen Elizabeth queuing for a sandwich in this photo? 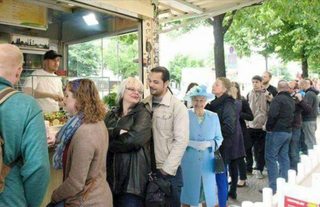 Did the Queen Elizabeth actually queue for a sandwich in this photo? Or something else is happening?

The image is a real1 image of a cardboard Queen. (http://www.bz-berlin.de/berlin/die-queen-macht-ueberall-in-berlin-eine-gute-figur).

That reference mentions "von Pappe", which means "of cardboard", and in context ("nicht von Pappe") may be a pun.

Regardless of what that actually means, the reference also contains these photos, which clearly show what appears to me to be a cardboard stand: 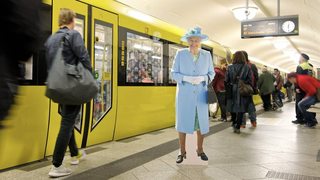 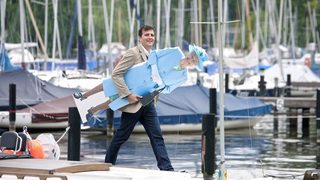 No, the Queen isn't queuing for a sandwich in this photo. It turns out be a cardboard cutout of Queen Elizabeth II or a photoshopped image. Several images were posted on Berlin.de on June 23, 2015 16:43. They were attributed to photographer Charles Yunck.

Translation: BZ was with the Queen through Berlin go. The 89-year-old is not simply of cardboard and cuts a great figure.

Some other variants are below: 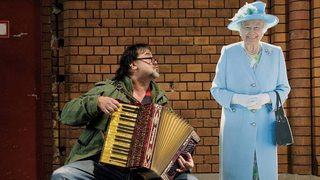 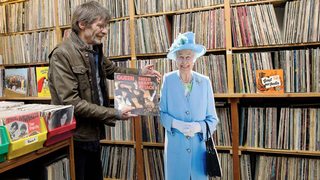 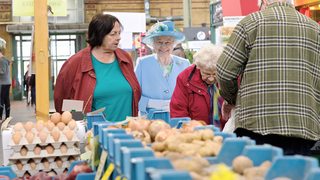 Also another video was found, indicating that it is a cardboard cutout: 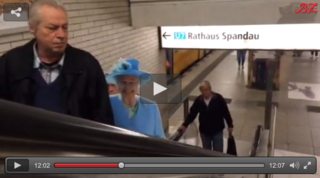 While searching, I found a high quality version of the image here, zooming in:

31
Does Queen Elizabeth II own 6,600 million acres of land?
2
Did Tony Benn say this about "the establishment"?
23
Is this a declassified photo?
6
Is this comparison of Carol Irving and David Laws MP accurate?
3
Is this picture from the flooded cave rescue in Thailand?
9
Is The Venice Syndrome documentary cover photo real?
5
Are the "DHSC Communications Team" using bots to flood social media with posts showing NHS workers supportive of government policy?
68
Was Bill Gates' mugshot photo used in 2010 as a template for Outlook contacts?