Did a poltergeist move furniture around in this CCTV footage?

I found this article on The Mirror web-site.

Terrifying CCTV footage has emerged online of the moment an 'evil ghost' appears to attack a hotel by throwing around furniture in front of horrified witnesses.

In the bizarre clip, a man is seen standing in what looks like the hotel's lobby before he inexplicably makes a run for it out of the room.

So far, YouTube viewers seem pretty convinced by the footage, which was uploaded to the video site by Night Ghost House, but little information is available about the clip, including the location and when it was filmed.

Is this staged? It looks pretty sophisticated, maybe it's from a Hollywood movie?

The CCTV footage was mistaken with an actual movie called Bangunan (2015). This is the official trailer of the movie: 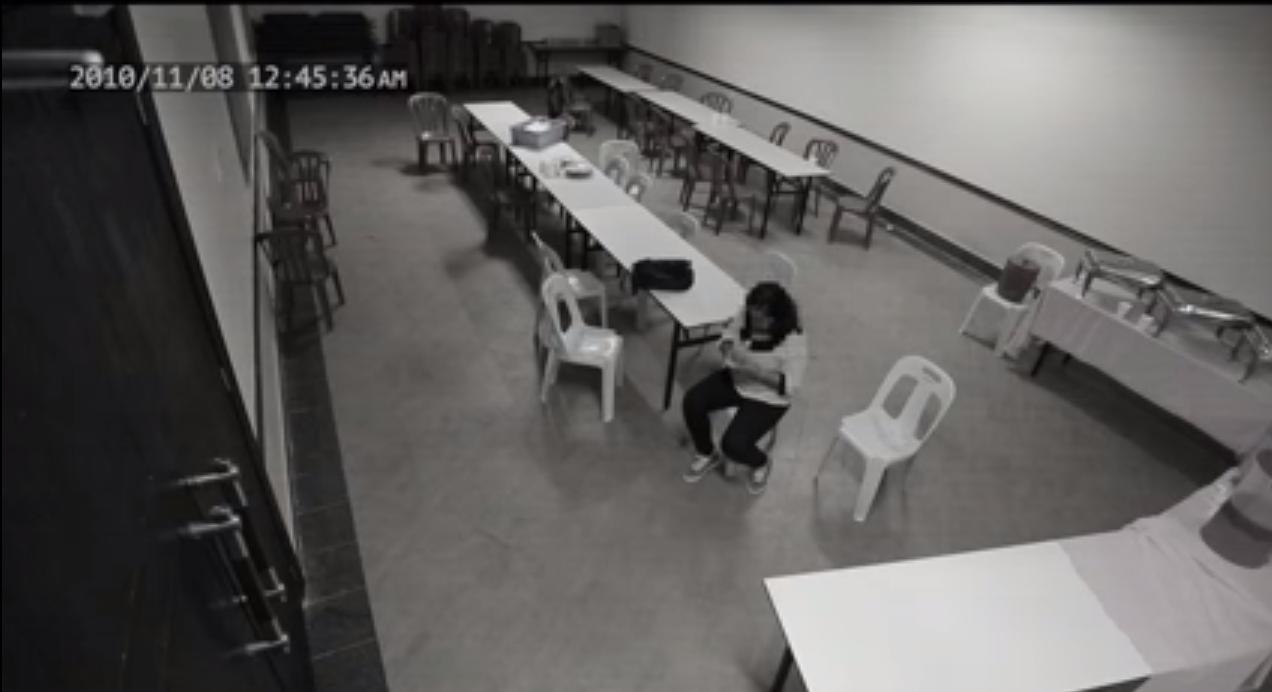 5
Is this CCTV video about a chair moving by itself in Essex theatre fake?