Is this picture of Rachel Dolezal reading a book called "How to be Black" genuine?

This picture of Rachel Dolezal has been making the rounds online. Is it genuine? 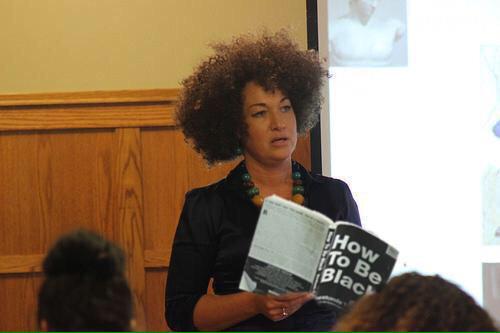 Ijreview, where it was featured, isn't sure if the image is fake or real.

The image turns out to be photoshopped.

Apparently, that picture has been tweeted recently by a columnist called Jonah Goldberg here on 14 June 2015 and went viral: 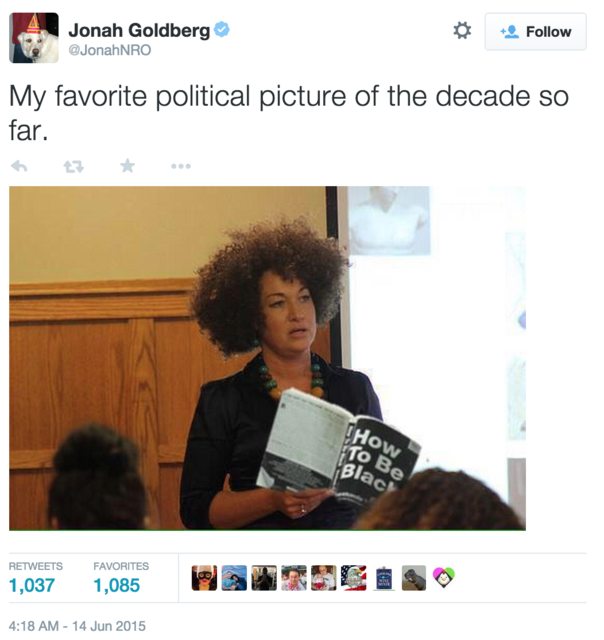 After rigorous search online, an old occurrence of the photo was found which was posted on flickr on February 11, 2014: 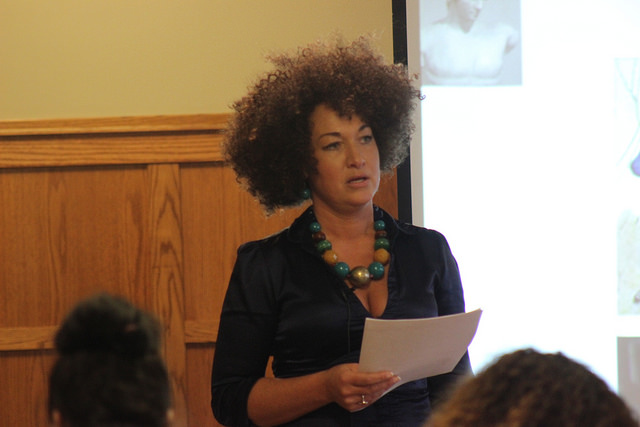 So, if we want to match the images together, it would look like this:

The photo in the album Rachel Dolezal: Tangled (Karissa) was also accompanied with several other images belonging to the event. 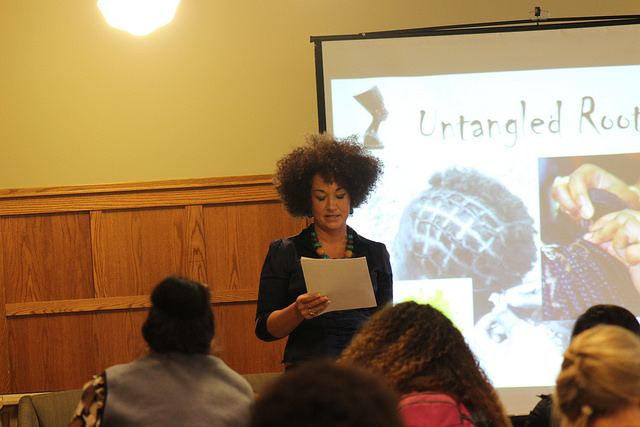 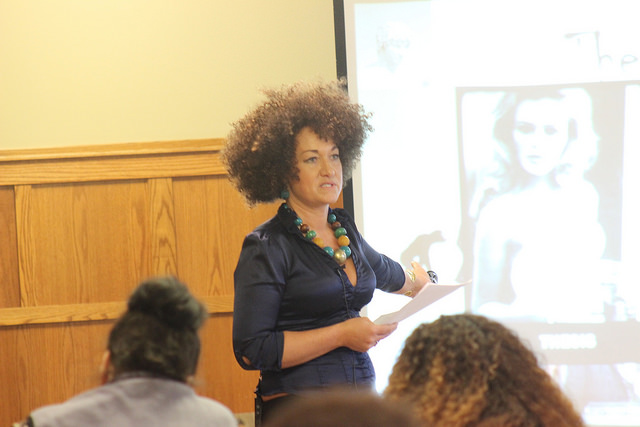 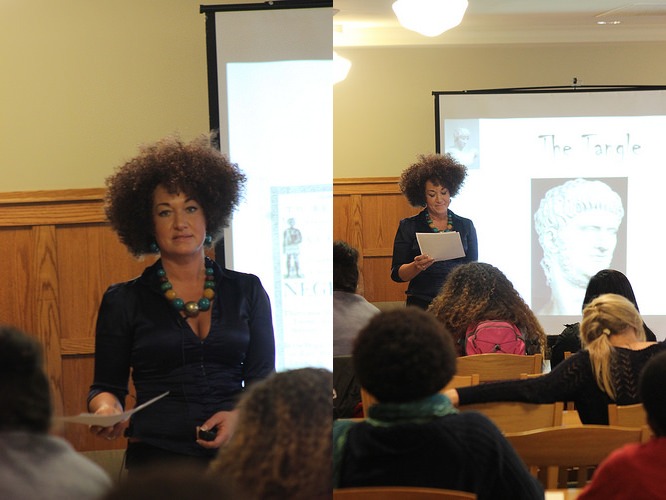 22
Do light field cameras exist?
22
Were firearms prohibited in Dodge City, Kansas in the 1870s?
47
Did Esurance put up a billboard saying "Cover your home in a dick"?
116
Is this picture showing an eagle flying upside-down genuine?
30
Was Pope Francis a Black Sabbath fan in his youth?
82
Is this picture of a bent propeller genuine?
15
Did 13 men kill themselves after being rejected by Princess Qajar?
68
Was Bill Gates' mugshot photo used in 2010 as a template for Outlook contacts?
80
Is this photo of a road detouring around a tree authentic?