Is a 'crooked tongue' a new stroke indicator?

Currently a story is going around on Facebook that there is a new stroke indicator: 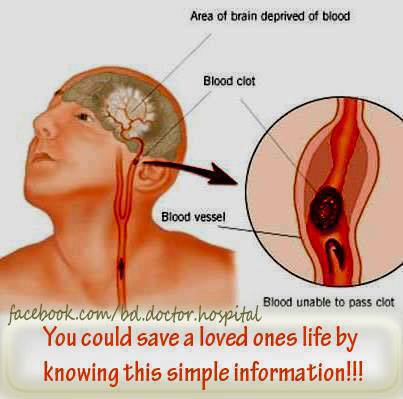 S = Ask the individual to SMILE.

R = Ask him or her to RAISE BOTH ARMS.

If he or she has trouble with ANY ONE of these tasks, call emergency number immediately and describe the symptoms to the dispatcher.

NOTE: Another 'sign' of a stroke is this: Ask the person to 'stick' out his tongue. If the tongue is 'crooked', if it goes to one side or the other that is also an indication of a stroke.

The comments are of course plenty, anecdotal and opinionated.

Is there any documented proof that a crooked tongue is a reliable indicator?
That does not mean that it can't have false positives of course, anything that substantially increases the chance of spotting a stroke, is welcome.

One thing we do not need is another urban legend.

The story is posted on a "Doctors and hospital" Facebook page which contains sensible posts as well as blatant nonsense.

The reliability of a version of this test was examined in:

They didn't just look at stroke patients, but also Transient Ischemic Attack (TIA) patients - i.e. a "warning stroke", that may lead on to full strokes.

They used digital photography to precisely measure the tongue's deviation, and also had two physicians visually examine the tongues.

The two different physicians got different results, but they were promising:

So, there are some false positives (tongue deviations in healthy patients) and a lot of false negatives (stroke and TIA patients without a deviation), but the results were promising in giving another sign to help a diagnosis.

Using the tongue deviation angle of 3.2° discussed above as the threshold value, 84% of TIA patients and 88% of stroke patients are considered to have obvious tongue deviations. The percentages are much higher than that in reference 5, and they are high enough to be an indicator of stroke.

However, these were using two physicians, with some experience at examining tongues (certainly by the conclusion of the experiment), and the size of the assymmetry was sometimes small. This isn't evidence that a First Aid responder could detect such a sign accurately.

19
Do "new documents" change anything about the Wakefield/MMR vaccine paper/retraction/fraud situation?
11
Krokodil, new home brewed drug
15
Does German New Medicine work?
9
Recommendation of the Canadian Paediatric Society to never clip tongue ties for breastfeeding
15
Do 90% of new drugs not improve over previous drugs?
3
Is a new case of dementia diagnosed every 4 seconds?
2
Can hickeys induce a heart attack / stroke?
5
Can people "wake up" with a new accent? (Foreign Accent Syndrome)
32
Was Eddie Van Halen's tongue cancer caused by metal guitar picks?