Can tortoises become deformed by growing up inside rings of plastic? 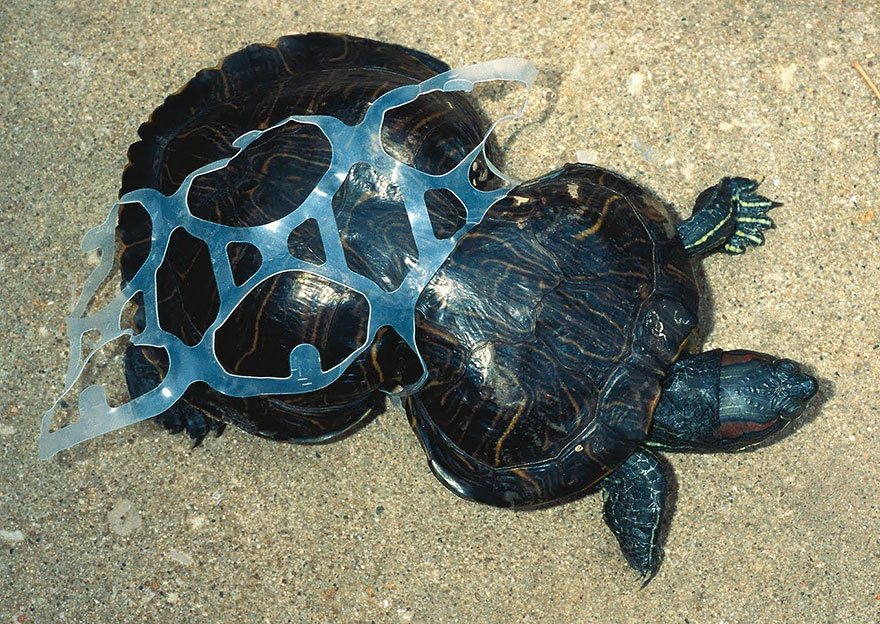 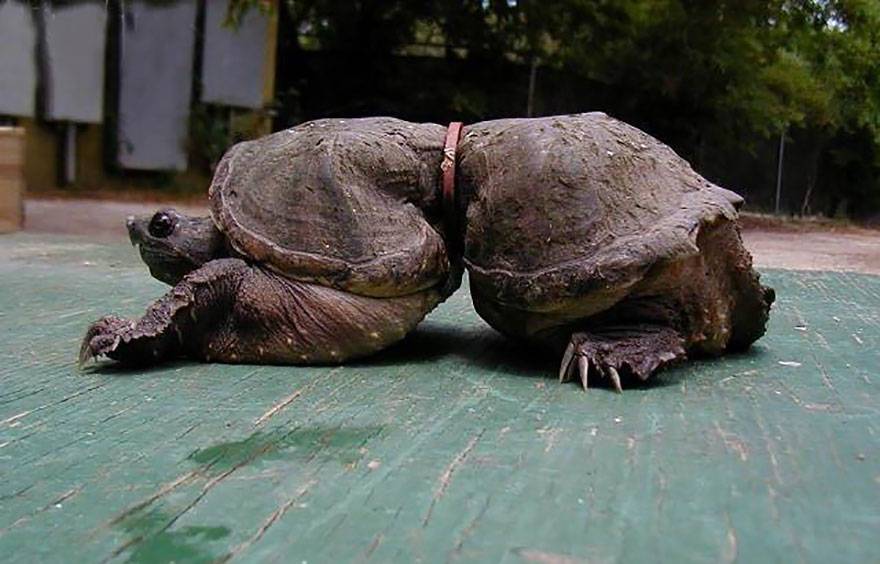 I found these images on this image aggregator, which states that the photo credit is unknown for both images. The tortoises are implied to have become deformed from growing up inside the rings of plastic.

Are these images authentic, and is it in fact possible for tortoises to become deformed in such a manner?

zoology pollution
Share
Improve this question
asked May 29 '15 at 11:52

There are at least two documented cases where turtles were found with constricting plastic rings around their midsection. One with a six-pack ring, another with a milk bottle safety seal ring:

There is no evidence that these are hoaxes, nor that some other process caused the deformity. It is reasonable to assume they are solely a result of the plastic rings they were found with.

Peanut, the figure 8 turtle, appears to still be alive and is living in the Busch Conservation Area in the Missouri Department of Conservation. This turtle is used in outreach programs to teach students and other groups the dangers of plastics in the environment, and there exist many reports and images of this turtle over the years. It is very unlikely that it is a hoax of any sort:

There has been discussion on the Snopes forums regarding the second image. In the link, they discussed the case of Peanut the tortoise, which appears to be the same tortoise depicted in the first link. Therefore, at least the first image is authentic, and tortoises can certainly be deformed by plastic rings.

According to the Minnesota Department of Natural Resources quoting the Missouri Department of Conservation, the first photo is an authentic image.

This is Peanut the turtle—Peanut the red-eared slider, to be exact. She was found in 1993 in Missouri and taken to a zoo in St. Louis where the six-pack ring was removed.

Today she is in the care of the Missouri Department of Conservation, and is doing well.

Not the answer you're looking for? Browse other questions tagged zoology pollution .

14
Are bagged turtles and goldfish sold as keychains in China?
2
Have few, if any, studies on the health effects of particulate air pollution measured the actual exposure to particulates?