Has the US already taken in 25% of Mexicos population as immigrants? [closed]

America has already taken in one-fourth of Mexico's entire population.

In 2013, data suggests that the Mexican population is estimated at 122.3 million mexicans. 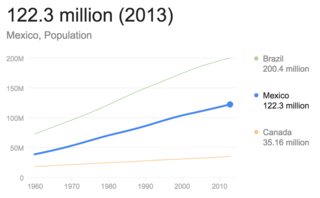 So, the claim is that there are 30m mexican immigrants in the States. Is it true? 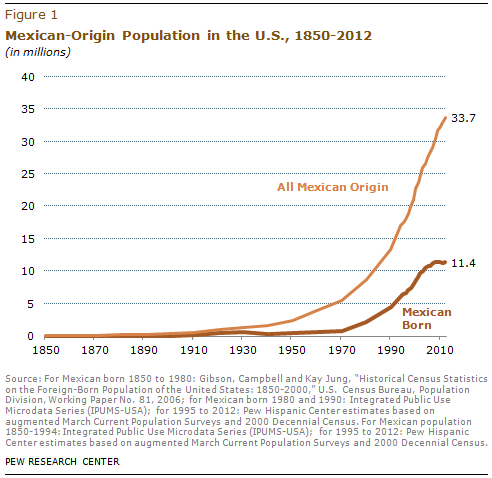 You should note here based on the definition of immigrants; 22.3 million people who are born in the U.S. from a Mexican origin are not immigrants.

The would mean there 33.7 million Hispanics of Mexican origin in the US but only 11.4 million are considered immigrants (born in Mexico).

Not the answer you're looking for? Browse other questions tagged united-states immigration mexico .

6
Are there 30 million non-legal immigrants in the United States?

22
Has Obama or any other US President authorized the assassination of US citizens?
6
Are there 30 million non-legal immigrants in the United States?
31
Is one guilty until proven innocent in the Mexican legal system?
19
Did 9% of the US population decide our presidential nominees are going to be Clinton and Trump?
59
Do 40% of U.S. Americans think that global warming is unproblematic since Christ will return soon?
13
Have ATMs across the US “spat out money” in the second half of January 2018?
6
Do illegal immigrants commit more murders than mass shooters?
15
Is the rate of food poisoning in the USA much worse than the rate in the UK?