Are there high levels of dioxin in Vietnamese coffee?

First heard this claim on TV (yeah, I know, right).

Here's a follow-up I came across online:

I was sent an interesting article the other day that claimed that there was still a substantial amount of dioxin in the Vietnam soils where the new coffee agriculture has spawned. Do any of you think that soil residues make it into the beans and through pyrolysis? I would imagine there is still a great deal of Agent Orange/dioxin residue in Vietnam. D. O'Keefe

There's a lot of banter on the google groups page, linked above, but not a lot with any sort of substantial information.

No, there isn't a high level of dioxin in Vietnamese coffee, because dioxin does not accumulate sighificantly in plants. See INTAKE OF DIOXINS AND RELATED COMPOUNDS FROM FOOD IN THE U.S. POPULATION, which shows dramaticly lower levels of dioxin in plant-derived foods compare to meat (including fish), eggs and milk.

PCDDs and PCDFs previously have been detected primarily in lipids of animal origin, and are usually below detection limits in vegetables and fruits

So, while there is some overlap between the coffee growing regions, and the war-time herbicide spraying, as can be seen below, it is unreasonable to expect high levels of dioxin in plant material. The main concern in the food supply in Vietnam is free range chicken meat and eggs, ducks, freshwater fish, snail and beef. See Environmental health risk assessment of dioxin in foods at the two most severe dioxin hot spots in Vietnam 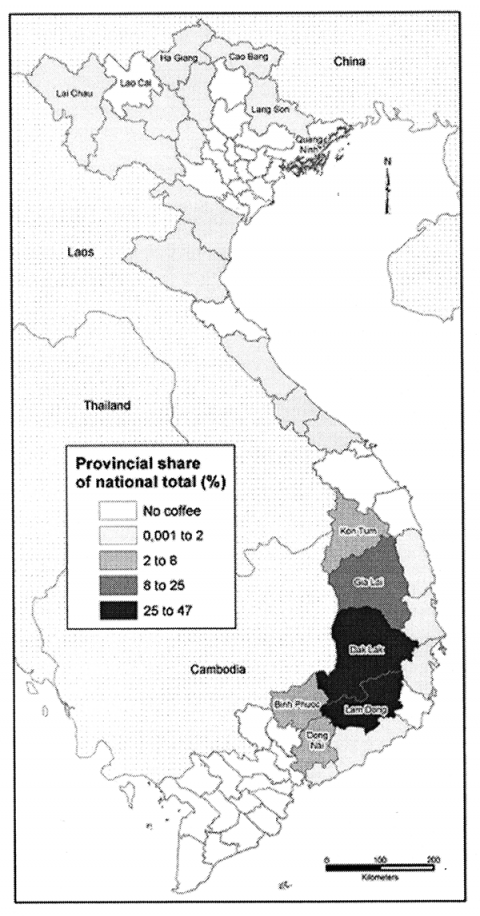 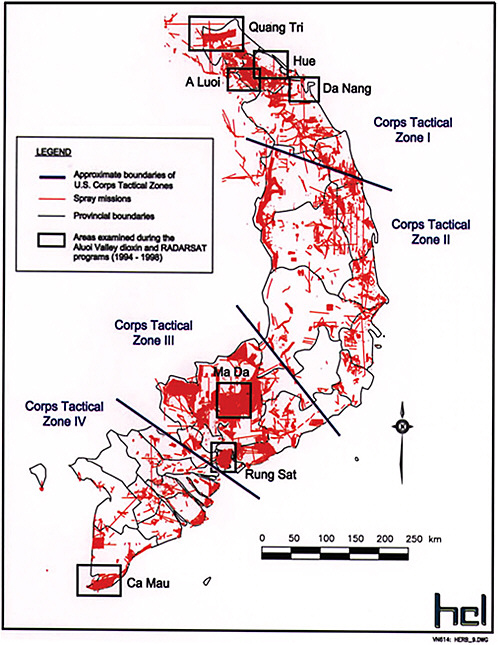 Anthony Wild states in The bitter cost of one nation's coffee boom as well as in his book Coffee: A Dark History

Indeed paranoia seems to be the order of the day, for information on the subject is very hard to gather. This is curious, because all the evidence would suggest that, since dioxin is not water soluble, it cannot be taken up by plants, including coffee. Nonetheless, the coffee trade is very nervous about the subject. The PEC group of coffee scientists looked at the issue in 2002 and reported that no problems had been found. Or rather, they are rumoured to have reported this conclusion, because "once it was established that there was no cause for concern, they didn't go public". The report was, in effect, unreported. This guardedness may be in turn a result of the persistent scaremongering in the US, where apparently - according to the National Coffee Association of America - a group of people have, for unknown reasons, been regularly feeding the dioxin in coffee story to the press. At one stage they even managed to start an entirely false rumour that the FDA had placed an embargo on Vietnamese coffee.

Not the answer you're looking for? Browse other questions tagged coffee vietnam-war .

6
Is there a correlation between coffee (or caffeine) and auditory hallucinations?
22
Is drinking reheated coffee dangerous?
20
Does burr-ground coffee taste different than blade-ground coffee?
7
Are fungal toxins prevalent in brewed coffee?
12
Is coffee anti-cancerous?
4
Does chewing coffee grounds or beans give you more caffeine than drinking coffee?
6
Do plastic single-serve brewed coffee packages leach toxic chemicals?
1
Is the Specialty Coffee Association of America standard temperature for serving coffee 71-85°C?
86
Was there a diorama at the Chicago Museum of Science where children could play shooting at a Vietnamese village?