Are Earthquakes on the rise?

This came across my social media feed: 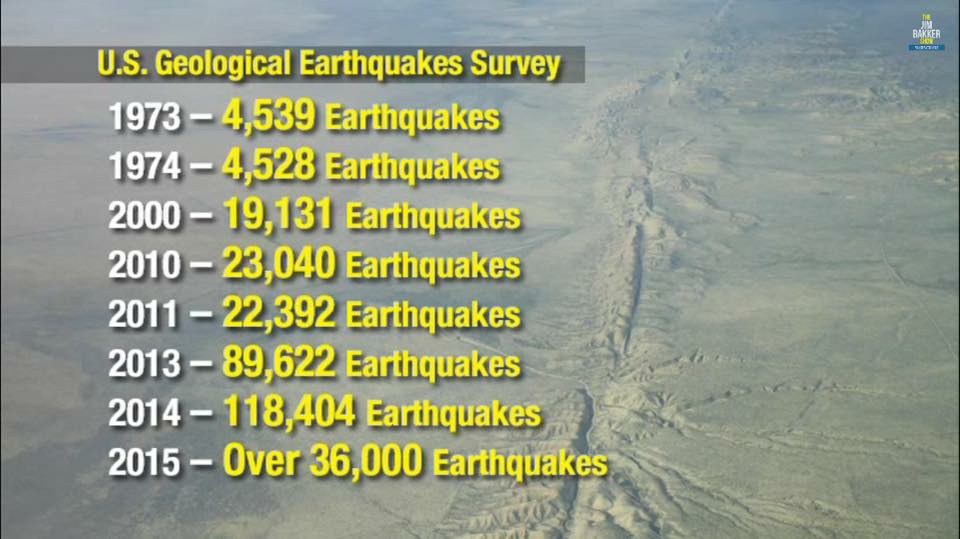 One pastor gave this some context:

Earthquakes on the rise, USGS stats confirm. Jesus predicted 2000 yrs ago, "And GREAT EARTHquakes shall be in divers places, and famines, and pestilences; and FEARFUL sights and great signs shall there be from HEAVEN." (Luke 21:11) Christians, signs BELOW being fulfilled...now watch for signs from ABOVE!

The data seems to be a little selective, and I assume earthquake detection instruments have increased in both number and sensitivity since 1973.

Are earthquakes numbers increasing significantly and consistently since 1973?

The title of this 2011 paper pretty much answers the question by itself: Global risk of big earthquakes has not recently increased.

They noted that there had been an increase in large earthquakes in 2004-2011, and some other apparent clustering, and looked back over the data since 1900 to see if there was sufficient statistical evidence to suggest that large earthquakes were occurring more frequently, or whether it could just be explained by chance.

While this focussed on large (Magnitude 7 and above) earthquakes, rather than all measured earthquakes, like the source infographic did, I think this is appropriate because (a) it lowers any effect caused by sampling error reduced as more numerous and more sensitive equipment is produced and (b) magnitude 1 and 2 tremors aren't what people are thinking when they hear the word 'earthquake'.

I cannot confirm the numbers in the original image, although some of the recent numbers appear to be roughly consistent with USGS numbers.

For example, this USGS site shows that the rate of earthquakes from much of the US was roughly constant until the year 2000, but has been rapidly increasing since then. 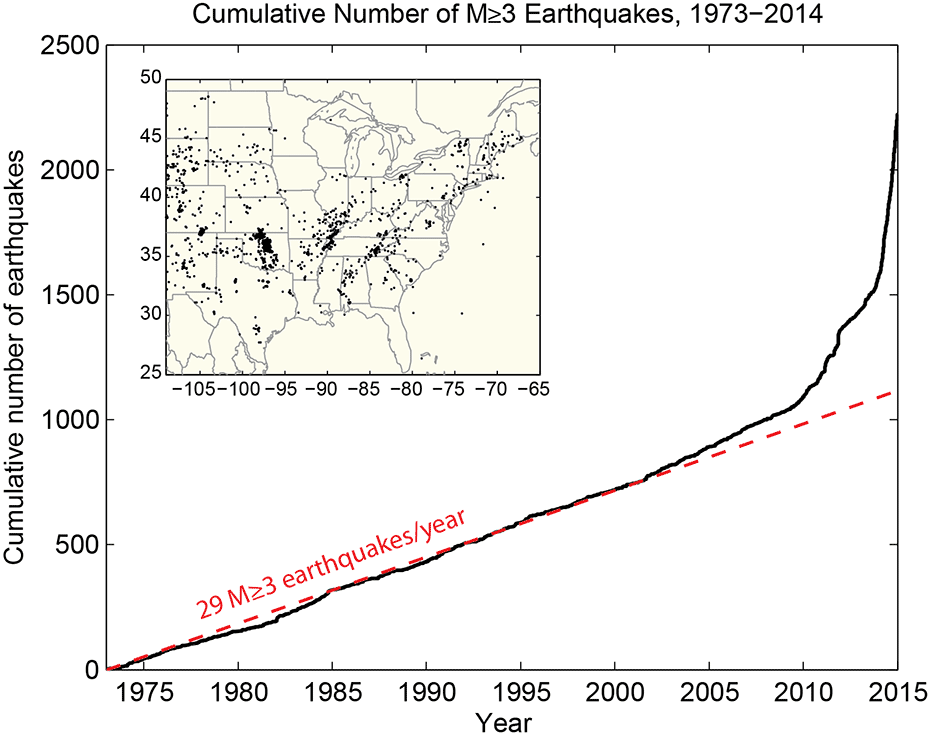 This study from Oklahoma, a hotbed of fracking, concludes:

I'm not exactly clear on how these large, local increases in earthquakes would change the global number of earthquakes, but it should make the original claim plausible.