Did Martin Luther King, Jr. say that "I will not rejoice in the death of one, not even an enemy"?

I mourn the loss of thousands of precious lives, but I will not rejoice in the death of one, not even an enemy

@pennjillette I am the original author of the "MLK" quote. Somewhere my words got mixed with his. The post: http://i.imgur.com/cqtjw.jpg

Dovey said "I mourn the loss of thousands of precious lives, but I will not rejoice in the death of one, not even an enemy", and then quoted Martin Luther King Jr.: 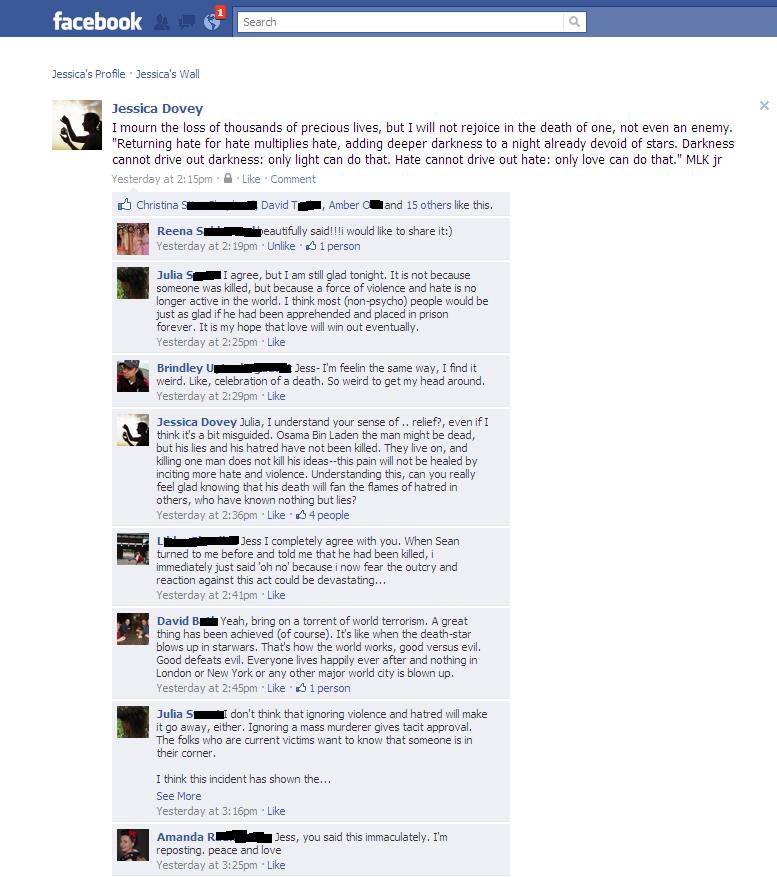 "There is within us a moral instinct which forbids us to rejoice at the death of even an enemy."

So, if Martin Luther King, Jr. did say it, he was likely paraphrasing Sienkiewicz (whether knowingly or unknowingly).

"The meaning of this story is not found in the drowning of the Egyptian soldiers, for no one should rejoice at the death or defeat of a human being. Rather, this story symbolizes the death of evil and of inhuman oppression and unjust exploitation." Martin Luther King Jr, Strength to Love, page 79

[17] Do not gloat when your enemy falls; when they stumble, do not let your heart rejoice, [18] or the Lord will see and disapprove and turn his wrath away from them.

This is similar to the attributed quotation. As a Protestant minister who championed a cause that placed himself and those around him in mortal danger, it is quite plausible that MLK saw fit to paraphrase and discuss this proverb and its application to life from time to time.

Similarly, the quotation "Darkness cannot drive out darkness" from the accepted answer can be considered a paraphrase of the Gospel of Mark, chapter 3:

This pattern would also explain why other speakers and authors have similar quotations; perhaps they are paraphrasing the same passages, or even giving second-degree or third-degree attributions. (Some people attribute the "house divided against itself" proverb to Abraham Lincoln, for example.)

Not the answer you're looking for? Browse other questions tagged united-states quotes martin-luther-king .

13
Was Martin Luther King taped by the FBI while committing adultery?
6
Following the attacks on Benghazi, did "thousands" of Libyan people show their support for Chris Stevens?
59
Did Martin Schulz say that it is not the EU philosophy that the crowd can decide its fate?
21
Did Fidel Castro ever say "I will not die until America is destroyed"
2
Which Martin Luther said "Even if I knew that tomorrow the world would go to pieces, I would still plant my apple tree."
12
Is the EPA's regulation of particulate matter justified with evidence?
17
Did Martin Luther King Jr. say "Do you know that Negroes are 10 percent of the population of St. Louis and are responsible for 58% of its crimes?"
58
Did the FBI write a letter to Martin Luther King Jr, blackmailing him to take his own life?