Are these pictures of the recent terrorist attack in Kenya (NSFW)?

There is a post going around facebook about the recent terrorist attack in Kenya with the following pictures (spoiler'ed for queezy stomachs): 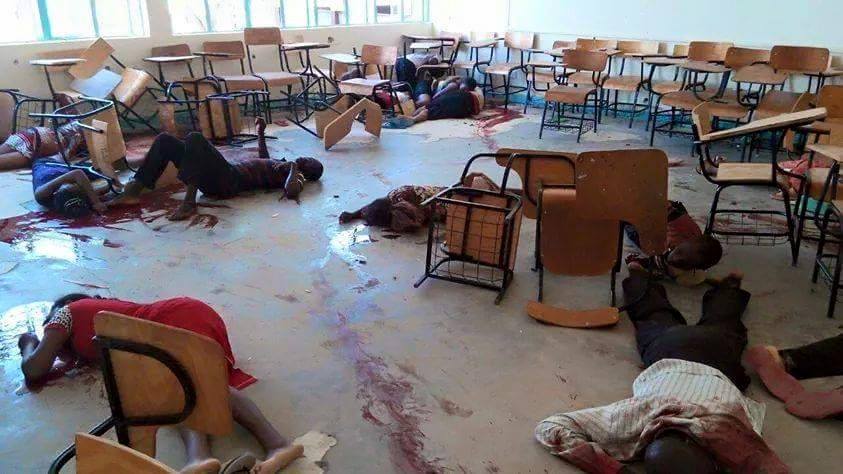 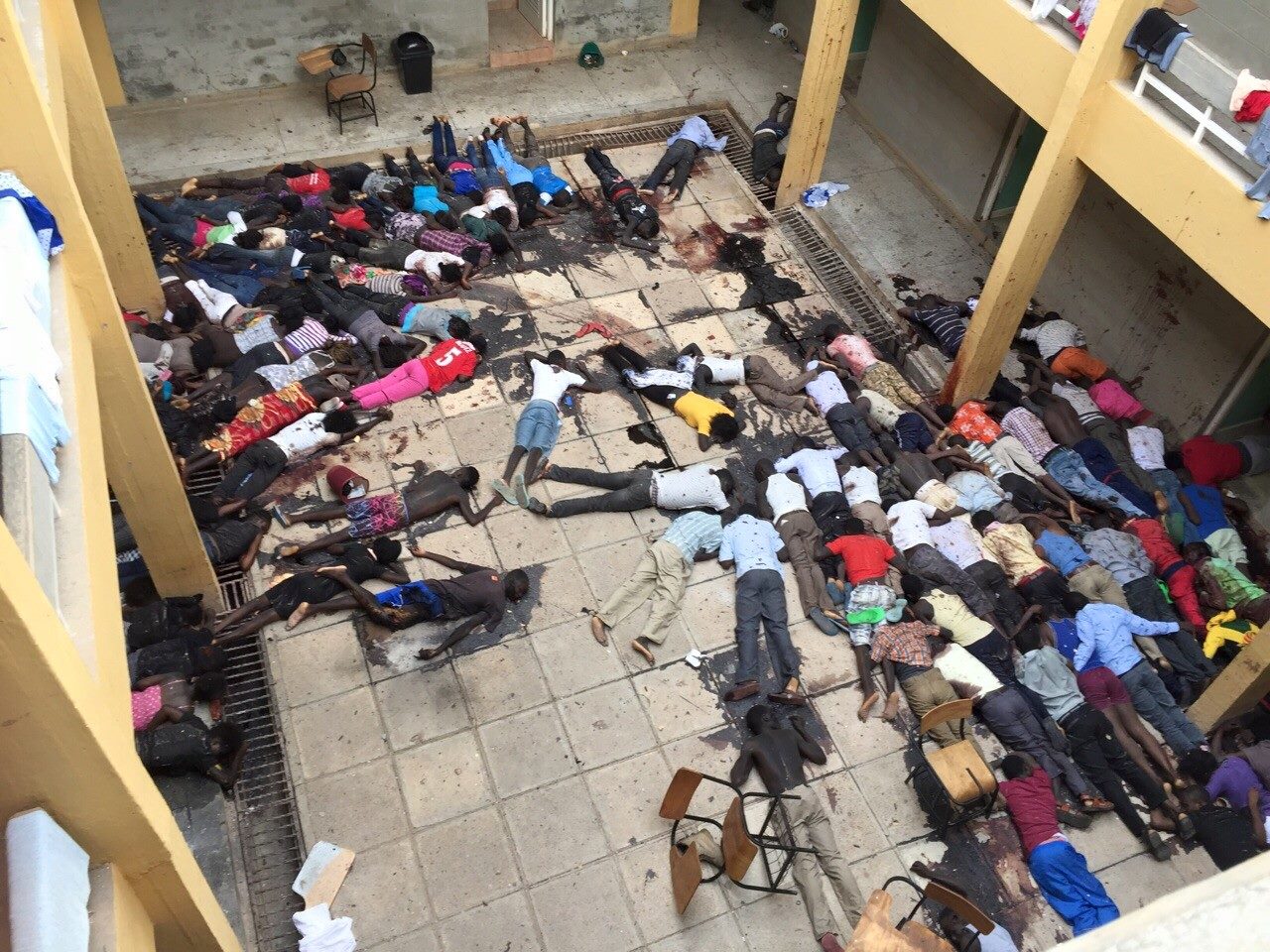 And the following description:

A vicious murderous massacre of university students took place in Kenya in Africa a few days ago by Islamic terrorist group Al-Shabab with over 147 dead.

But unlike the Je Suis Hebdo massacre in France when the WORLD STOPPED the WORLD is happily enjoying their Easter festivities with NO MARCH BY WORLD LEADERS in Narobi or Garissa.

And our own African Union, African leaders and Religious Leaders especially within the Moslem community are as silent as DEATH.

Are these really pictures from that attack? The second one in particular looks very unnatural - everyone is face-down, packed together tight, almost no blood, no apparent physical injuries, etc.

I tried googling the images, but most of the results seem to be non-credible news sources (though most are in foreign languages, so it's hard for me to tell).

In this BBC article today, Kenya student killings: BBC gains access to Garissa dormitories, the poster image for the video appears to be a picture of the same room/location as the second photograph shown above. 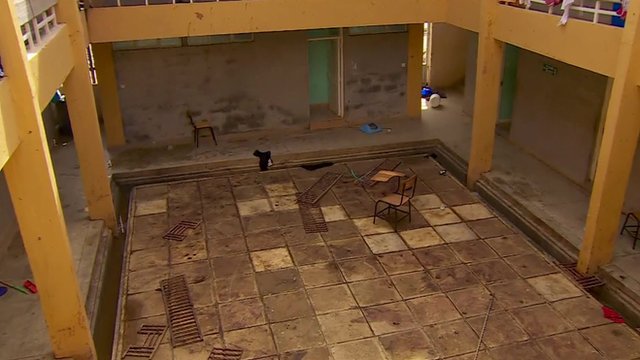 That implies that at least the second photograph in the OP are "really pictures from that attack".

The source of the images appears to be a Facebook post by Nana Yaw Buobu (who appears to be Ghanaian). The photos have been credited to him by two large media outlets. One is Brazil's Globo (a part of Grupo Globo) and the other is India's Indiatimes (a part of Times Internet). An excerpt from the machine-translation of the Globo piece reads:

Also generated reviews two photos posted on Facebook that show stacked bodies in what would be the will of the university after the attack. Nana Yaw Buobu, who posted the image, said in a recent post on your profile that was criticized for disseminating the image, but that reproduction has made ​​people around the world returned his eyes to the atrocity.

Not the answer you're looking for? Browse other questions tagged terrorism africa .

28
Is the number of Muslims correlated with terrorist attacks?
56
Did Hillary Clinton refuse to designate Boko Haram a terrorist organisation when the FBI, CIA and the Justice Department asked?
16
Are Muslims 25 times more likely to commit terrorist attacks within the United States than non-Muslims?
99
Are Americans more likely to be killed by vending machines than terrorist refugees?
57
Are right-wing extremists a bigger terrorist threat than islamic extremists in the USA?
7
Are high temperatures the cause of nudity being not unusual amongst the Daasanach?
14
Are these women “for sale in the market in Libya”?