history united-states racism
Share
Improve this question
edited May 2, 2018 at 8:49 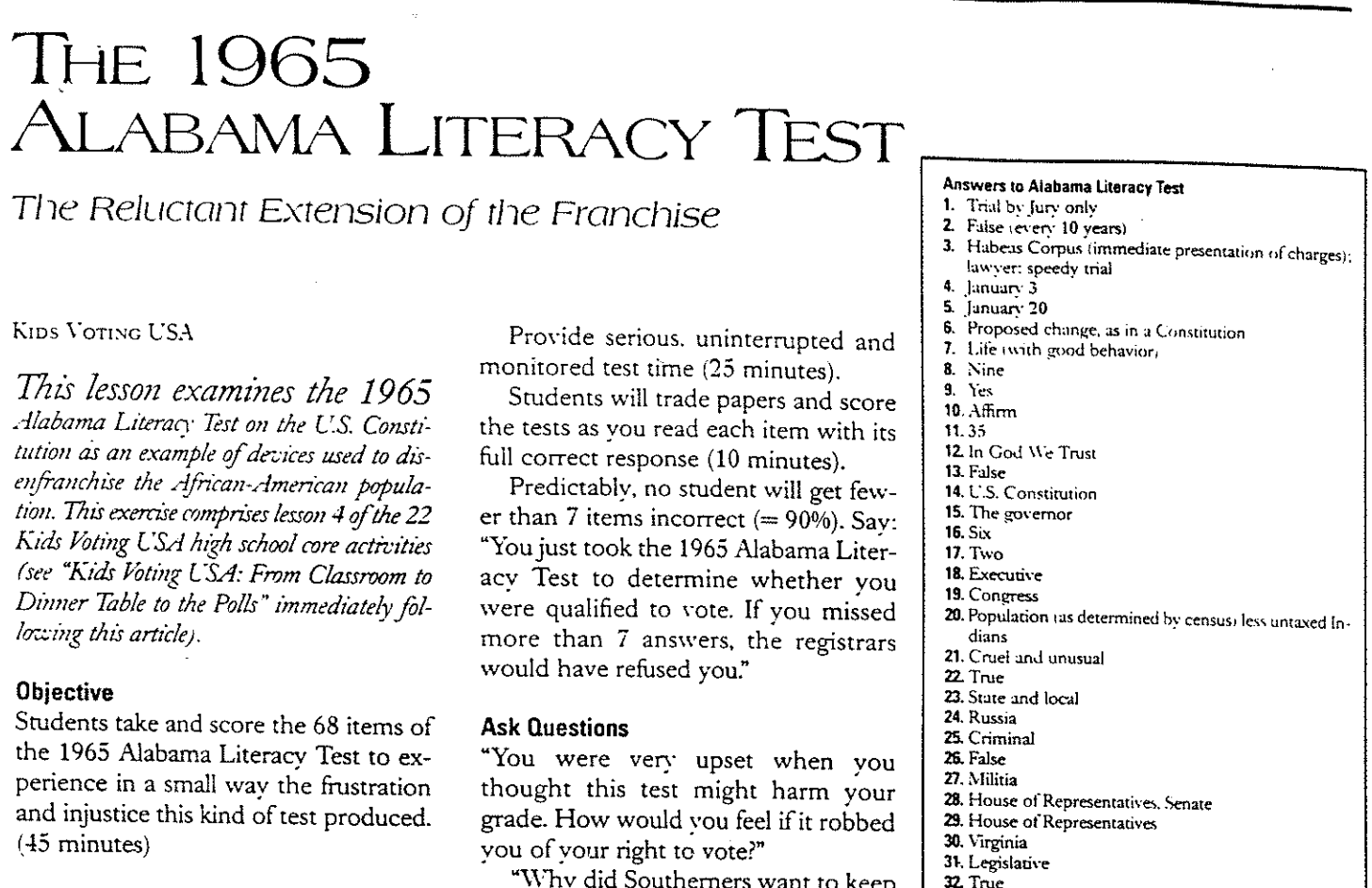 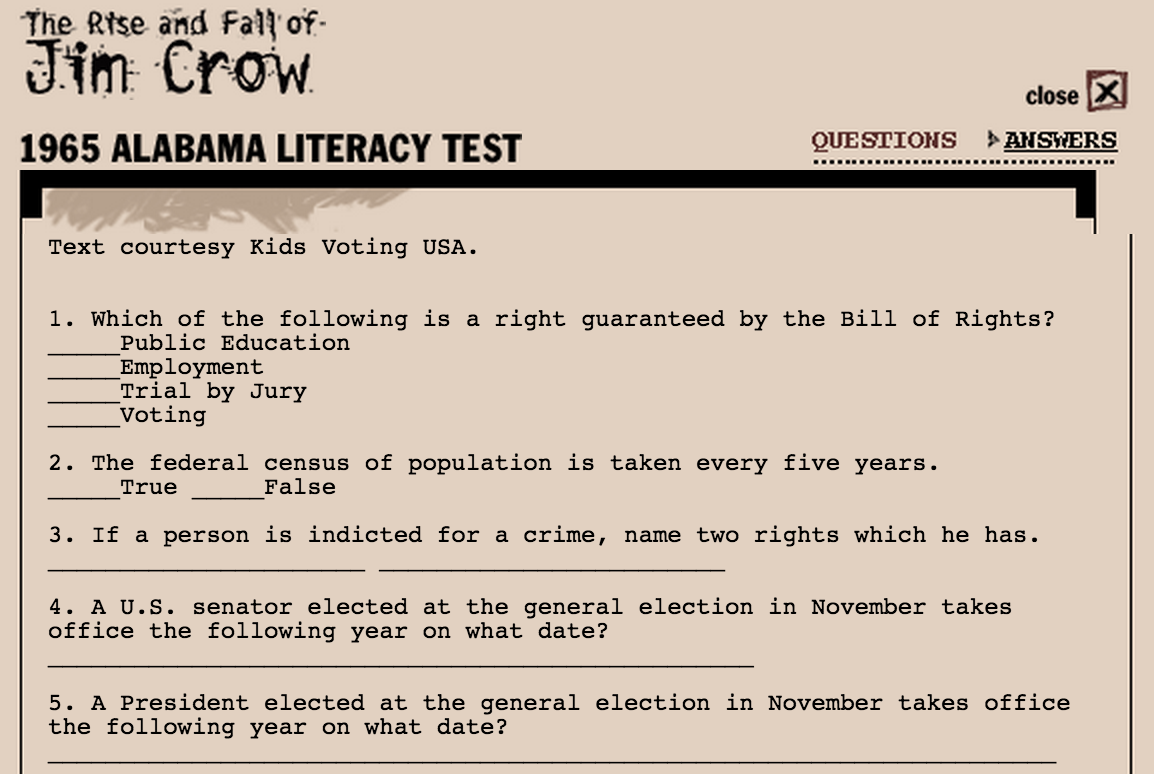 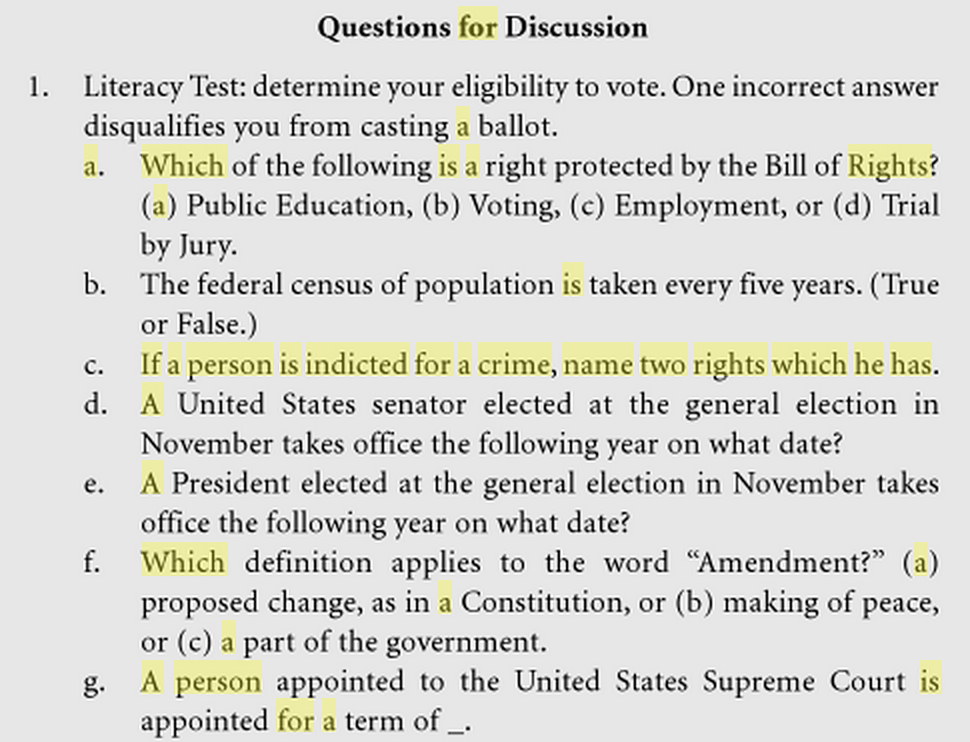 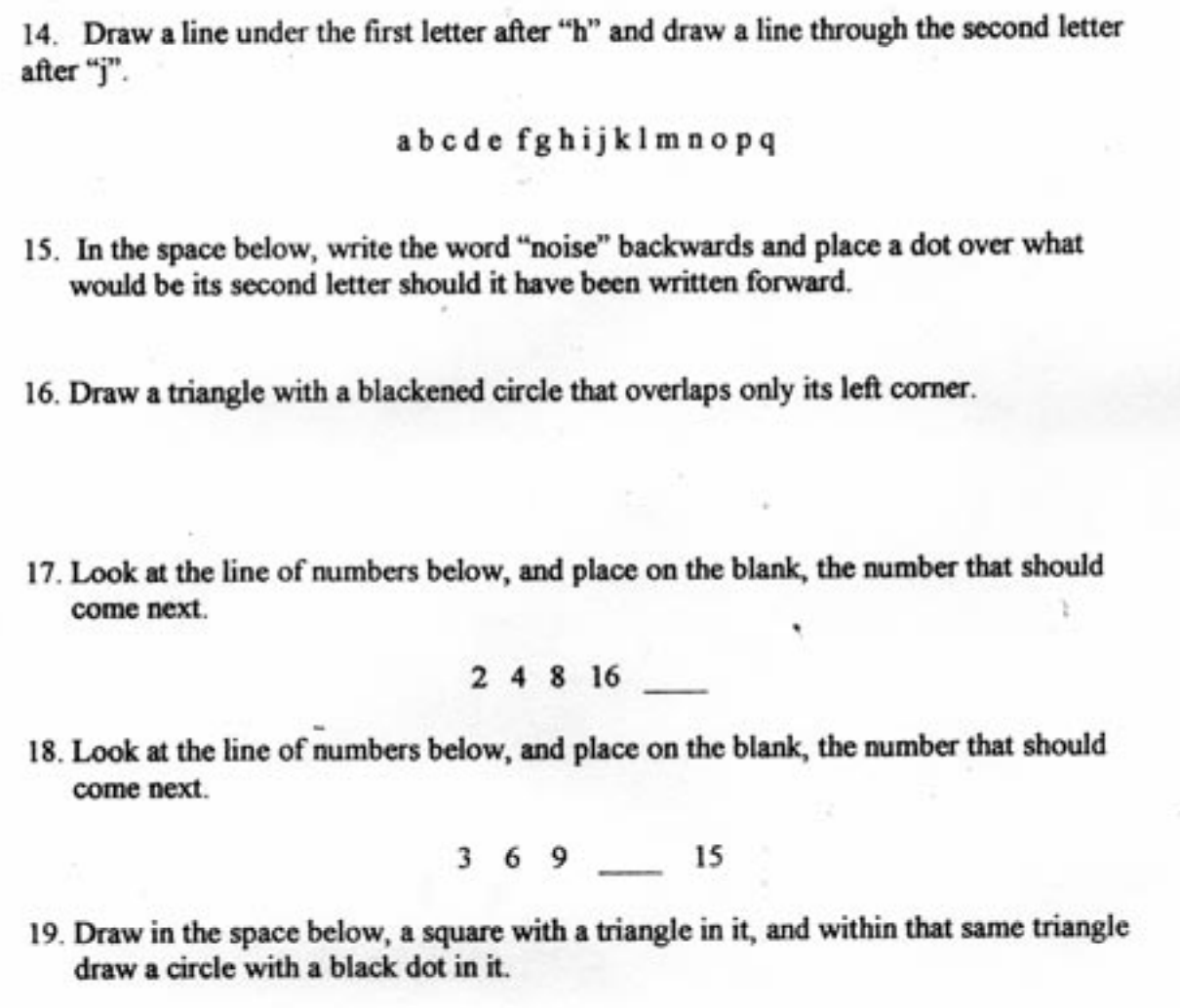 It is partially genuine.

In an actual Alabama voter registration application, there were 2 sets of four questions. The first set of four (technically Part III, instruction B) had to be answered from the person's own knowledge. In the second part (Part III, instruction C) four excerpts from the constitution were printed, and then four related questions would be asked.

The excerpts and corresponding questions were created by the Alabama Supreme Court. The court created 100 sets of 8 questions, referred to as "inserts", so that people wouldn't know ahead of time what questions would be asked. See Hearings of the Senate Subcommittee on Improvements in Judicial Machinery October 13, 1965, Part I starting at page 750 and in much more detail with all 100 versions of the test see the complaint in US v. Baggett.

On August 26, 1964, the Supreme Court of Alabama ordered the county boards of registrars throughout Alabama to use a revised form of Insert Part III. According to this order, this revision was necessary because of the passage of the Civil Rights Act of 1964. The revised Insert Part III contains different tests from those which had previously been used. These tests consist of eight questions; four testing the applicant's knowledge of government; four testing the applicant's comprehension and reasoning ability based on printed excerpts from the United States Constitution; and a dictation test administered by the registrar from one or more of the excerpts of the United States Constitution. There are 100 different forms of these tests. A total of 399 different questions on government and 139 different excerpts from substantially all of the Constitution are used in making up these tests. A copy of the 100 different forms of these tests is attached as Attachment D and is incorporated herein.

The 68 question test was arranged in 1965, drawing from the 399 real Alabama Supreme Court questions, and published in the newsletter The Dixon Line and elsewhere, so it has been circulating in a form without the excerpts and with 68 rather than just 2 sets of 4 questions since 1965.

See also the 1982 Southern Exposure where a professor explains:

Recently I gave seven students a compilation of 68 questions from the Alabama 1964 - 1965 voter registration tests . The actual examinations had only four factual knowledge and four constitutional interpretation questions apiece - but I frankly wanted to overwhelm my students.

In Alabama's tests- used since August 1964, answers to four of the eight questions are in printed material on the test sheet

So for this part of the test, first you would read excerpts:

11
Is this picture of Trump making people swear to vote for him genuine?
16
Is this "whites killed by whites" diagram wrong?
8
Is this Buddha portrait genuine?
2
Is this picture of a man in Colorado Springs nearly being blown away, genuine, or a hoax?
8
Is "the funniest interview you will ever see" genuine?
24
Did Antifa distribute this pamphlet?
25
Is the Implicit Association Test effective at determining an individual's biases?
49
Did the Smithsonian publish this infographic about 'whiteness'?
48
Did a US school test ask this question about norms in Chinese culture?