Did Canada go from 2.5 million protected lakes and rivers, to just 159?

This claim, apparently originating with the Canadian New Democratic Party, states that under the Harper government, the number of protected lakes and rivers has dropped dramatically: 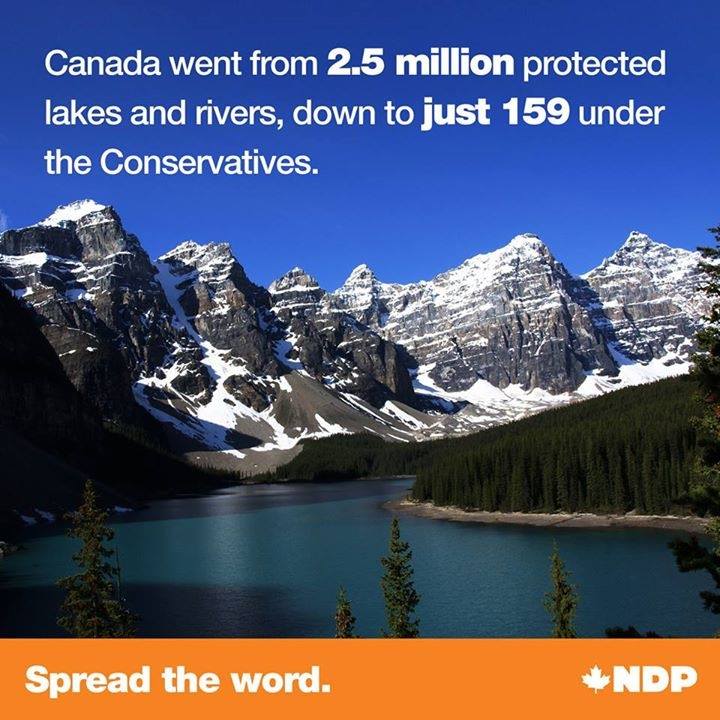 On Facebook this image has received 1924 likes, 43030 shares, and many comments. The text on the image is:

Canada went from 2.5 million protected lakes and rivers, down to just 159 under the Conservatives.

A caption along with the image reads:

Is this claim correct? Is there any reasonable interpretation of the legislative changes made by the Canadian Conservative government, through which these numbers are accurate?

The figures are correct. However, the definition of "protected" in the claim is very specific.

The Harper Government decided to remove protection of navigation for all bodies of water in Canada. These bodies were formerly protected by the 1882 Navigable Water Protection Act.

The original Navigable Waters Protection Act protected the lakes from any construction that might interfered with navigation of any body of water in Canada. This included dams, bridges and other blockages to transportation popping up without the government’s approval. Now, such government approval is not needed.

The new industry-friendly Navigable Protection Act was launched in 2012 and eliminated these protections for the vast majority of water bodies in Canada.

The government presented and explained the new 2012 Jobs and Growth Act in this 457 page PDF document, showing 97 lakes, 62 rivers and 3 oceans that will be protected.

This excerpt below includes a sample of the protected lakes/rivers (out of the 97+62 total). 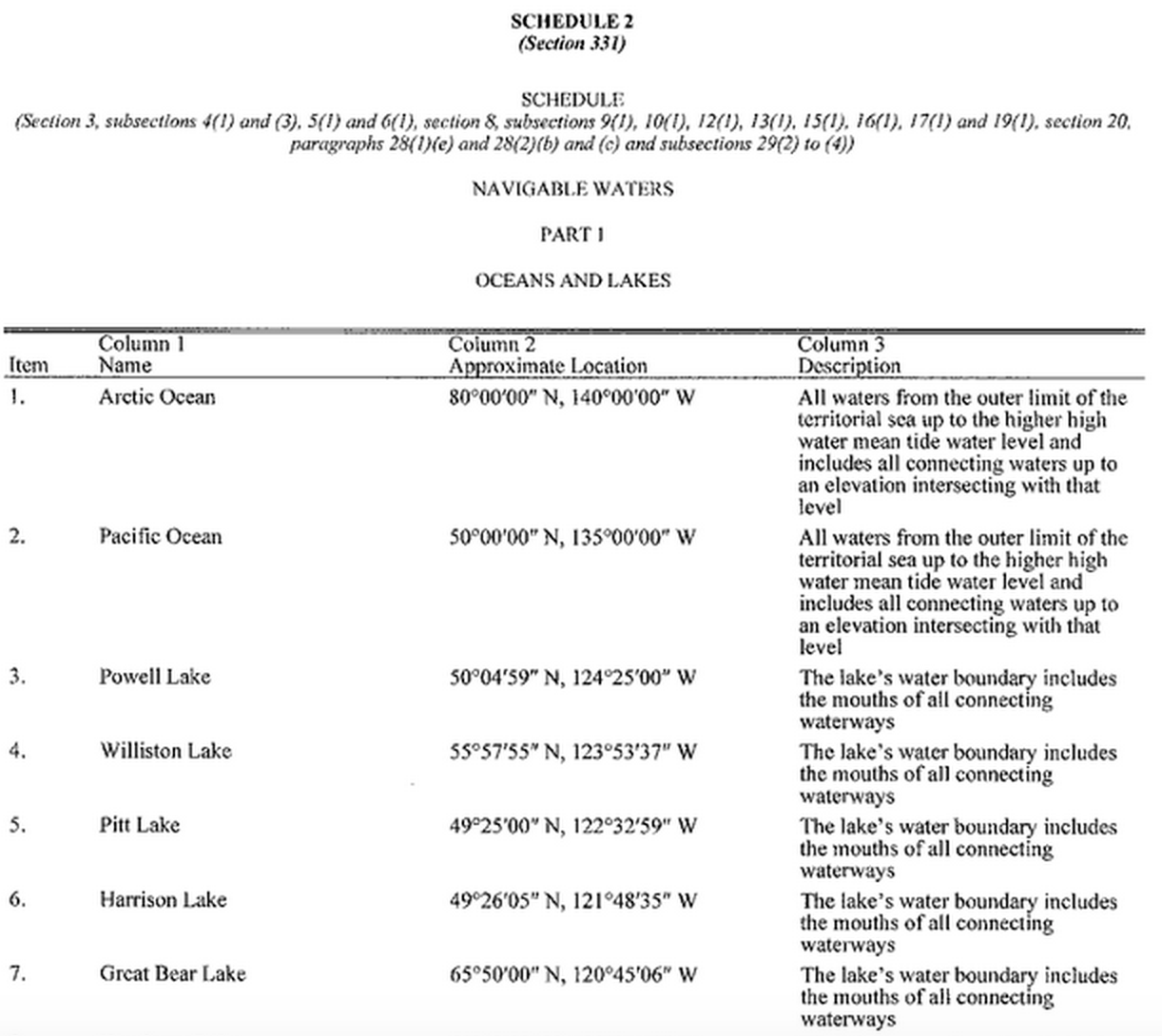 By comparison, Canada is estimated to contain nearly 32,000 major lakes and more than 2.25 million rivers: The NPA would exclude 99.7 per cent of Canada’s lakes and more than 99.9 per cent of Canada’s rivers from federal oversight. Notably absent from the proposed schedule are significant rivers in British Columbia, such as the Kitimat and Upper Fraser Rivers, which lie along the path of the proposed Northern Gateway pipeline.

Also, Nathan Cullen, NDP House Leader and MP for Skeena Bulkley Valley, criticized the new Navigational Protect Acted, a labelled it as a top issue of the 2012 in his year-end conference saying (97+62=159):

It means the removal of almost every lake and river we know from the Navigable Waters Protection Act. From one day to the next we went from 2.5 million protected lakes and rivers in Canada to 159 lakes and rivers protected. The Skeena is one of the few that was saved but none of its tributaries. You name the river, you name the lake and it is no longer protected by this act, and this has nothing to do with the budget that the government rammed through, it has everything to do with pipelines, because you are able to now are able to ruin navigation and not trigger an environmental assessment.

Number of Canadian Lakes and Rivers

As for the number of rivers, there are plenty that they couldn't fit into one Wikipedia page, so they were split by province.

In 1948, Alexander De Buford attempted to travel as many Canadian waterways as possible. He travelled 250,000 rivers and thousands of lakes. After Buford's death the count of rivers in Canada is still unknown but is now estimated to be over 2.25 million.

All the lakes and rivers will be protected by those acts: the Canadian Environmental Protection Act, the Species at Risk Act, and the Fisheries Act but not by 1882 old Navigable Water Protection Act which required approval for any works that may affect navigation on navigable waters in Canada (with the exception of 159 lakes/rivers and 3 oceans).

Not the answer you're looking for? Browse other questions tagged politics environment canada .

17
Did Texas ban tampons and diabetes supplies from the Senate Chamber while allowing guns?
5
Did Nobel Peace Prize winner, Martti Ahtisaari, threaten to bomb Belgrade and kill half a million people?
7
Did Obama give $195 million to Syria for the Muslim holiday Eid al-Ftr?
15
Was the Emancipation Proclamation an Executive Order that bypassed Congress and freed 3 million slaves?
1
Are Dr. Zakir Naik's speeches banned in the UK, Canada, and Malaysia?
7
Did the Canadian government look through a catalogue of guns and ban the scary looking ones?
11
Did over half of the women who had abortions in Canada do so because they were pressured to?
39
Did Canada “mandate the content of voluntary speech”?