Like a number of other countries, Pakistan is no longer allowing the usage of unregistered SIM cards for mobile telephony:

The reasoning is that this measure is supposed to lead to a decrease in terrorist activity.

Is there evidence for or against this claim?

GSM Association in 2013 has published white paper, which strongly suggests that there is no evidence proving any reduction in crime or terrorism. 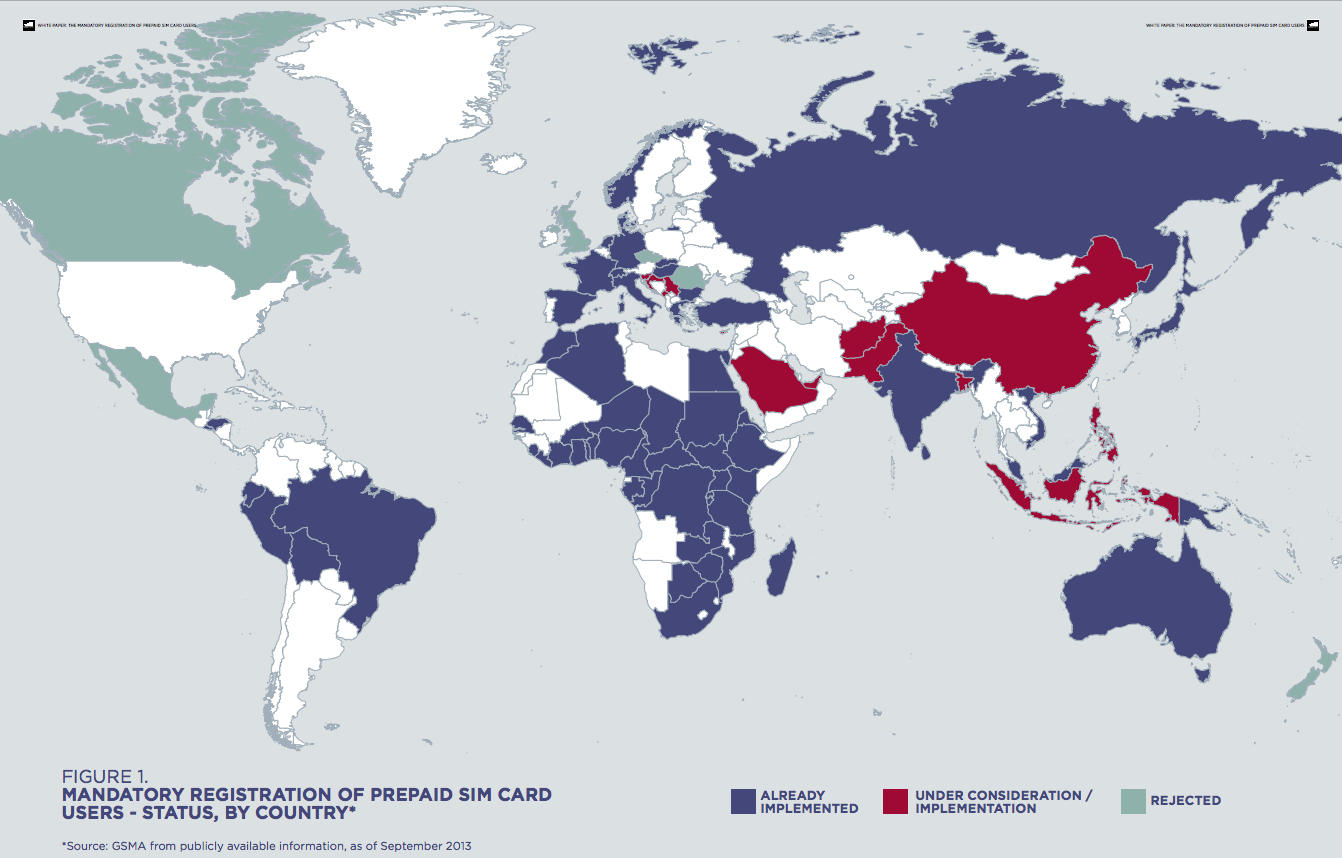 An increasing number of governments have recently introduced mandatory registration of prepaid SIM card users, primarily as a tool to counter terrorism and support law enforcement efforts. However, to date there is no evidence that mandatory registration leads to a reduction in crime. A number of other governments, including those of the United Kingdom, the Czech Republic, Romania and New Zealand, have considered mandating prepaid SIM registration but concluded against it. While these governments’ detailed policy assessments have not been published, reports have highlighted the absence of evidence — in terms of providing significant benefits for criminal investigations — as a key reason for rejecting this policy. In Mexico, mandatory SIM registration was introduced in 2009 and repealed three years later after a policy assessment showed that it had not helped with the prevention, investigation and/or prosecution of associated crimes.

Chapter 3 of the aforementioned white paper:

While there is no doubt that criminals and terrorists use prepaid SIM cards to help stay anonymous and avoid easy detection, to date there has been no empirical evidence to indicate that:

In fact, a publicly available policy assessment report from Mexico showed that mandatory SIM registration—introduced there in 2009— had failed to help the prevention, investigation and/or prosecution of associated crimes. As a result, policymakers decided to repeal the regulation three years later (see case study 1).

The absence of a link between mandatory SIM registration and crime reduction suggests that criminals who are determined to remain anonymous will use other means to obtain active SIM cards or simply buy them from abroad and roam on their own countries’ networks. A number of governments, including in Canada, the Czech Republic, New Zealand, Romania and the United Kingdom have considered the merits of mandating prepaid SIM registration but subsequently concluded against introducing it. In the United Kingdom for example, this issue was considered in detail by an expert group of law enforcement representatives, security and intelligence agencies and communications service providers following the terrorist attack on London in July 2005. A confidential report by experts concluded that “the compulsory registration of ownership of mobile telephones would not deliver any significant new benefits to the investigatory process and would dilute the effectiveness of current self-registration schemes.”

In the European Union, some Member States have adopted measures requiring SIM card registration, and the European Commission (EC) invited all Member States in 2012 to provide evidence of the actual or potential benefit of such measures. Following examination of the responses, Cecilia Malmström, European Commissioner for Home affairs noted that: “At present there is no evidence, in terms of benefits for criminal investigation or the smooth functioning of the internal market, of any need for a common EU approach in this area.”

Case study of Mexico mentioned above:

In Mexico, mandatory SIM registration was introduced in 2009 but repealed three years later after a policy assessment showed that it had not helped the prevention, investigation and prosecution of associated crimes. The reasons cited by the senate for repealing the regulation included:

(ii) The appreciation that the policy was based on the misconception that criminals would use mobile SIM cards registered in their names or in the name of their accomplices. The report suggests that registering a phone not only fails to guarantee the accuracy of the user’s details but it could also lead to falsely accusing an innocent victim of identity theft;

(iii) The acknowledgement that mobile operators have thousands of distributors and agents that cannot always verify the accuracy of the information provided by users;

(iv) Lack of incentives for registered users to maintain the accuracy of their records when their details change, leading to outdated records;

(v) The likelihood that the policy incentivised criminal activity (mobile device theft, fraudulent registrations or criminals sourcing unregistered SIM cards from overseas to use in their target market); and

(vi) The risk that registered users’ personal information might be accessed and used improperly.

Not the answer you're looking for? Browse other questions tagged mobile-phones terrorism .

12
Can photography be used for terrorism, and can restricting it reduce terrorism?
3
Does Halal certification fund terrorism?
18
Does fully discharging a Lithium-based battery reduce its lifespan?