Did astronauts leave footprints on the moon?

Our Young-Earth Creationist physics teacher stated that he does not believe that man actually stepped on the moon. That topic has been well covered here.

One of his arguments, however, was that gravity on the moon was not strong enough for astronauts to leave their footprints there.

People have stepped on the Moon when they went there and left footprints, so we've plenty of photographic evidence of their footsteps on the Moon.

In fact, it turns out that people do leave footprint in dust, even if they weigh less, like a child leaves footprints on Earth while weighing as much as a man on the Moon.

Pictures taken from the Moon itself

The Wikipedia page on Buzz Aldrin has plenty of pictures of his footprints on the moon. 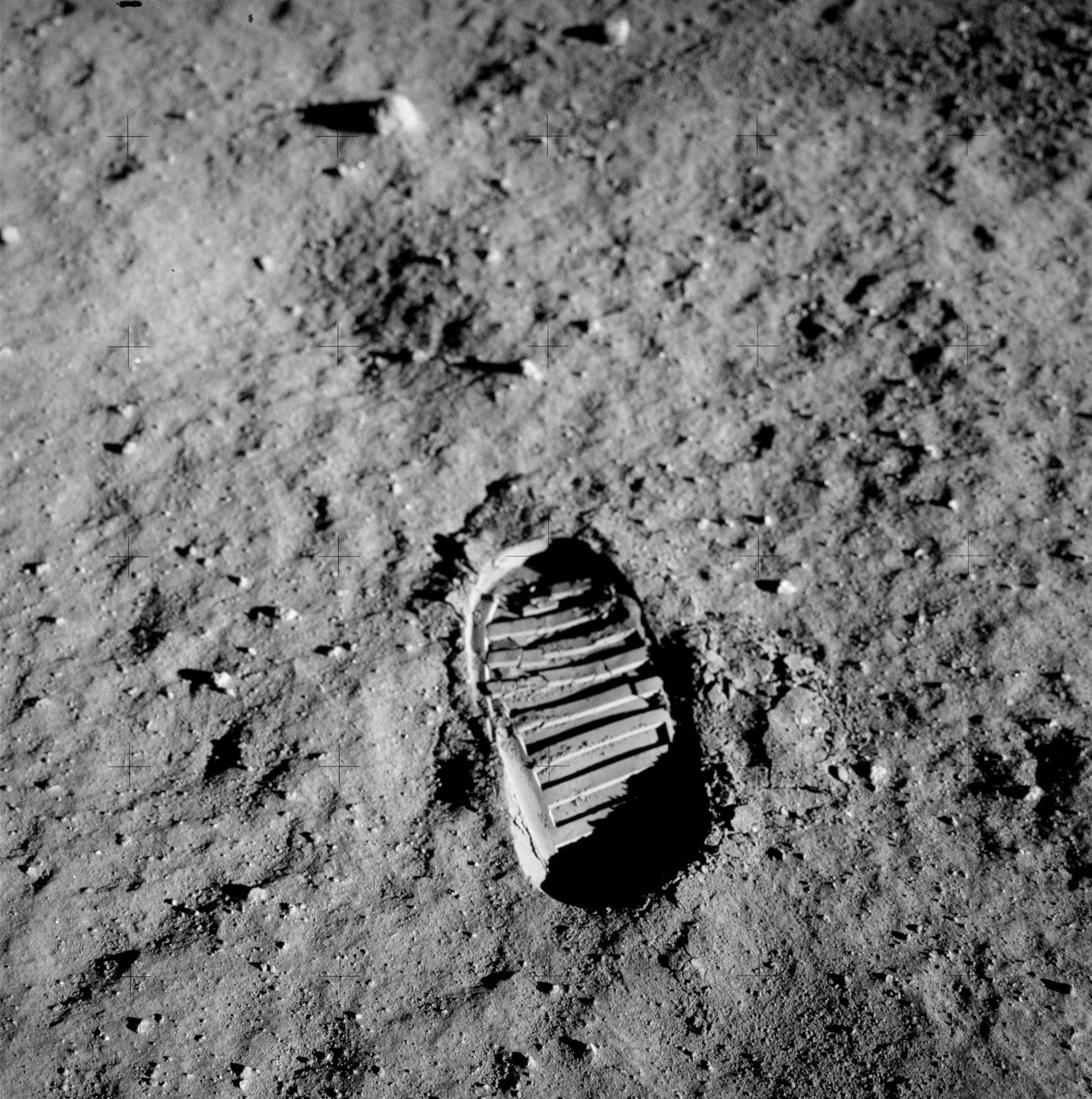 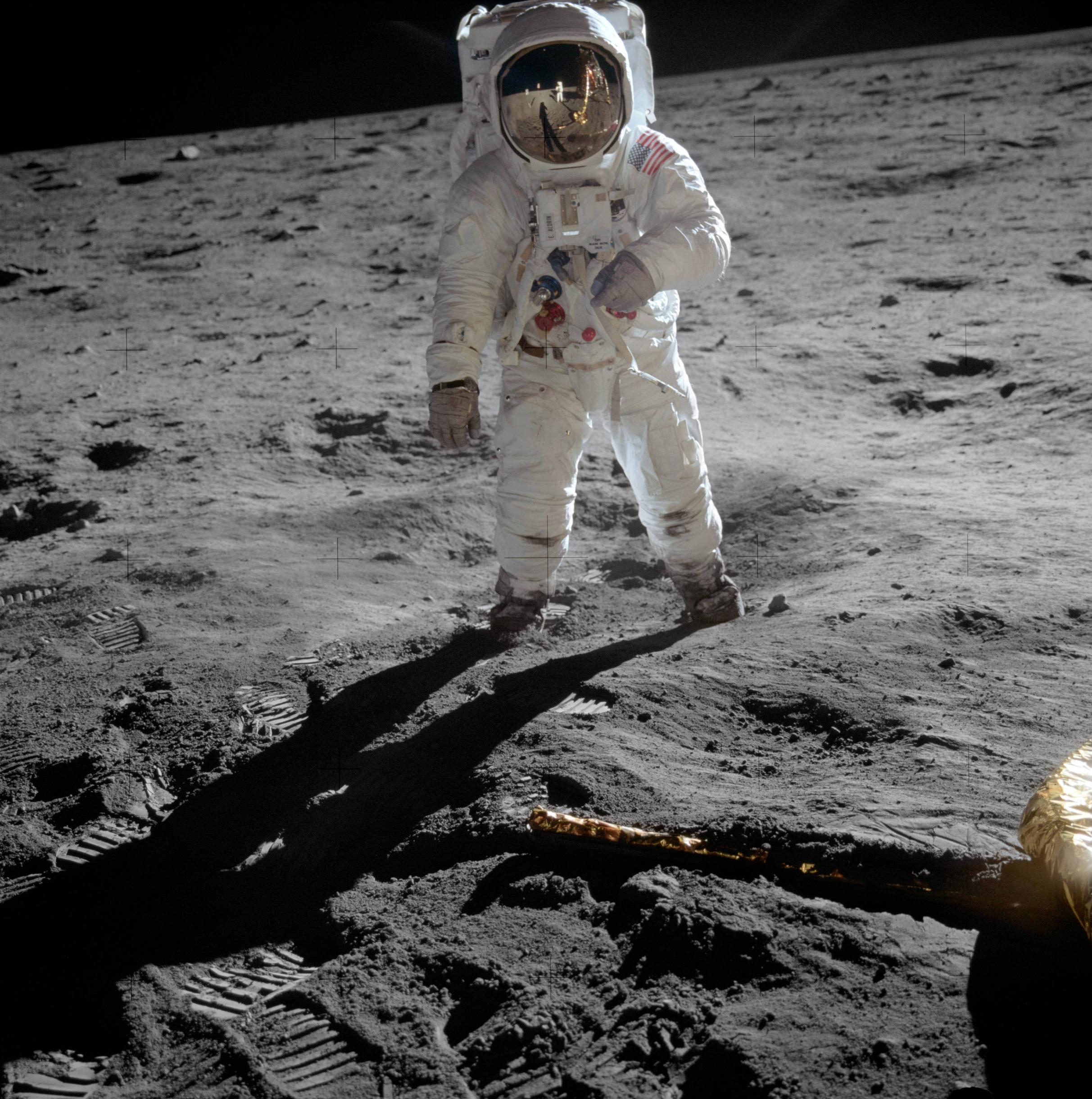 Aldrin walks on the surface of the Moon during Apollo 11

Pictures taken with a telescope

This pictures were taken by a satellite (LRO) with a telescope, from On the Moon, Flags & Footprints of Apollo Astronauts Won't Last Forever 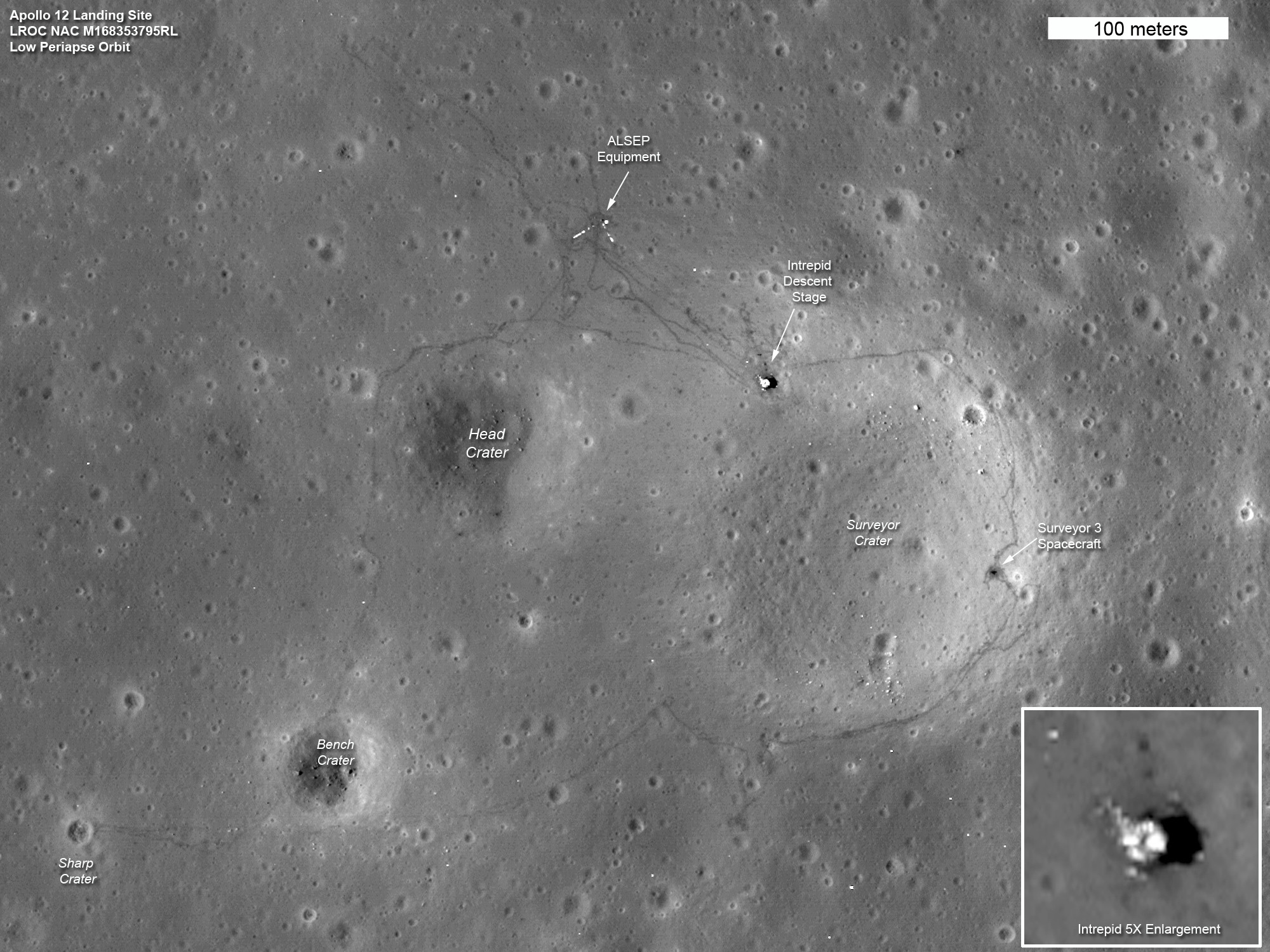 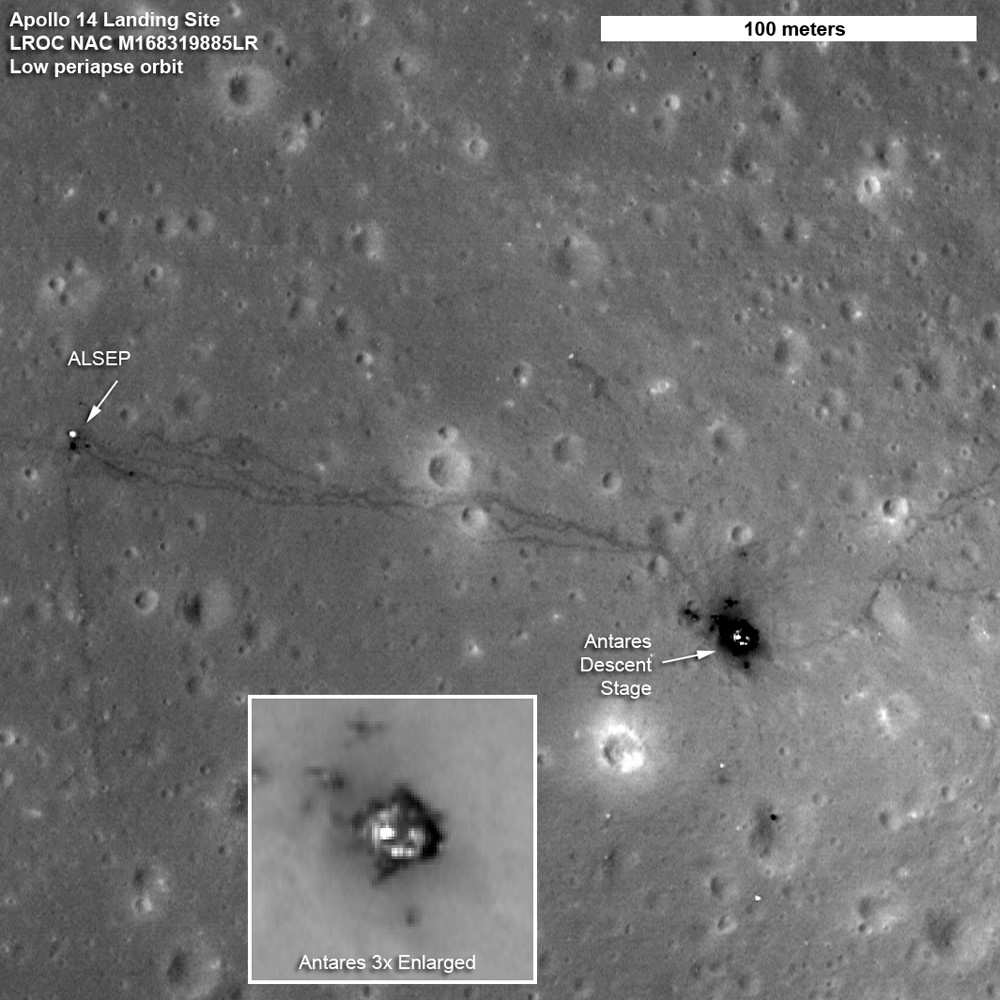 The following reasons have all been offered as proof that the Moon landings which began with Apollo 11's touchdown on July 20 1969 were faked.

5) The footprints in the fine lunar dust, with no moisture or atmosphere or strong gravity, are unexpectedly well preserved, as if made in wet sand.

The lack of wind on the moon means the footprints in fine, dry lunar dust aren’t blown away in the way they would be if made in a similar substance on Earth.

A clear footprint cannot be made in vacuum because there is no moisture to hold its shape.

The Build Team first tested whether dry or wet sand made a more distinguishable footprint by stepping in them with an astronaut boot. It was clear that the wet footprint had more detail than the dry footprint. They then placed sand similar in composition to the Moon’s soil in a vacuum chamber and stepped on it with an astronaut boot, which made a clear print. The reason provided for this was that the unique composition of lunar soil allows it to behave differently than terrestrial soil.

It's also listed in Wikipedia under Moon landing conspiracy theories.

Unfortunately, I'm not totally happy with the quality of the sources. The Telegraph is a general purpose newspaper, and the person who wrote the article doesn't seem to be scientist. Likewise, the Mythbusters are not expert scientists. Similarly with Wikipedia...

Not the answer you're looking for? Browse other questions tagged physics astronomy moon nasa .

30
Is the Moon young?
8
Is it possible to get to the power needed to thrust a rocket so that it can escape from earth?
32
Did the Quran predict the speed of light?
34
Did Manahel Thabet develop a groundbreaking formula to measure distance in space without the use of light?
8
Do Qur'an verse counts correspond to the moon landing date and take-off time from the surface of moon?
21
Does turning the lamp in my classroom off and on use more energy than it being turned on for 30 minutes?
14
Did China's Chang'e 5 land before November 30th 2020?