The charity Oxfam recently launched a media campaign about global inequality with the startling statistic (this page on their website):

...inequality is rising: the combined wealth of the richest 1 per cent will overtake that of the other 99 per cent of people next year...

The Economist is skeptical:

Oxfam’s projection should be treated with caution. The charity uses a straight-line projection of the trend in wealth shares in 2010-14 to forecast that just 50m adults will hold the majority of the world’s household wealth by next year. That is both too simplistic and arbitrary. If Oxfam had based its forecast on the trend in 2000-14, then the crossover point would have been 2035.

They also point out that the method Oxfam uses puts too much emphasis on the very top earners and ignores major gains in wealth for the middle earners of the world's income distribution. And they don't use the best metric for wealth. Other estimates about the distribution of wealth suggest that extreme poverty has been dropping quickly (see, for example, GapMinder) in contrast to the Oxfam claim that the wealth of the poor is declining.

So is the Oxfam statistic right and will the richest 1% now have more than the rest of us put together?

When the question was first asked Oxfam had projected the result and this cause some confusion. But in 2016 they announced (Guardian report here) that their claim was already true. They added the statistic that the richest 62 people now had more wealth than the poorest 50% of the world's population. I don't think this changes the question as both claims are about the shape of the distribution of wealth. So the question is are Oxfam's claims about the distribution of wealth true.

Oxfam have turned this exercise into an annual jamboree of shocking statistics. Their latest claim (reported in the Guardian in January 2017) is that:

Their methodology has been criticised before, is this estimate any better than the others?

PS I've updated the title to match the latest claim. However, all the claims are based on the same analysis so a good answer should address all of the different versions Oxfam have presented over time.

I'm taking the question very literally. Only counting wealth and not debt. On that measure this claim is false.

The reason is that using Oxfams method of analysis the combined debts of the world most indebted people cancels out the wealth owned by a lot of merely poor people with modest assest and no debt.

Look at this person: 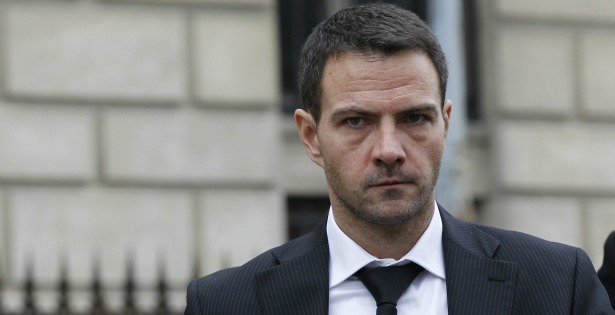 According to Oxfam this is the worlds poorest man with a negative net worth of 6 billion. Their position is that he owns negative wealth.

His debts will almost certainly die with him but until they do his debt cancels out 6 billion of the wealth owned by hundreds of thousands of merely poor people for the purposes of their analysis.

My niece, who just got her first 50 cents in pocket money, has more money than the poorest 2 billion people in the world combined.

On to the other part of the question. How much wealth is there in the world:

Credit Suisse’s 2013 Global Wealth Databook. First of all, you have to find the total wealth in the world, which you can find at the bottom of the fourth column on page 89: it’s $241 trillion

How much wealth is owned by the top 1%?

So that claim is also false.

Not the answer you're looking for? Browse other questions tagged economics wealth poverty .

92
Do the 26 richest billionaires own as much wealth as the poorest 3.8 billion people?

8
Would the United States lose its title as the richest country if we exclude top 5% wealth holders?
0
x percent of people own y percent of the wealth
6
Has the Catholic Church lifted more people out of poverty than any other civic institution?
18
Is the “Asshole Effect” a phenomenon correlated with wealth?
9
Does nearly half the world's population live on less than $2 a day?
92
Do the 26 richest billionaires own as much wealth as the poorest 3.8 billion people?
7
Did the wealth gap shrink under Trump (pre-pandemic)?
53
Has the distribution of income and wealth in the USA got much more skewed towards the rich in the last 4 decades?