Did any satanic cult ever commit organised ritual murders or sacrifices?

In Manhattan Beach, CA in 1983 members of the McMartin family were accused of a variety of abuse charges against the children in their care.

It was reported that the children:

There were all manner of other abuse allegations filed, but in the end all accusations were found to be either baseless or completely disproven. The case has become now become an example of a modern-day witch hunt.

It lasted six years -- the longest US criminal trial in history. At a cost to the state of $15 million, it was also the most expensive. No convictions were obtained. The main evidence of abuse was based on what the children testified were memories of repeated, sadistic, ritual molestation. Years later, child psychologists realized that such memories can be easily implanted in children's minds by the interview techniques which were used at the time. Since psychologists and police investigators have changed their methods of interrogating young children, no more MVMO cases have surfaced in the U.S. and Canada. The children's testimony was supported by medical tests, which were believed at the time to be accurate. Years later, they were found to be useless. same source

While no one can argue that throughout history, there have been killings where religious inspiration is a primary motive, in America the spectre of satanic cult killings looms mostly in stories, movies, and urban legends which tend to crop up around particularly gruesome or unexplained murders. These claims reached a peak in the 1970-1980's.

It seems logical, even for skeptics that since believers of most faiths gather together to practice their rituals and worship that satanic churches or cults could logically be assumed to do the same.

But do these rituals really include murder and human sacrifice?

A quote from the church of satan states

Due to the high volume of mail that we receive from young people who are new to Satanism, we have put together some information to help answer your specific questions and concerns.

If you have read our books, you know that Satanism isn’t about taking drugs, and it isn’t about harming animals or children. Unlike many religions and philosophies, Satanism respects and exalts life. Children and animals are the purest expressions of that life force, and as such are held sacred and precious in the eyes of the Satanist. Besides, it is very un-Satanic to take any creature’s life against its will. source

However, there any many, many cases where organizations (public,religious,private,legislative) have said one thing and practiced another.

After some searching I have found may claims which have been hard (or impossible) to verify that satanic churches or cults have committed anywhere from hundreds to thousands of murders nationwide over the years.

However, I have been unable to find any hard evidence for specific cases where a satanic church/cult has been proven guilty (or legitimately claimed responsibility for) of either ritual murder or human sacrifice.

While the church of satan does exist, I can find no evidence that it is engaged in any national conspiracy to commit ritual murder/sacrifice and/or cover up evidence of such.

But you can find internet warnings such as

There are an estimated 100,000 or more Satanic cults in America. Those numbers sadly are out-dated and from the 1980's. The numbers are much higher now of course. But it's not a priority of the F.B.I. to track anymore. Police are NOT allowed to call a ritual murder done to someone as so. There are certain codes for these type Satanic murders source

Is there any evidence that there are organized satanic churches or cults committing ritualistic murder and/or human sacrifice across America? Or is this another conspiracy theory/urban legend which could be possible, but has little to no proven basis in reality?

In Italy, we had the Beasts of Satan killing 4 people for "Satanic" reasons, of which at least two in a satanic ritual. 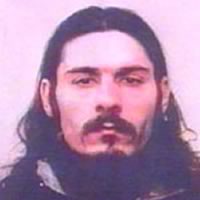 To give a bit more context: two of the killers confessed to the murders and the motivation, the rest of the sect, also jailed, maintains that it was only the work of the two killers, and that the confessions are false and motivated by reduction in jail time.

So on these basis, I think we can believe that at least the self-accused killers have been committing murders with a satanist ritualistic intent.

The wikipedia article only has links to the news. More reputable information, via Google translate, follows. I've been fixing the translation where not good.

From the CESNUR web site, the Center for Studies on New Religions:

In addition, one of the accused, Mario Maccione, was thought to be a medium, as other members believed it to be "possessed" by demons during the celebration of the homemade rites performed by the group. Even the murder of Marino and Tollis seems to be part of a satanic ritual context, however - partly because of the defensive strategies adopted by lawyers in various ways - the stories about the facts given by the accused in court show some discrepancies. In any event, on the evening of the disappearance, Fabio Tollis and Chiara Marino were killed with edged weapons and blunt instruments and thrown on top of each other in a hole, dug some days before by Pietro Guerrieri.
—source

According to the acts of the tribunal (in the words of one of the accused on his blog):

According to Maccione, the group was devoted to spiritualism, and he was the medium that was in a trance (p. 3), the demons spoke through him, they responded to the names of demons "Noctumonium, Satemonum Delirium, Gelimer, Mortiferium Fierce and Mortifugo ".

According to Guerriero, Chiara (the first victim, n.d.r.), in the eyes of the group, represented the Madonna, then Maccione (or daemon through him, to be exact), gave the order to kill (77), while Fabio was killed because he imitated the trances of Maccione (95 -120). According Maccione, however, Fabio and Chiara had spontaneously decided to be killed for sacrifice to Satan (12-15-40).
—source

From an interview to the group's "medium", Maccione:

Mario excludes the presence of a higher level in the organization, someone who was giving orders from above:
"It is true that outside there are many satanic cults. But we were alone, we killed each other out."
And the killers who survived, then? Volpe, Sapone, Leoni?
"We are all enemies."
—source

Not the answer you're looking for? Browse other questions tagged history religion mortality criminology .

12
Do ley lines exist in the landscape?
51
Is Christianity responsible for the scientific method?
22
Was there an organized early Jerusalem church?
13
Is the novel "Sleepers" a true account?
21
Did the Ottoman government kill ~1 million Armenians during and after World War I?
40
Does banning fictional portrayal of child abuse reduce actual child abuse?
7
Do mass shooters tend to have been bullied as kids?