A friend of mine recently became pregnant one of the more woo things she has come out with is Chinese Birth Charts.

On the admittedly tiny data set of 5 the chart was 100% accurate. 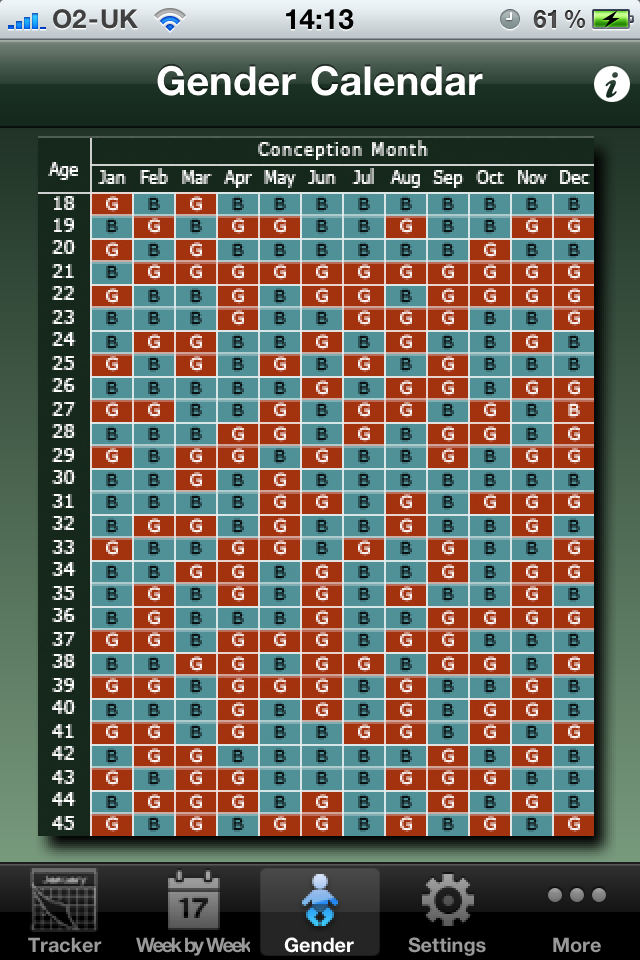 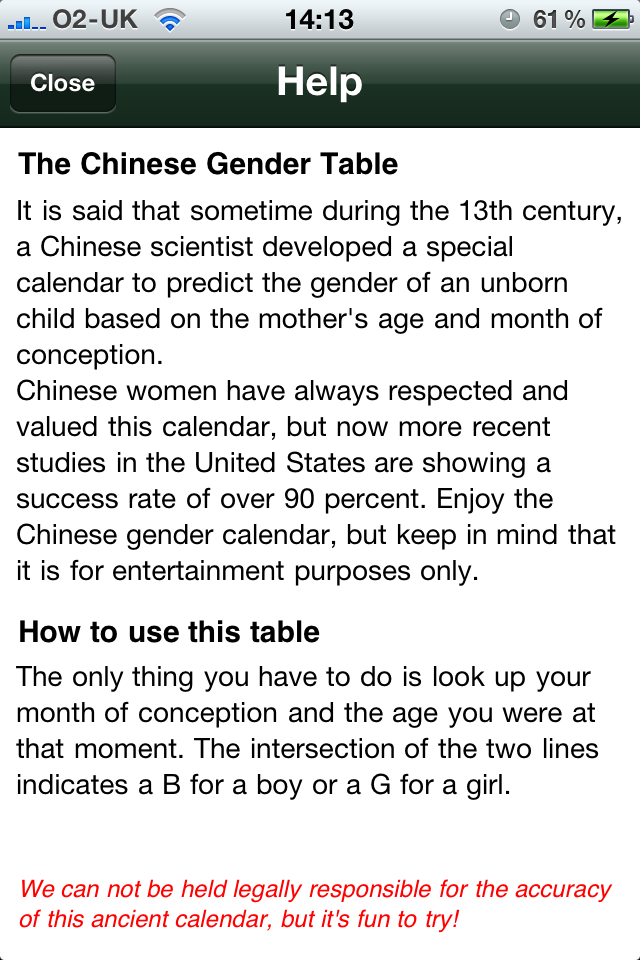 I in no way believe this can be 90% accurate as some claims make out. But I'd like to see some studies.

Can any one please point me to studies/papers that prove one way or another.

I found this website and several others with very similar text which describes the hypothesis.

It talks about male and female sperm carrying opposite electrical charges, and the female ovum cycling between positive and negative charges thus determining which sperm can fertilize it. Apparently this cycle is synchronized for all women everywhere and thus can be conveniently charted.

The page also talks about some research that confirmed this hypothesis, including one that said that sperm were either attracted to cathodes or anodes depending on whether they carried an X or Y chromosome. I found this bit on sperm sorting which describes labeling the sperm with a dye that attaches to DNA (and X chromosome has more DNA so will fluoresce more brightly), and then attaching a charge to each one using a single droplet of charged fluid, before sorting them. I suspect this method was confused as the sperm already carrying a charge.

The only thing that differs between male and female sperm is the DNA they are carrying. They do not only carry an X or Y chromosome, they carry fully half of the entire human genome, including one of the sex hormones. If the X and Y chromosomes have opposite charges, what charge do the rest of the chromosomes have? What happens when an X and Y chromosome are combined in a cell nucleus--do they tear through the rest of the genetic soup to snap together like fridge magnets? DNA is all made of the same stuff and the charge carried by each chromosome is the same (that is, none), so this theory can't possibly be true.

The real odds of this chart are 50%, the same as all the other outside-the-genetic-laboratory sex selection techniques.

It's easy to see that the predictions don't make any sense:

As a (amusing?) side note. If one was to always predict a boy, they would be right 51% of times! More than random chance :-)

Not the answer you're looking for? Browse other questions tagged astrology pregnancy .

11
Does marriage between first cousins double the risk of birth defects?
16
Did an American woman give birth to 17 babies at once?
9
Does Chinese astrology influence death rates?