Does the “chalk code” exist? [duplicate]

I came across this image recently, that claims the existence of a code known by criminals. The post does not mention the area where this code is supposedly used, but it can be inferred it pertains to unorganized burglars. 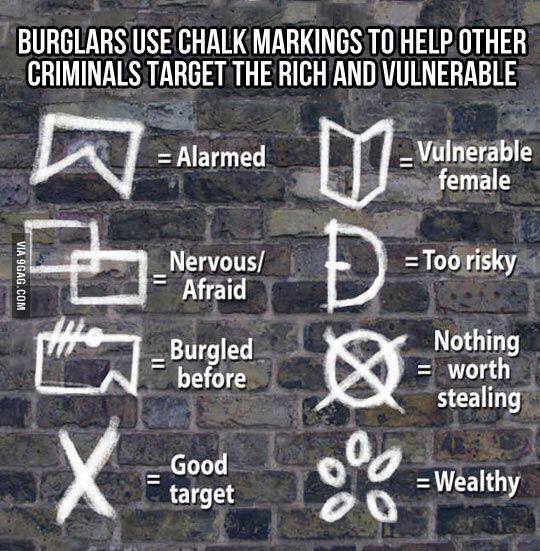 It's easy to think that this code would go out of vogue with the Internet, but even so there's something about the idea I find too romantic to be true. Here's a similar code used in the episode of Mad Men titled The Hobo Code: 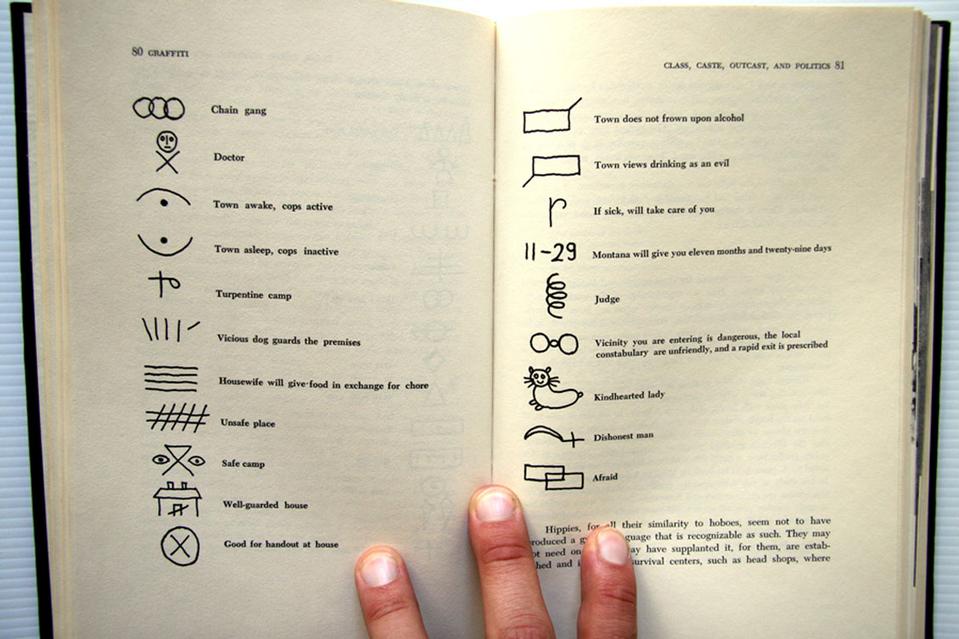 There are many more images like this found on the web. I mentioned I find the idea too romantic to be true, here's why:

I will allow that it's possible for such a code to have existed at some point, before being written off as a Bad IdeaTM.

So, the question: Has there ever been any evidence of symbols marking property, that is known to describe the property's owners or content, intended to be used by criminals?

23
Are “burglar codes” used to target homes for crime?

14
Does having a jury increase the chance of justice being served?
24
Do professional assassins exist?
10
Are there 10 time more home invasions in the UK than the USA?
48
Do murderers tend to return to the scene of the crime?
5
Does the 'Mafia' still exist in Italy?
9
Does the extent of illiteracy in children correlate with future criminality?
33
Does the death penalty in California cost more than $300m per execution?
7
Do Roma people make up 60% of the Czech prisoners?