Fat Burning Zone -- Is it real?

Does low-intensity, long-duration exercise really "burn fat" at rates higher than highly aerobic exercise? Is the academic case for this view actually strong? It seems like a lot of accepted knowledge in the exercise industry has a weak scientific basis.

From the American Council on Exercise:

In a 30-minute aerobic exercise:

... working at a lower intensity requires less quick energy and a higher percentage of fat is burned. But you'll also burn fewer calories than you would if, for the same amount of time, you work out at a harder intensity (e.g. running versus walking).

During the same amount of time you don't use more calories at lower exercise intensities.

If you're trying to lose weight and you have only 30 minutes to work out, you would burn fewer calories walking at a moderate pace compared to walking at a fast pace.

Working out at higher intensities may cause you to burn a lower percentage of fat, but since you burn more total calories, you still use more fat calories.

Looks like you are right and the fat burning zone is a bit of a falicy. To quote this research:

And they also have this table to show the results: 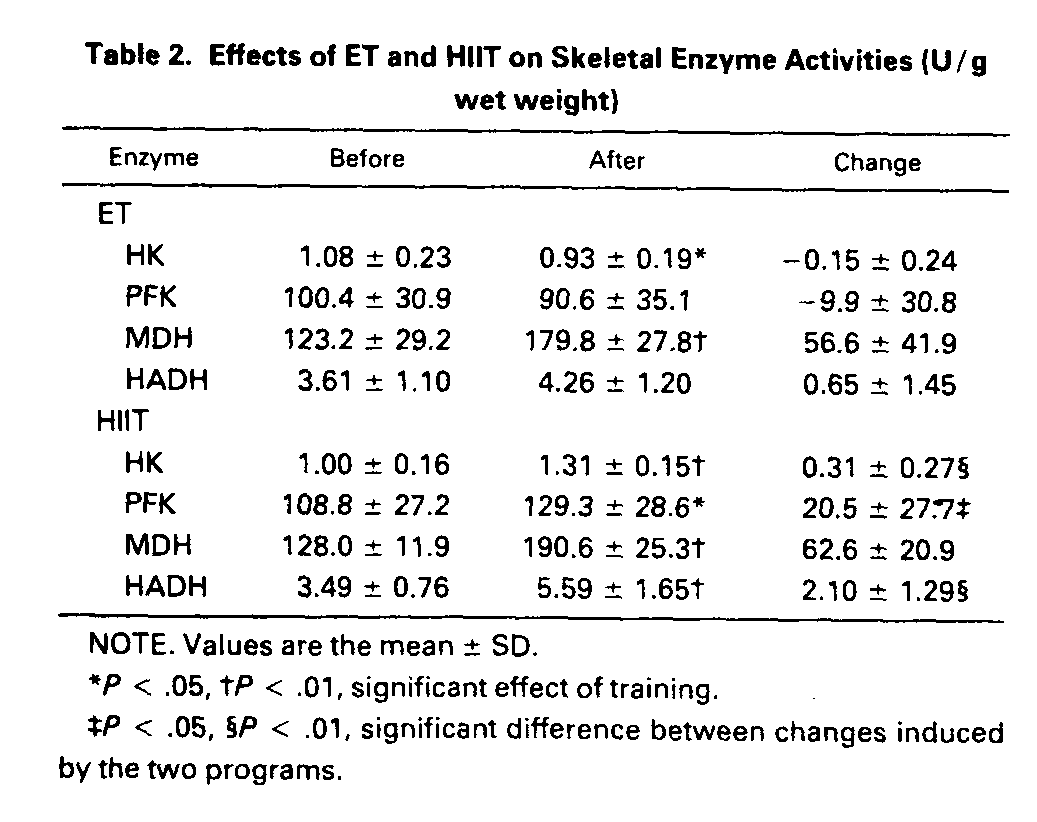 At 9 times the fat burning power of low intensity exercise I know what i'm going to be doing to lose weight!

To add another table from the link study:

Or from a percentage point of view the HIIT group did roughly 48% (57.9/120.4 for the percentage) of the work that the ET group did, but the people on the HIIT study lost more body fat (note that average overall weight loss was virtually non-existant for both groups).

If you now take that 48% and extrapolate it up to 100% it works out at an equivalent subcutaneous skinfolds loss of 28.99 (13.9/0.48), this equates to about 6.5 times as much subcutaneous skinfold loss. Now i'm not a mathmatician, and I have only taken one row on the table into account without taking any standard deviations into account the the above workings out are going to be messy and inaccurate, but they should hopefully illustrate the point.

35
Are we eating too many carbs? And do we need to switch to the primal/paleo diet?
7
Do Zerona laser treatments have any effect on fat reduction?
9
Does lean mass aid burning calories?
59
Does burning your food increase your risk of getting cancer?
21
Can fat people survive starvation longer than skinny ones?
0
Do sugary drinks make you fat?
3
Is cryolipolisis effective as a fat reduction method?
9
Is diet soda making older people fat?
2
Does coffee cause fat and cellulite gain?