Did Neil Gaiman say “A book is a dream you hold in your hand”?

There are lots and lots of people on the web repeating a claimed quote by Neil Gaiman, with some variations:

A book is a dream [that] you hold in your hand[s].

Very few of these people bother to cite a source. Those who do, cite some other web page. No one seems to be citing something actually written by Neil Gaiman, or an interview with him, or a tweet, or anything.

Did he really say or write this? Where?

I cannot find the source of the original quote. However Neil retweeted an image that showed the quote and said "beautiful." 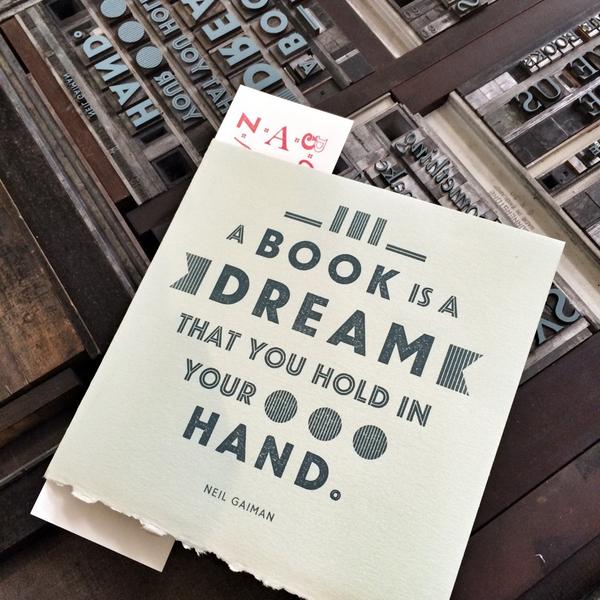 Since this is from his verified Twitter account and he did not deny he is the source of the quote, I think it is safe to assume he said it. 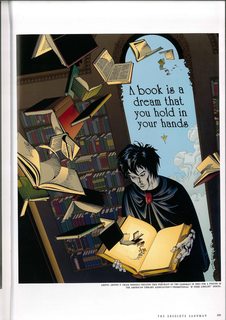 It was "hands" originally, in the P. Craig Russell's The Sandman poster from 2003, drawn for the American Library Association promotional "@ Your Library" series.

In 1993, I was approached by the National Library Association though DC Comics to produce their annual posters, given away to libraries across the country. This year featured Sandman, a graphic novel favorite, its success sometimes measured by its disappearance from the shelves. This piece got great distribution through libraries, but has seldom been seen elsewhere. 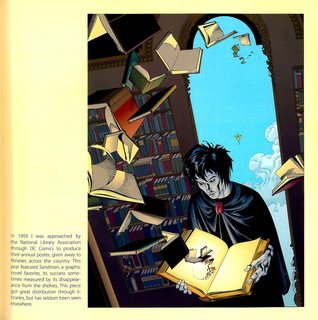 Notice that the poster doesn't have the words on it, so they must have been added by Neil Gaiman.

In fact, one can see this poster in the book being leafed through in this video (at ~0:29).

44
Did Mahatma Gandhi say “I like your Christ, I do not like your Christians."?
80
Did Einstein say “if you can't explain it simply you don't understand it well enough”?
2
Did Jonas Salk say “I have had dreams and I have had nightmares”, etc.? Where?
8
Did Neil Gorsuch found the ‘Fascism Forever Club’ while in school?
27
Did Amin al-Husaini say, “slaughter Jews wherever you find them”?
5
Did Maxim Gorky say “You must write for children the same way you write for adults, only better”?
5
Did Morgan Freeman say “Oppression is being told you can't say certain words because you will offend someone else”?
5
Did Lord Kelvin say “If you can not measure it, you can not improve it”?
9
Did Charles Dickens say “The New Testament is the very best book that ever was or ever will be known in the world.”?
0
Did Vincent Van Gogh say "If you truly love nature, you will find beauty everywhere”?